Us as fashionable women take pride in how we look, whether it be for ourselves, our friends, or our guy.  We put on a little more make-up when we’re getting ready for a date, and make sure we look our best for a girl’s night out on the town.  But according to men, not all the things that we consider look good are needed.  Find out below what these things are:

This may be the biggest one.  Guys love when girls decide to go au natural or add a hint of makeup here and there, NOT when they decide to go heavy-duty on their face.  The majority prefer Zoe Saldana’s natural beauty over Lil Kim’s over the top look any day.  All of that blush, foundation and eye shadow is not needed- they would rather see how you look waking up than how you would after spending an hour in the mirror.

Now I for one am not a huge fan of fur boots myself, though I can appreciate a cute pair.  Guys however, hate this look.  Some refer to Uggs as “elephant feet.”  Others can’t stand the smell of them when you’re walking in them sockless all day.  But their biggest pet peeves when it comes to these warm, comfy boots?  Wearing them in warm weather!  A pair of shorts with fur boots in the summer-Why????!!!  Some things (regardless if you agree or not) should only be worn for the season they were made for.

Women of all ages like to add a few pieces to their hair, but their men would like it if they didn’t.  They do not want to meet you today with your real hair and next week see you with an extra foot of extensions.  You’re not fooling anyone, and certainly not him.  They like the real you, whether you have a pixie cut or naturally long locks- and if they don’t, they weren’t worth your time anyway.  False eyelashes are another issue.  So many guys have wound up talking to a girl and minutes later an eyelash is hanging off her eye.   Even worse, some have fallen asleep next to a long-lashed girl, only to have them stuck to the pillow the next morning.  You don’t need the extra ALL the time, girl.

While doing research for this article I was surprised to see how many guys do not like this piercing.  Some even looked it as an “accidental piercing,” something only a blind piercer would do.  They believe it is the most awkward looking one there is.  Eyebrow and nose piercings they deemed alright, but about 95% of men don’t find a Monroe or pair of snake bites attractive at all.

Now a lot of women when they read this will probably say “Oh come on,” but in all honesty, a lot of us abuse this quick slip-on.  We wear them when we dress up and honestly, flip-flops and a nice dress does not go well together when you know a pair of sandals would look 10x better.  Men feel they are acceptable when you are going to the beach or pool, but if he is taking you out on a date he would prefer you’d put a little more effort into your footwear.

A mixture of guys said these types of bottoms resemble high-waters.  Some even went as far as to say they look as if they were shrunken in the dryer-ha!  “Pick one-shorts or pants, not in between.”  Simple as that.  I’ve never been a fan of the “in-betweeners” either, so this one has my seal of approval.

Stop- Hammer-time! Uhh, no.  According to a few guys, these parachute pants are a deal breaker.  They want you to show off your figure- not hide behind a pair of “trash-bag pants.”  Men say these type of pants take them back to their childhood- when they watched Aladdin.  As cute as thy may be to us with all the colors and patterns they come in, the males in our lives prefer a nice pair of fitting jeans over these any day.

Now this one I had a hard time seeing.  I love jumpsuits, I think they are a great alternative when you want to take a break from rompers and dresses.  But guys?  They simply see these as onesies. “Onesies are for toddlers, not a grown woman.”  Woah.  Well  to each is own, right?

While some men think tattoos on a woman are sexy and give her an edge, they don’t expect us to have portraits all over our bodies.  Tattoos are more attractive to men when they are small, not overbearing. Getting your boyfriend’s name or something overly sexual on your backside is a NO-NO.  Keep it classy, not tramp-stamp trashy, honey. 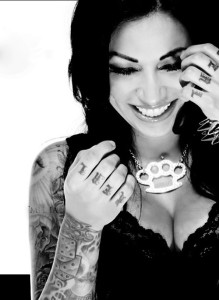 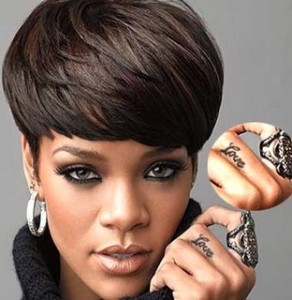 Ruffles, lace and bows- so pretty, right?  Well not so much to men.  They find women who dress overly girly are involved in “princess overkill.”  They want a mature, young woman, not someone who could play dress up with their 10-year-old sister.  When some guys see this, they automatically think harajuku, and not many of them would want to take out a girl dressed like a Disney princess. 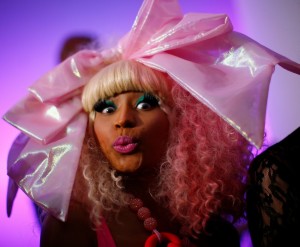 Clogs-  These wooden shoes have never really been in fashion.  Guys can’t stand them, and honestly, most women can’t either.

Just remember, a lot of the thing we see trendy guys find trash-worthy.  While doing this article a few of the things I saw guys do not favor made me chuckle, more-so because I agree on a few.

Tips for Traveling While Sick
Come Join Me at the Independence Center Annual Girl’s Night Out
I'm hosting the #StarbucksRefreshers Twitter Party on 9/15
4 Things to Focus on to Pick Yourself Up and Re-Energize Your Life
Article Tags:
fashion · Fun · style · Tips · Uncategorized
Article Categories:
Fashion