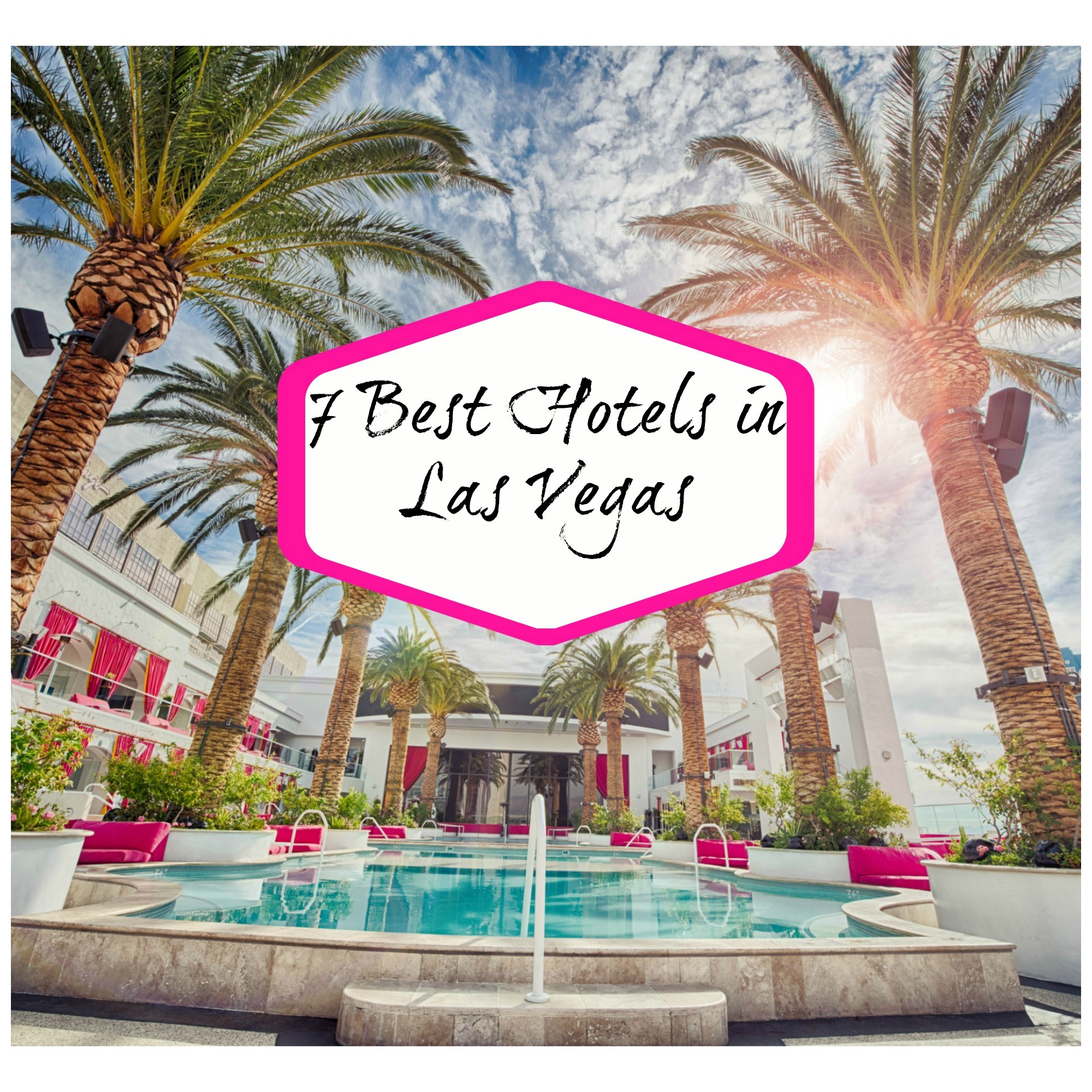 If you are planning on spending some time in Las Vegas here is a list of 7 Best Hotels to stay at in Las Vegas. These hotels have something for everyone, including shopping, concerts, casinos, and delicious restaurants. There is sure to be something for you to do at your stay in one of these Las Vegas’s Hotels.

Park MGM has rooms that are relatively on the affordable side.  It has 6 restaurants and includes a cocktail lounge. Like most hotels, the Park MGM has its own casino. Park MGM host lots of live performances, some of which have included Bruno Mars and Cher. They provide several amenities like a pool and cabanas, a concierge, gym, and shopping.

The Cosmopolitan of Las Vegas

The Cosmopolitan of Las Vegas focuses on certain deals targeted towards specific customers needs and wants. Check out their website to receive the full details on these deals. With over 20 restaurants, ranging from high-class restaurants like Blue Ribbon to Starbucks they have something to eat for almost everyone. Currently one of their most popular events is their Dive in Movie Theater at their pools over the summer.  They also have live concerts with recent performers like Dane Cook and Rebelution.

With 18 restaurants and voted “2015’s Best Variety of Resturants” by Casino Player magazine, Caesars Palace has a selection of restaurants that one would only find in Las Vegas. They have many amenities like pools, spa, and shopping areas. They even have a salon and Top Golf area. Nightlife activities include concerts, casinos, and much more. Check out their website for the full list of their upcoming concerts.

Casino and virtual reality room are just some of the few amenities included at MGM Grand. They are one of the few places that have restaurants open 24/7. Their pools provide comforts like poolside food, drink, and even a live DJ.  Their newest attraction is Level Up entertainment, which includes games for any age!

The LINQ Hotel is known for its restaurants, like Guy Fieri’s Vegas Kitchen and Bar, but there is much more to do at the LINQ Hotel. They have an outdoor shopping center and an outdoor live music venue. They even have the world’s tallest observation wheel. Some unique entertainment that they have includes  32 outdoor bowling lanes with live music and ziplining only offered at The Linq on the Las Vegas Strip.

One of the more unique hotels in Las Vegas, Paris Las Vegas Hotel offers a French theme hotel. Located right next to the Eiffel Tower, they claim to have the best view of the lit up Eiffel Tower at night. They even have a rooftop nightclub called Chateau NightClub. Paris Las Vegas pool is like a French courtyard theme pool.  They even have French themed bars like Napoleon’s Lounge, Le Central Bar, and Le Cabaret Bar.

With actual Flamingo surrounding the hotel, Flamingo Hotel is a hot pink themed hotel. Known specifically for their Beach Pool clubs, the club has plenty of drinks and snacks for everyone. Like some of the other hotels listed, Flamingo Hotel also offers amenities like a spa, golfing, shopping and a salon.

Next time you are staying in one of these Las Vegas hotels, make sure to check out, Top 10 Places to Eat in Las Vegas.

Injured On Your Travels? Here's What To Do
4 Reasons Orlando Makes a Great Place To Visit
14 National Parks to Visit this Thanksgiving
Girls Trip To Florida Captured with my Samsung Galaxy Note 3 #VZWBUZZ
hotelslas vegastravel
0 comment
0
FacebookTwitterPinterestEmail

7 Ways to Make Money Without Leaving Your Couch

Splurge vs. Save: Summer Makeup Guide

How to Get Your Travel Fix While At...

Top 5 Places Worth Visiting in Switzerland

10 Best Places to Visit in Pittsburgh

Tik Tok Creators Who Will Change Your Life

10 Underrated Cities to Add to Your Travel...