new scoop
A Patriotic Act is Educating Yourself
Why Eliza Is The True Hero Of “Hamilton”
Hamilton and Its Relevancy Today
“Good Boys” is Hilariously Raunchy – Movie Review
A ‘Dear Evan Hansen’ Movie Is In The...
Best Tweets About Hamilton Coming to Disney+
Refreshing Lemon Loaf Recipe
3 Quick Up-Dos To Do In Less Than...
Top 5 Movies of 2020 (So Far)
Community Parody Episodes – 10 That You Need...
MoviesUncategorized

A Closer Look at the Eight Leading Ladies of #Oceans8 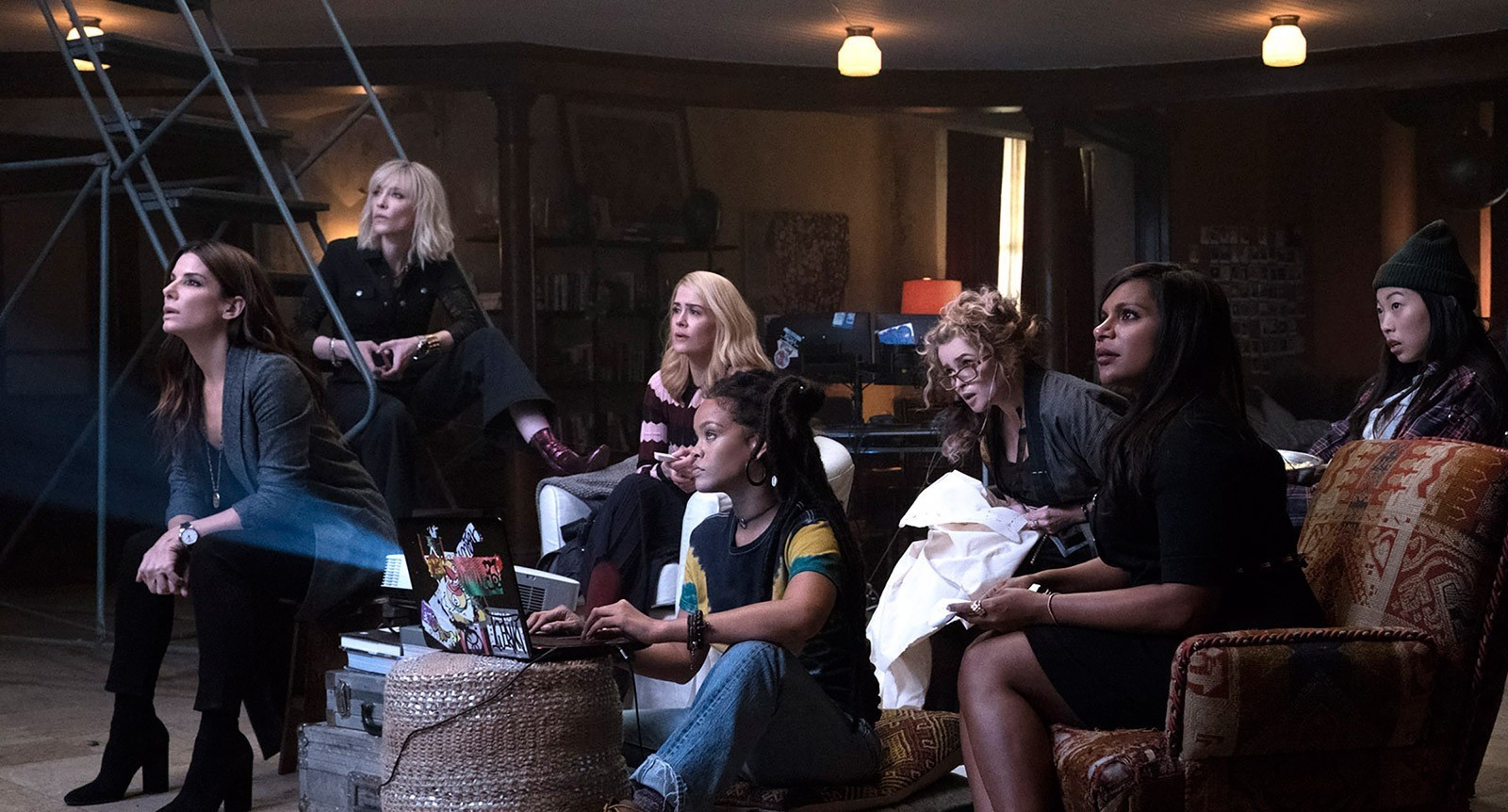 The biggest movie of the summer is finally here!  Ocean’s 8 is now in theaters and it’s definitely one of my new favorite movies.  After being held in prison for more than five years, Debbie Ocean (Sandra Bullock) is released and ready to start working on her biggest heist yet.  She recruits her go-to sidekick Lou (Cate Blanchett) and the help of six other women to rob the infamous Met Gala. Each woman has their own special skill and talent that is essential in pulling off the heist.  With careful planning and attention to detail these eight women have the chance to be rich beyond their wildest dreams. Here is a closer look at the eight leading ladies of Ocean’s 8, in theaters now!

Sandra Bullock does an absolutely fantastic job of playing Debbie Ocean.  Her criminal instincts, careful planning and calm and collected attitude lead the way for the rest of the characters in the film.  Bullock was the perfect actress for this role.

Cate Blanchett plays Debbie’s criminal sidekick Lou, and the two have an incredibly real, at times hilarious friendship on screen.  Lou helps plan the heist with Debbie, even though she has some doubts about the whole operation. Lou’s sly attitude combined with Blanchett’s acting make for an overall amazing character.

One of my personal favorite actresses, Anne Hathaway plays the high-profile celebrity Daphne Kluger.  Debbie’s main plan in robbing the Met Gala consists of stealing an incredibly expensive Cartier necklace off of Daphne’s neck.  This movie wouldn’t be possible without Hathaway’s talent of playing the snotty, self-absorbed icon.

Helena Bonham Carter plays the washed up and slightly wacky fashion designer Rose.  Rose’s role in the heist is essential to its success. Her job is to design a dress for Daphne to wear to the Met Gala and convince Cartier to let her wear the expensive necklace that goes perfectly with the dress.  Carter does a fantastic job of playing the kooky fashion designer with a taste for crime.

Everyone’s favorite singer and fashion icon makes a special appearance in Ocean’s 8 and her talent completely blew me away.  Who knew this girl could act? Rihanna plays Nine Ball, the chill and laid-back computer hacker.  Her job is to hack into the Met’s security cameras to keep the heist under wraps.

Sarah Paulson is best known for her work in the television series American Horror Story, but she was superb as Tammy in this film.  Tammy is an unexpected choice to assist in the heist, but her role is very important.  Years before Debbie Ocean contacted her, she made money as a fence — a mover of stolen goods, and that’s exactly what her job is in this operation is.

Comedian Mindy Kaling plays the diamond expert Amita in the film.  I have always been a fan of Mindy Kaling and this performance, like all of the other performances in this movie, was stellar.

Awkwafina got her start as a rapper, but she could definitely have a career in acting as well.  She plays the thief with quick hands Constance. Any good heist needs someone who can easily swipe things without anyone noticing.

Are these eight women able to pull off the heist?  Find out by seeing Ocean’s 8, in theaters now!

A Patriotic Act is Educating Yourself

Films to Celebrate the End of LGBTQ+ Pride...

I enjoy reading the blog and want to share a happy thing that happens to me these days. Got a thing that makes me too cheerful. Experienced the Purple Leather Jacket on me and it made my day. I would recommend the ladies to get it for themselves.