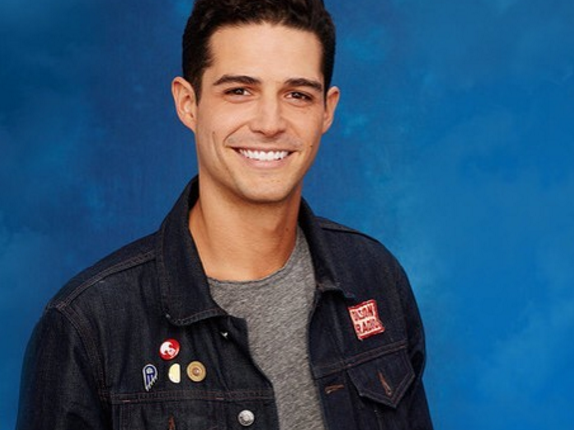 Adams first appeared on bachelorette Jojo Fletcher’s season, debuting last May, 2016.  Of the recent scandal and with the suspension of BIP season 4, Adams speaks out on Twitter saying:

“…Some of the greatest moments of my life happened in Paradise. Some of the greatest people I’ve gotten to spend time with (in front of and behind camera) happened in Paradise. One of the most beautiful and genuine love stories unfolded in front of my eyes in paradise. My heart breaks for those that don’t share the same experiences. Please don’t perceive this as insensitive or accusatory in any way. I’m only describing my journey there and I’d ask before you pass any judgment or say hurtful things to anybody about this, you remember there is a lot unknown and untold. Understand that my perception and experience is only mine to tell, but it’s an honest one and one that I will cherish forever.”

A source for E! Online revealed that Wells had arrived on set after a heartfelt sendoff was filmed for Jorge and after the alleged incident occurred between contestants DeMario Jackson and Corrine Olympios (sources say she had a boyfriend going into filming). As to whether or not Adams will be bartending for the remainder of season 4 is still in question, as production has been suspended during the investigation process. Chris Harrison gave us more details here.

Stay tuned to learn more, and until then, find out what former bachelor Ben Higgins and bachelor in paradise contestant Ashley I had to say about the involvement of producers on the show.

Exclusive Interview with The Bachelor's Olivia Caridi: Her Life Now
Jasmine Goode Speaks Out About Corinne Olympios and Bachelor In Paradise Scandal
Got A Spare Few Minutes? Here's How To Fill Your Spare Time
Brandon Ray Shares About Newest Single "Ends Of The Earth"
bachelorhollywoodhollywood gossipwells adams
0 comment
0
FacebookTwitterPinterestEmail

Chris Pratt: How He Makes His Marriage to Anna Faris Work