The teaser is kind of like life: it goes by fast! A young Christopher Robin asks Pooh to never forget him. Christopher becomes a busy man as Disney goes right for the feels. Thankfully, Pooh Bear kept his promise! He’d never forget Christopher Robin. When facing his grown-up friend, Pooh looks somewhat sad when he asks, “Are you glad to see me?”

As quick as this peak is, it isn’t short of a few laughs. Pooh kindly thanks a taxi driver for the lift and freaks the poor guy out. Christopher Robin enters his kitchen to find the silly old bear has accidentally broken his ladder—or should we say his shelf!

After watching this teaser, I hope Disney releases stuffed animals based on the film because I would buy them all!

Of course, Disney wouldn’t just give us a thirty-second peak. New images from the film also dropped and they’re super adorable. Check out Christopher carrying Pooh through the busy city! It looks like he’s bringing him home after what might be their reunion in the park.

Wondering how long until Pooh hits the big screen? Disney’s Christopher Robin is just a month away! With summer in full swing, take a page from Pooh, Piglet, Eeyore, and Tigger. Relax and enjoy the holiday! 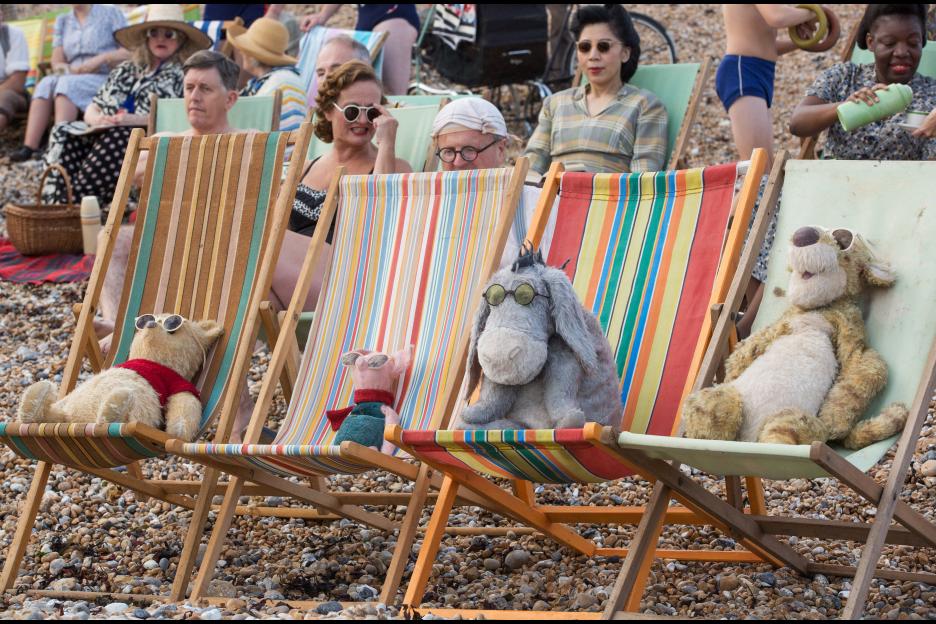 Interview with “Ant-Man and The Wasp” Star Laurence Fishburn