With all the negativity that surrounds us, I’m so excited to see the most anticipated feel-good movie of the season.  I’ll be heading to the NYC premiere next week and I can’t wait!! 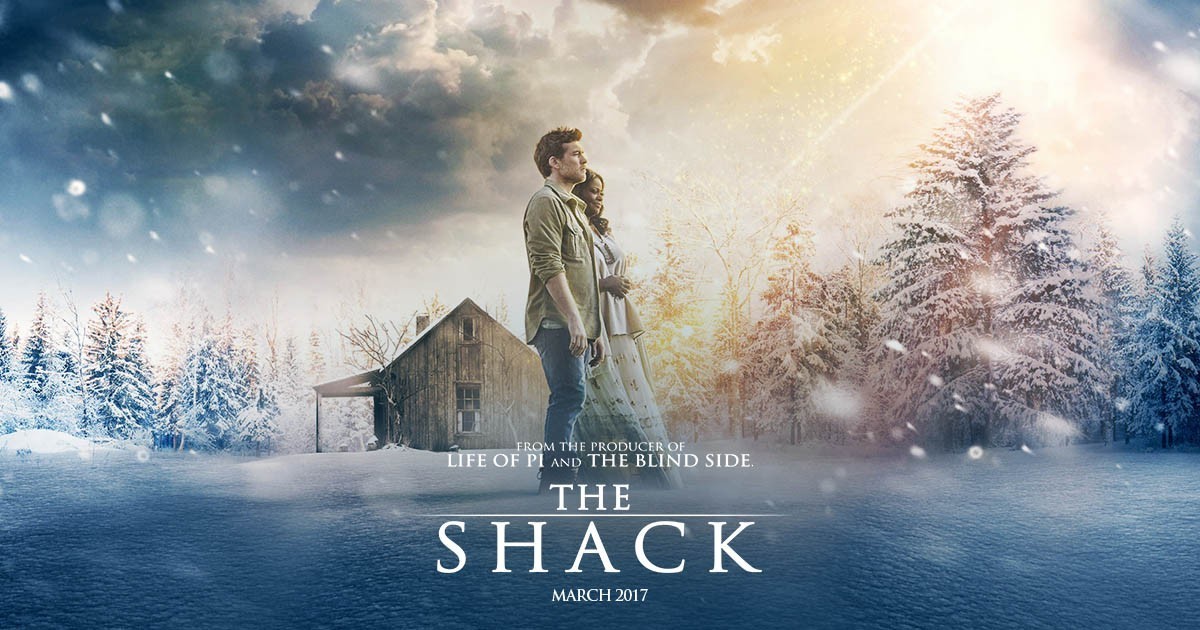 The Shack, coming to theaters March 3, tells the story of a father’s uplifting spiritual journey and how new truths and discoveries can end up changing a person’s life forever.  The story follows Mack Phillips, played by Sam Worthington, whose daughter has recently been murdered on a family camping trip.  Filled with grief and sadness, Mack spirals into a deep depression and begins to question some of his innermost morals and beliefs.

Facing a crisis of faith, Mack receives a mysterious letter urging him to travel back to the shack where the tragedy occurred.  He reluctantly returns to the shack located deep in the Oregon wilderness where he encounters an enigmatic trio of strangers led by a woman names Papa, played by Octavia Spencer.  The three help Mack transform his understanding of his daughter’s death and give him a different perspective on life.

Based on the New York Times best-selling novel written by William P. Young, The Shack promises to be an amazing film that will resonate with viewers long after they leave the theater.  This story of friendship and realization will definitely be one worth seeing in March.  If you were a fan of movies such as Life of Pi and The Blind Side, then you’ll surely love this film, as it’s produced by the same people.

The Shack is directed by Stuart Hazeldine and stars actors like Sam Worthington, Octavia Spencer, Tim McGraw, Radha Mitchell, Graham Greene and Aviv Alush.  I’m looking forward to seeing The Shack and I would strongly urge everyone to see this amazing story first-hand when it comes out in theaters on March 3rd!

You can watch the trailer for The Shack below!

Don’t forget to follow along with me next week as I share photos from the premiere @sarahscoop.

6 Ways To Look And Feel Younger

8 Bookstores Every Bibliophile Should Know About

The 10 Best Medical Shows of the Last...

10 TV Characters Who Are Surprisingly Hufflepuffs