Get The Scoop On Pop Artist Emii

Born Emily Rose Morrison in Pittsburgh, Pennsylvania, this future starlet always knew she wanted to be an entertainer. Her dream became a reality when she moved to Los Angeles, California to work with Slippery Eel Productions. At the dawn of 2013, Emii signed with theatrical agent Media Artists Group and has been booking projects ever since. From her recent lead role in sci-fi features: Starship Rising and Starship Apocalypse, which brilliantly showcased her martial arts prowess and seasoned acting abilities to her upcoming feature film, Damage Control: First Strike. Emii has also captivated audiences in major venues and clubs around the world, sharing stages with the likes of Flo Rida, Iyaz, Inna, Robin S., and Mia Martina. The bombshell pop beauty is definitely paving her own way and has received rave reviews from the likes of The Insider, Vogue, CBS, MTV Buzzworthy, Billboard Magazine, Rolling Stone Magazine (Middle East), MTV’s LOGO On Demand, Vibe, VH1′s Pop-Up Video, AXS, and shows no sign of slowing down. Check out my interview with the talented Emii!

How did you get started in the music industry?

My passion for music and entertaining developed at a very young age, and I was constantly writing songs and performing on stages I wasn’t necessarily welcome on (hey, when you’re a five year old, it’s easy to sneak up there!). In my early teens I began to take the pursuit of a career in music very seriously, and I would read whatever entertainment-related books I could get my hands on. From “All You Need To Know About The Music Business”, to books about entertainment law, publishing, etc. All I wanted to do was write, sing, act, make people laugh. I became very active in the local community theater (Youngstown Playhouse!) and as soon as I was old enough, I moved to New York City where I knew I could at least start to work my way through the chaos. From there I fronted bands, went to countless auditions, worked with whoever I could, and literally lived that starving artist cliche right about up until I met my independent label, Slippery Eel Productions.

Tell us about your newest single “Read My Mind.”

It’s all about that flirty mess of emotions that are stirred up when you’re with that special someone that just KNOWS you, possibly better than you know yourself. It’s perplexing but enticing at the same time.

What can we expect from you in the future?

I’ll be releasing my EP this summer with “Read My Mind” leading the way! I am also continuing to work on my acting career and have a few fun things in the works!

If you could collab with anyone, who would it be?

It varies drastically depending on whether I’m on the road touring, filming, or writing/recording in the studio, so I’ll just map out what today looked like for me (since I am currently home in Los Angeles). I woke up dark and early at 4:30AM to hit the gym, drove home, took Star-Lord (my 90lb German Shepherd rescue) for a walk, fed him and Hobbes (my cooler-than-everything orange tabby cat), grabbed some coffee before I started on this interview, snuck in an hour of Judo, showered, went to rehearsal, lost myself in MarioKart for half an hour, went to a couple of meetings, finally went home, memorized some lines for a film I’m working on, then hopped online to play some Star Trek: Bridge Crew VR to top off the day. I ate a bunch of food in there somewhere too, but just like in the movies I’ll spare you the boredom of most meals and bathroom breaks.

You seem to be an “uber nerd.” Tell us a little bit about that.

I’ve always been into sci-fi, comic books, video games, martial arts. I used to get made fun of for it in school, but it never bothered me. I’ve even had a couple of music producers try to tell me it’s “not cool” and that I should “hide it”, but anyone who tries to sway you from being who you are has their own issues. It’s a beautiful thing to be passionate, to be excited about life, to have interests that inspire you, and it’s important to protect that inner-fire.

Do you have a favorite quote?

“Excuses are the lies we tell ourselves that no one else believes.”

What advice would you give aspiring artists?

Aim to be better than you were yesterday, every day. Do it because you LOVE it. Not for the fame, not for the money… because the passion is real and it will carry you through. 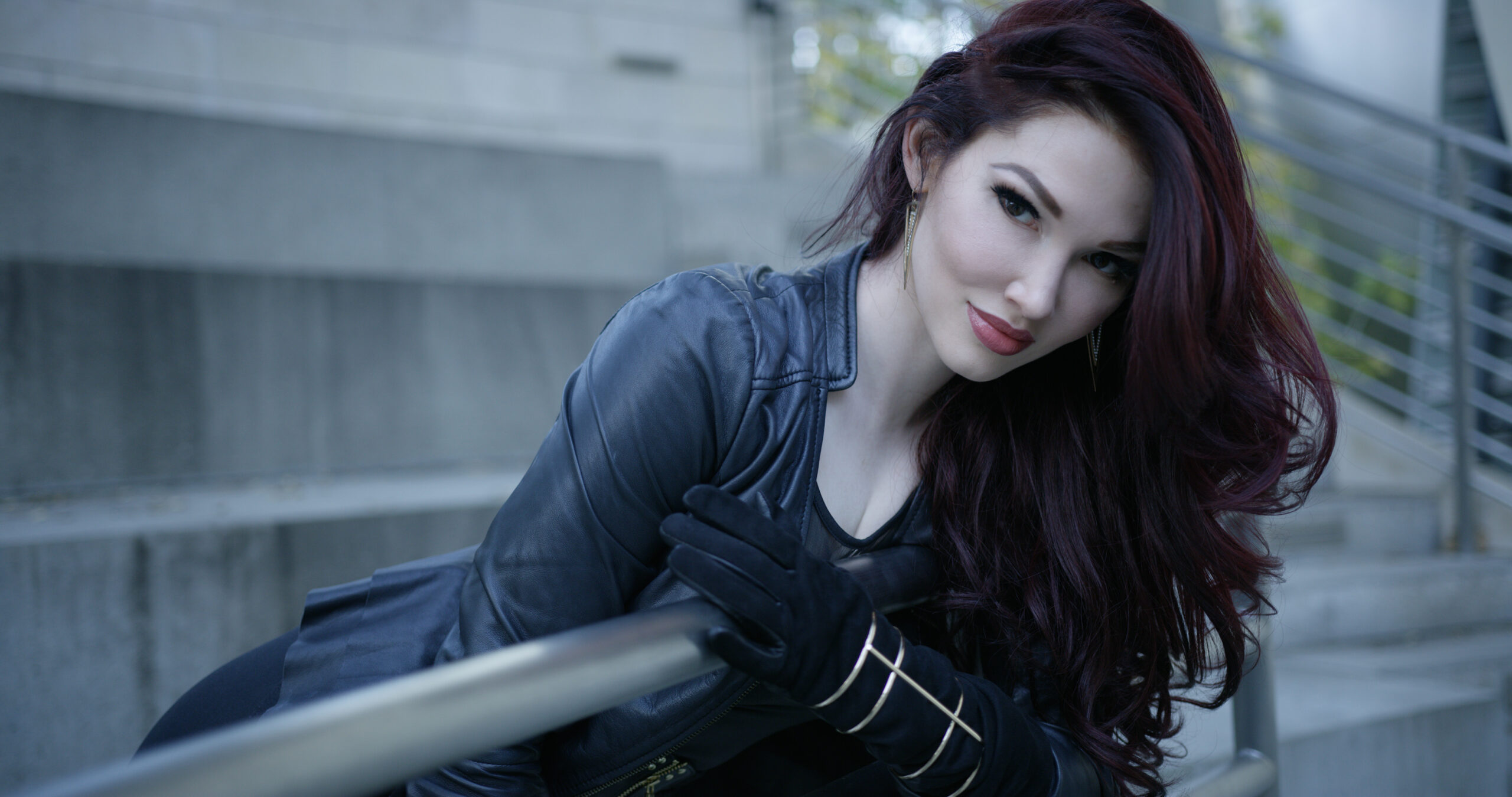 I love you all. Thank you so much for your support. I can’t wait to share what’s next!

Be sure to keep up with Emii on social media!

Get The Scoop on Model Ryan Hintze