new scoop
A Patriotic Act is Educating Yourself
Why Eliza Is The True Hero Of “Hamilton”
Hamilton and Its Relevancy Today
“Good Boys” is Hilariously Raunchy – Movie Review
A ‘Dear Evan Hansen’ Movie Is In The...
Best Tweets About Hamilton Coming to Disney+
Refreshing Lemon Loaf Recipe
3 Quick Up-Dos To Do In Less Than...
Top 5 Movies of 2020 (So Far)
Community Parody Episodes – 10 That You Need...
DisneyInterviews

Interview with Cameron Boyce from #Descendants2

Descendants 2 is a follow up of the first Disney Channel Original movie. Prepare to see this television movie on screens on July 21st, 2017.  The sequel will follow the same group of teens, but this time there will be even more surprises and more characters! With each character learning more and more about who they are, expect Descendants 2 to be another awesome ride! 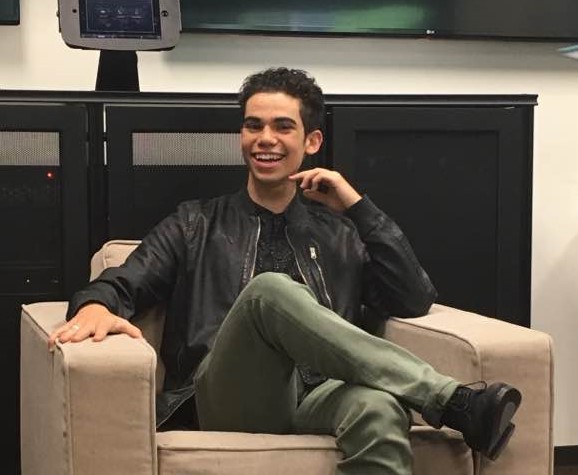 I got to sit down and chat with Descendants 2 star, Cameron Boyce, who portrays the son of Cruella de Vil. He talked about his love for dance, how much fun the cast had, and what his character is up to in the second film. Check it out!

The first movie was absolutely amazing, but the second one looks like it’ll be even bigger! What’s different this time around?

“After the first movie, we knew that we were going to do the second one. The whole time we were thinking, “Okay, how are we going to top that? How are we going to make something that’s bigger and still better?” You don’t want to just go bigger, but you also want to go deeper with the characters.”

“The physical sets themselves are just insane in the second one. You guys haven’t seen anything like this. I’m really excited for you guys to see it. Everyone was really committed to taking the next one to bigger and better places, and I feel like we accomplished that. I think that you guys saw that, especially in the pirate set. It was all green screen and then through the magic of whatever they do in post-production, they made it amazing.”

In the beginning of the process, they showed us all the renderings of what it was going to look like. It helps you as an actor to get in that space where you’re thinking, “Okay, this is what I’m around and it’s really cool.”

Did you know going into the first one what a huge phenomenon this movie franchise would become?

“You had the feeling because of the people that you’re working with, specifically Kenny Ortega with his resume that includes High School Musical and things of that nature. So, going in, we felt like if we all really bought into it, it could be something special. I think we accomplished that. That’s why we’re so excited for the second one to come out because people are going to flip their lids and that’s exciting.”

You have a quick Hamilton reference in the movie. Are there other musicals that you guys reference?

“Kenny Ortega is a real student of entertainment in general. I remember on the first movie, he showed us clips from 10 different musicals to get a feel for what he was going to draw inspiration from. There’s a little bit of everything really. He showed us everything from West Side Story to Newsies. There were so many different classic musicals that he pulled from to essentially say, “Hey, this is what we’re going for.” That was for the first Descendants.”

“For the second one, he kept up with that theme. Just having Kenny on set, you know that you’ve got to put your best foot forward and really bring it, but it’s so fun.”

Of all the dance sequences that you guys had to do, which one was the hardest and longest for you guys to film? 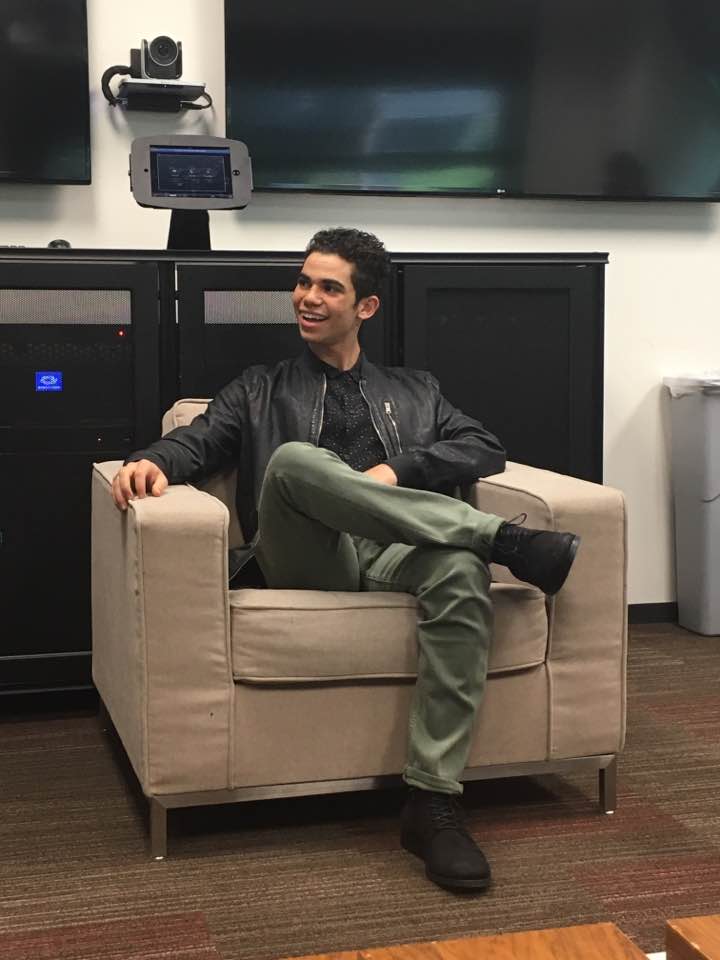 “I would say the finale probably. There were a lot of variables that we had to take into account. That probably took over four or five really long days. It was intense honestly because there were some elements that we added that made it a little difficult and things that were not a part of how we had rehearsed it. It was challenging, but we got through it and it looks amazing. The finale is probably my favorite number.”

Did you have any dance training prior to this?

“Yeah, I’ve been a dancer since I was in preschool. I danced ever since I was six. Then, I started acting, but obviously doing this movie is the most fun for me because not only do I get to act, which is amazing, but I get to dance too. It’s the best of both worlds for me.”

Between the first movie’s choreography and then the second, which was more difficult?

“Well, I wouldn’t say the first movie’s choreography was harder or more technical, but there’s a certain mindset that you have to bring because it can be challenging. We go three weeks before we shoot anything just to get into shape. A lot of people aren’t dancers, they’re just actors, so they have to figure that out and it’s really difficult.

Kenny asks a lot from everybody. And he expects a lot. He does the important things during the day and he comes back expecting us to have something done. It can be a little scary at times. But, I would say that on the first one I learned how to completely go hands-on and in the second one I was just excited to do that again. You have to be comfortable. On the first one there was a learning curve, but on the second one I was ready to dive into it.”

How has your character changed since the last film?

“People are really excited to see what happened to these kids after the first movie. When you leave them, they just left this horrible, desolate place to go somewhere that’s this beautiful new world and they’re still getting used to it at the end of the first movie. The world in Auradon is really important and then some other stuff happens where we have to return to our roots. That’s hard for us too because we’re getting used to this newer place and we’re still fighting with that. That doesn’t stop.”

“For Carlos specifically, in the first movie he was like the younger brother and was a little bit of the comic relief. He was just the guy who was not really helpful to the group and they were sort of dragging Carlos along. In the second movie, he finds out how he can bring something to the table for the team which ends up being different than everybody else. Obviously, Jay’s the muscle and Mal is the brains. Eventually, Carlos figures out that he’s a sensitive guy. He realizes that he can use that sensitivity to bring the whole group together. It’s pretty cool.”

“You should have seen us. We were doing a photo shoot just now and we couldn’t stop having fun. It’s really cool. Every time we see each other, it feels like we’re back on the set. We’re all a family which is rare and special. I think we all are very grateful for that.”

How was it with new cast members?

“It was amazing. It’s so exciting because obviously you want to see what happens to the characters from the first movie, but these new characters all bring something that’s so special. Everyone is so talented. I’m very excited. They definitely blended in with our family immediately. There was no real transition. It felt like, “All right, come on in, let’s do it!” It was really cool.”

What do you have in common with Carlos?

“We are similar in our ages. I think Carlos is the youngest and I’m obviously the youngest. So, I think we both look up to our older siblings. We have that in common. Carlos is a sassy little guy. He’s smart and he’s quick on his feet. I don’t know if I’m as quick as Carlos, but I would say that’s something we have in common too.”

What kind of issues is Carlos facing in this film that children can relate to?

“There are a lot, honestly. There are a lot of different morals in the first movie too. Specifically for Carlos, I think one of the main things that we focus on in this franchise is self-worth and really making sure that you feel like you belong, whether you actually do or not, because everyone belongs even if you don’t feel that way.”

“Carlos is the youngest and I don’t want to say the weirdest, but he is afraid of little dogs and there are some things about him that are just different. But he definitely finds himself in the second movie and he goes through regular kid things. He goes through girl troubles. He figures all that stuff out eventually and he reaches out for help, which is important. He’s a little bit lost, flustered, confused and has feelings that he has never had before. Instead of keeping it to himself, he’ll say, “Jay, how I do this?” or “Mal, help me out a little.” I feel like that’s important to have a dialogue with people that you care about.” 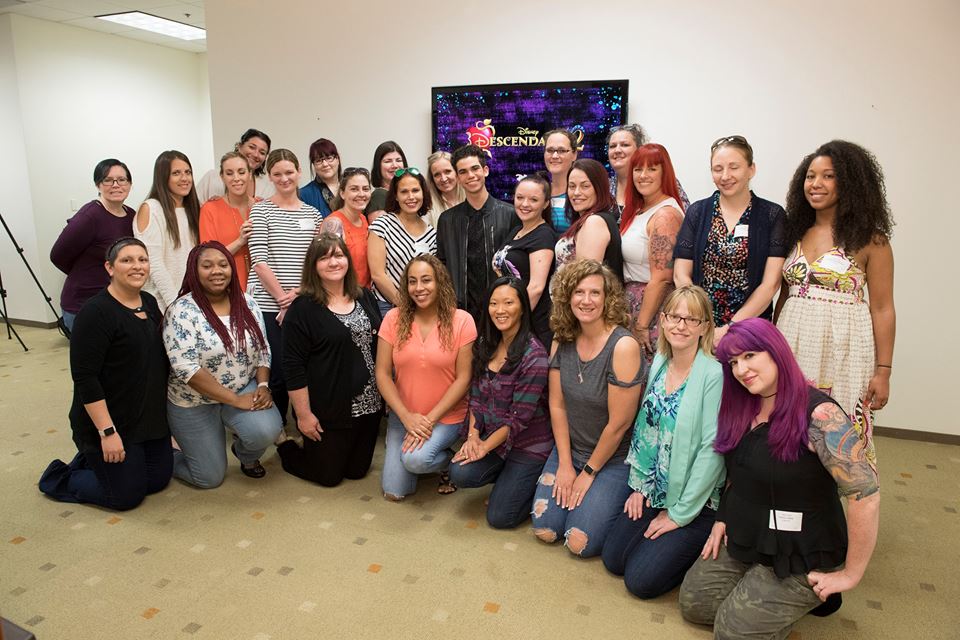 Veronica Vivona received her B.A. in creative writing and sociology from the University of North Texas in 2015. She's a lover of spicy food, glitter nail polish, and Disney/Pixar movies. In her spare time, she loves to read and hang out with her goldendoodle, Potato.

Interview With Sofia Carson from #Descendants2

Did You Know That Whitney Houston is Disney...

Top 10 Disney Characters Who Would Make a...