Kurt Russell is a renowned actor who has been in the business of acting for a really long time now. In Guardians of the Galaxy Vol. 2, he plays Ego the Living Planet and is Star-Lord’s father! When Russell first became part of the Guardians of the Galaxy world, he didn’t really know what he was getting himself into. Now, he loves everything about the Marvel universe. Here him gush about Chris Pratt, his makeup guy, and the director of the film in this Q&A! 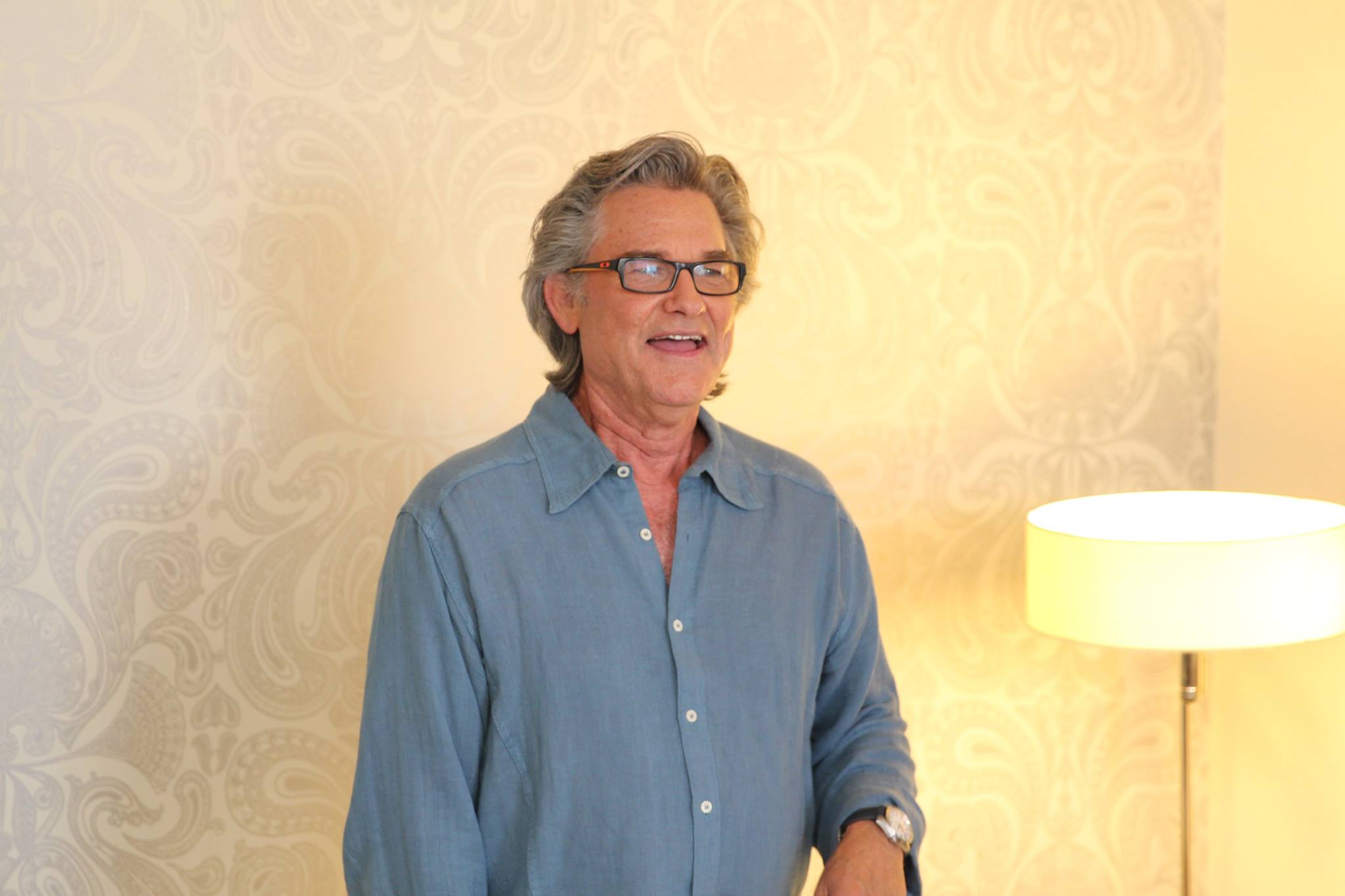 How did you get involved with Guardians of the Galaxy?

I was doing a publicity stunt for Quinton Tarantino’s movie, The Hateful Eight. One day all of a sudden, people in an interview started to ask me, “Are you going to do Guardians of the Galaxy? Are you going to play Peter Quill’s father?” I literally had no idea what they were talking about because I hadn’t seen the movie. The next day, I got official word that I needed to read (the script) and I needed to see the first movie.

When I saw the movie, I kind of fell in love with it and it just got better and better.  More than anything else, I was watching Chris and saying, “Yeah, I get that energy. I get that kind of style.” I realized that I would bring the right baggage here.  As I read the screenplay, it was even more so.  I wanted to do it, but I was also concerned that the audience would go in thinking, “Oh great, this is just right. We’re so happy that he’s going to have adventures with his dad and that it’s Kurt Russell and he’s working…” And then they would hate this movie. “Kurt Russell’s responsible for killing this for me.”

I said, “I just want to make sure we hit the right notes here, James.”  I said, “It has to have the right amount of comedy.”  (We) started talking about it and I felt very comfortable with James. He really knew what he was doing. And then of course, working with Chris was just right. As soon as Chris and I saw each other we just kind of smiled, gave each other a hug, and knew it was clearly right.

How much of you as a person is part of your character, Ego?

I love names and characters. I think that’s important. If they don’t have a great name, I give them a great name. I was very disappointed with when I read that the character’s name was originally J’son… Jay-son.  I said, “Yeah, well fifteen Marvel people will know who this is.” That’s a weak name. Then later on I find out that his name is Ego the Living Planet. That’s more like it.

So how much of myself is there? I don’t know. Listen, if you’re going to play God, go big. I think this movie has a lot to say about that. It’s such an obvious thing when you first meet him and the first thing out of his mouth is, “My name is Ego.” He’s very proud of that and you have to understand that he’s made everything in his life. He’s chosen to be that. 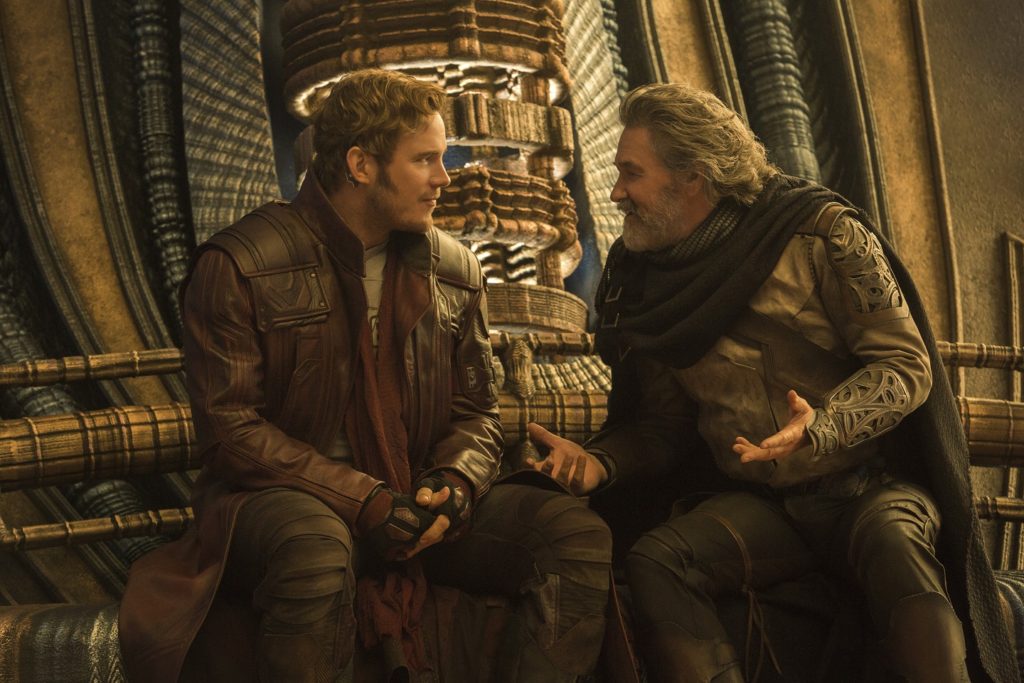 You’re adored by millions of fans.  Have you found that the Marvel fan base is different than other types of fans that you’ve encountered before?

I’ve never done a Marvel movie before. I’ve done lots of Disney movies. The fact that they came together, I think kind of says that they understand each other. I don’t know what the reaction will be. You can have fans, but they might not be people who review movies and stuff. You never know what that’s going to be like.  So, you just do what you’re going to do. I do think that Disney has a different energy to these movies.

You have said that a lot of the spontaneity can be lost on green screen.  Is there anything after seeing the movie that you wish you could have seen in it?

Not much. Those are big spaces. With this movie, mostly it’s backdrop. We had enough there to give us an idea of what was going on. It was nice to see the movie because you can see the pictures when you’re working. It’s nice to see the finished project like that. 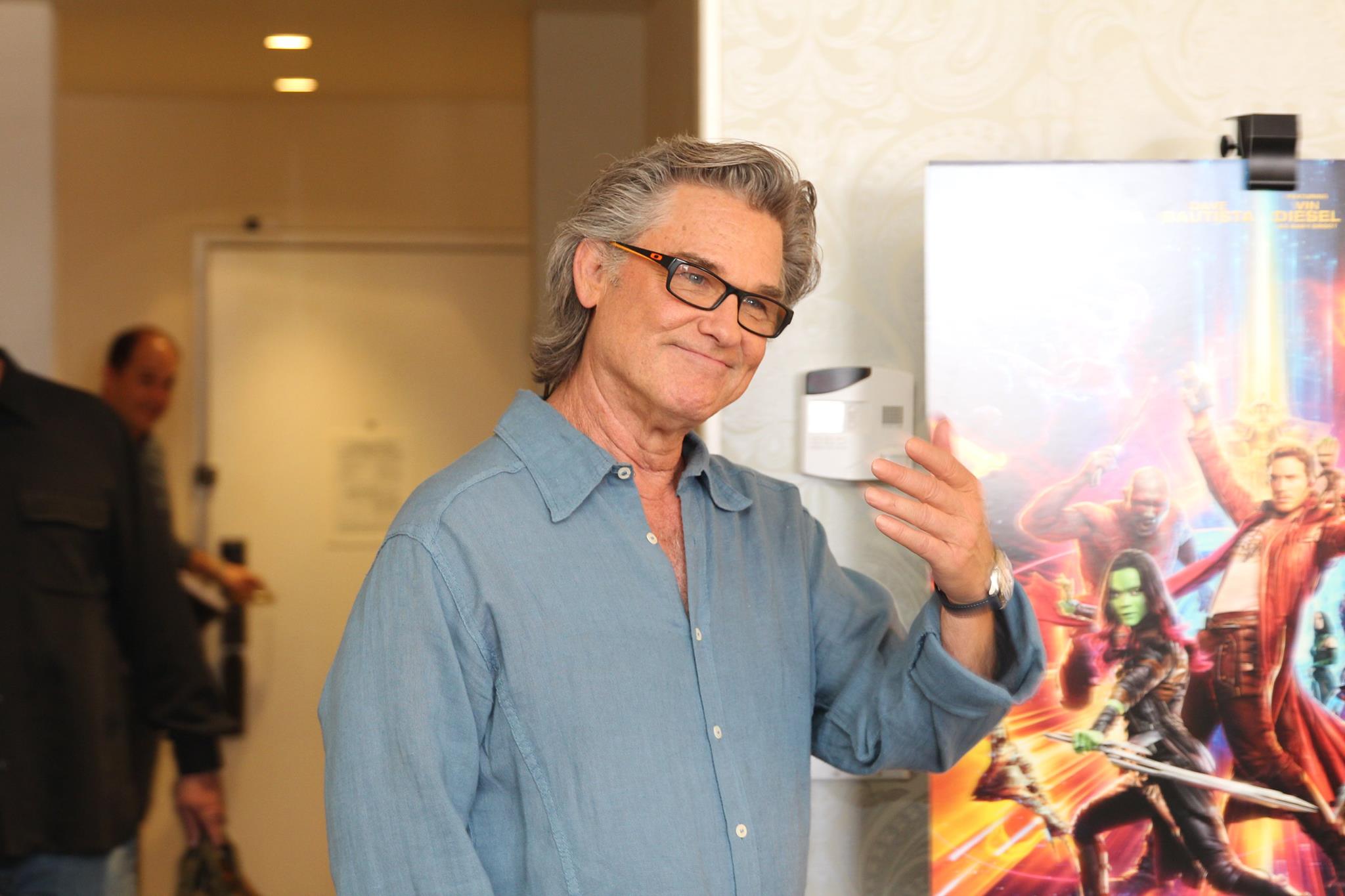 In the opening scene where you were younger, what was the process like?

Dennis Liddiard has been my makeup man for twenty-eight years. We’ve done a lot of movies together where our goal was to help me arrive at what I need to do to set the tone for the character, the look for the character, and the feel for the character. I think we’ve achieved it many times very subtly. It was so much so that nobody knows what he really did.

On this one, I’m really proud to point him out because we assumed that we were just going to do heavy CGI special effects like they normally do. Before we started going, Dennis said to James Gunn, “I know his face really, really well and I can really do a lot here to bring him down. If I de-age him some, does that help you?”  And they said yes. When he was done, it was time for me to go to work and be younger.

You lighten your voice, you move a little quicker, you go to work with that. I think the reason this one worked is that it looks so amazing. It really looks real.

Kurt Russell was such a joy to interview and I’m happy to tell you he really is just as great in real life as you expect.  He is the only person I’ve ever interviewed in a large group setting that stood the entire time so everyone could see him.  Make sure to catch him in Guardians of the Galaxy Vol. 2 and to check out my GOTG2 movie review for even more scoop. 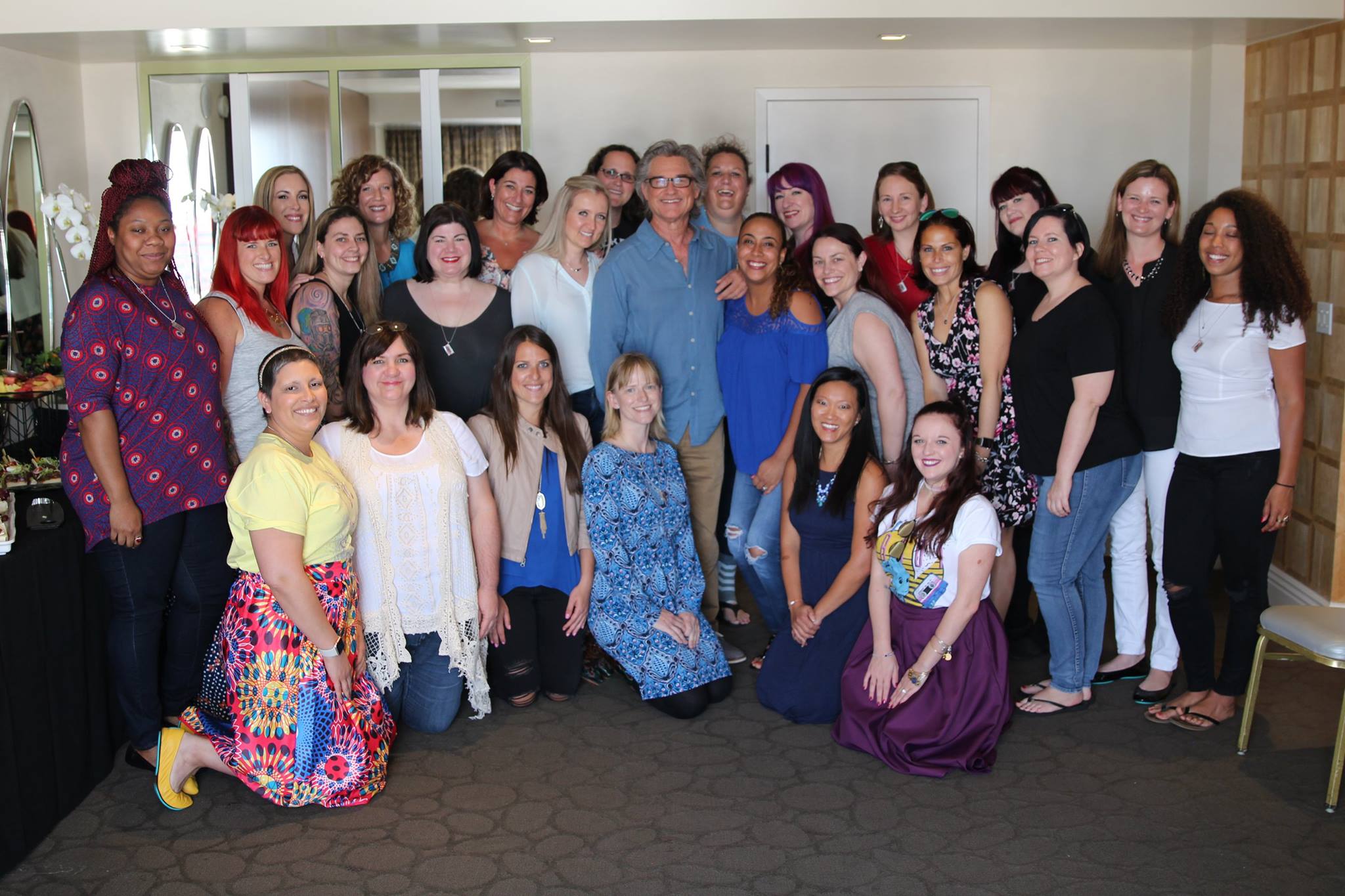 Guardians of the Galaxy Vol. 2 is in U.S. theaters now!

4 Signs Your Feet Are Giving You About Your Health