new scoop
5 Beauty Bloggers, You Must Follow
Ulta Beauty Sale up to 50% Off
Alo Sale up to 40% off
Gluten and Dairy Free Pizza Bagels Recipe
Sustainable Kitchen Swaps
Sabrina Bryan Talks Life After Cheetah Girls
Four Simple Techniques You Can Use To Increase...
4 Must-Have Skin Products for Your Morning Routine
10 Best Quotes From “The High Note”
“The High Note” Sings – Movie Review
Movies

Who’s ready to reminisce on their childhood days? Our favorite ponies are back, this time embarking on a journey outside of their everyday lives in Equestria. The Sarah Scoop Team headed to New York City to cover the premiere of the much anticipated My Little Pony: The Movie. It was definitely one of our favorite trips and one of the best premieres we have been to.

As someone who grew up watching My Little Pony, I felt as if I was reliving my carefree childhood days. Everything from the pink carpet to the props was extravagant and over the top. We had so much fun walking the pink carpet, and hanging out with our favorite ponies. My favorite pony has and always will be Twilight Sparkle.
We were also able to chat with some of the stars of the movie. They were the absolute sweetest! Everyone was so excited to be cast in such an iconic movie, and you could definitely tell in their performances as well. 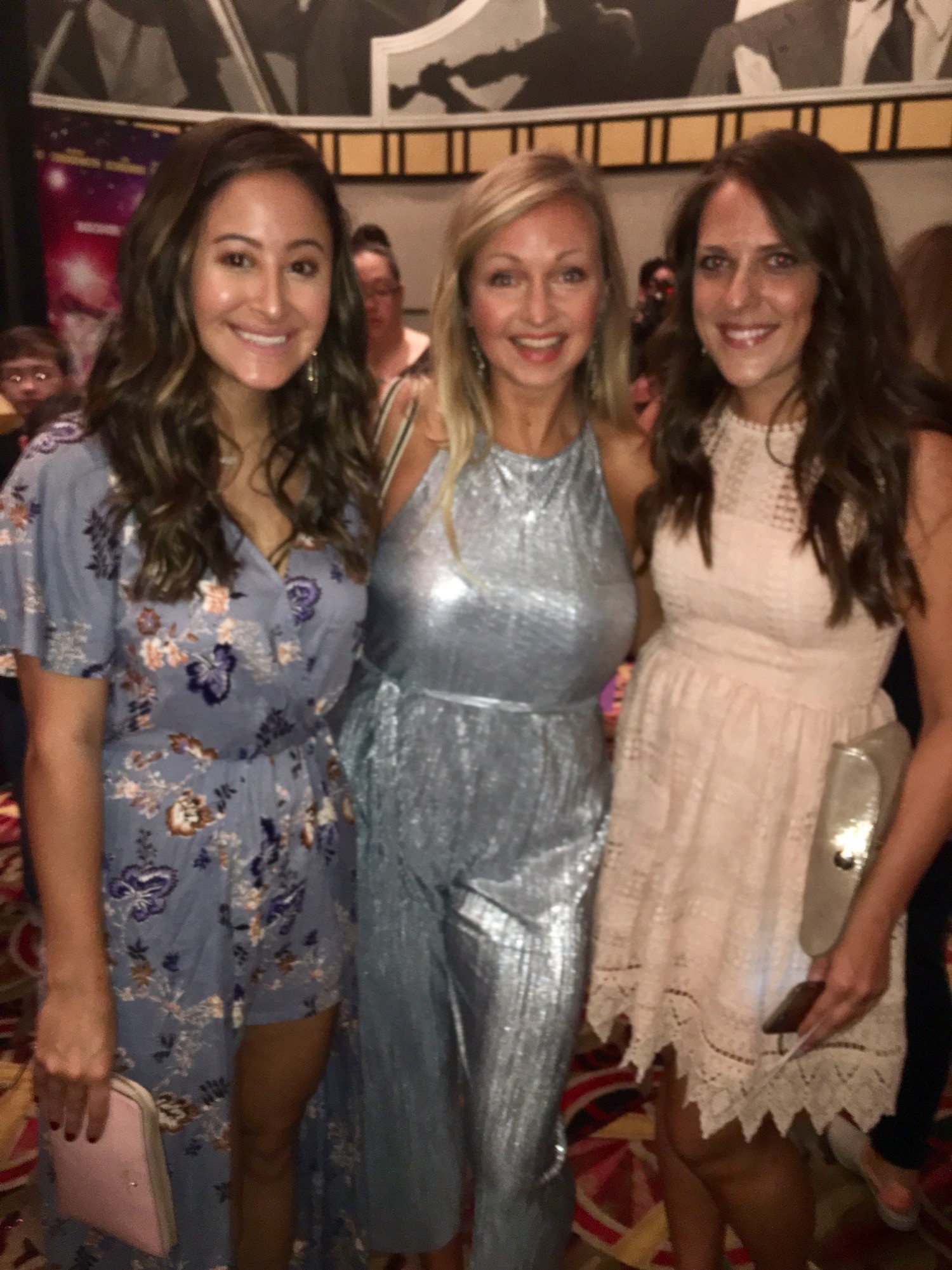 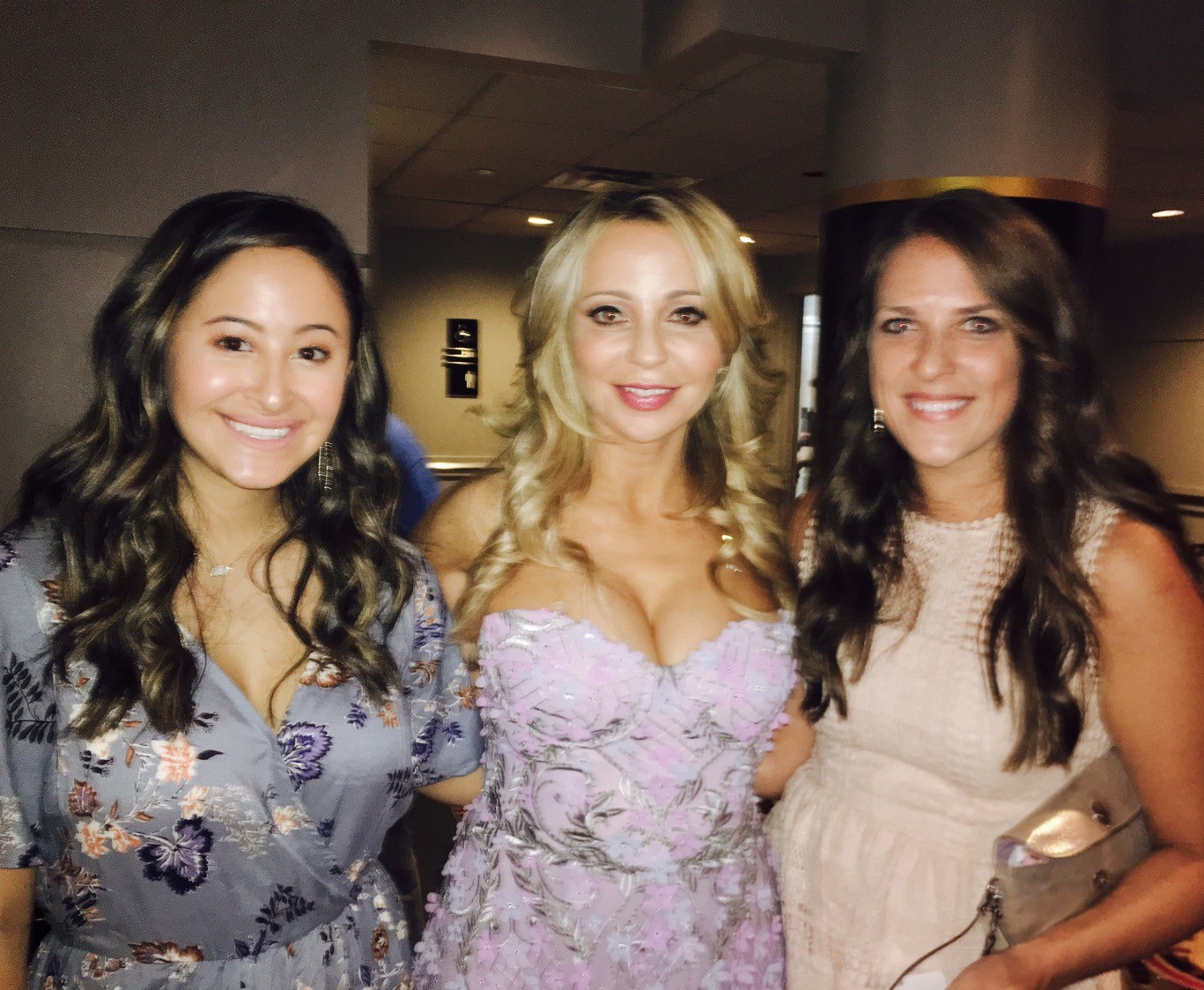 It was so awesome getting to speak with Liev Schreiber, who brought his own kids to the premiere. They looked like they were having an absolute blast. 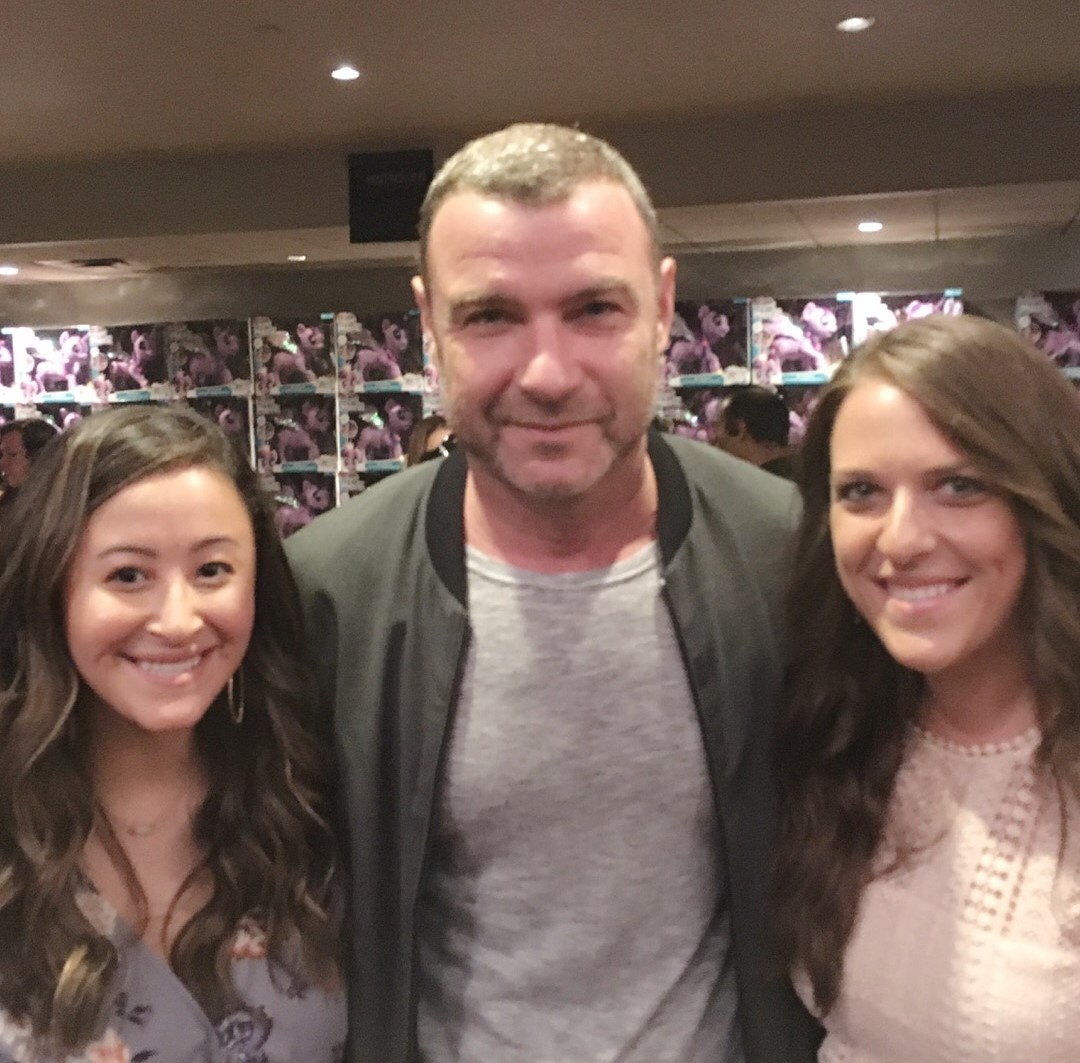 Kristin Chenoweth was so down to earth and excited to be at the My Little Pony: The Movie premiere. She was such a sweetheart and so fun to chat with. 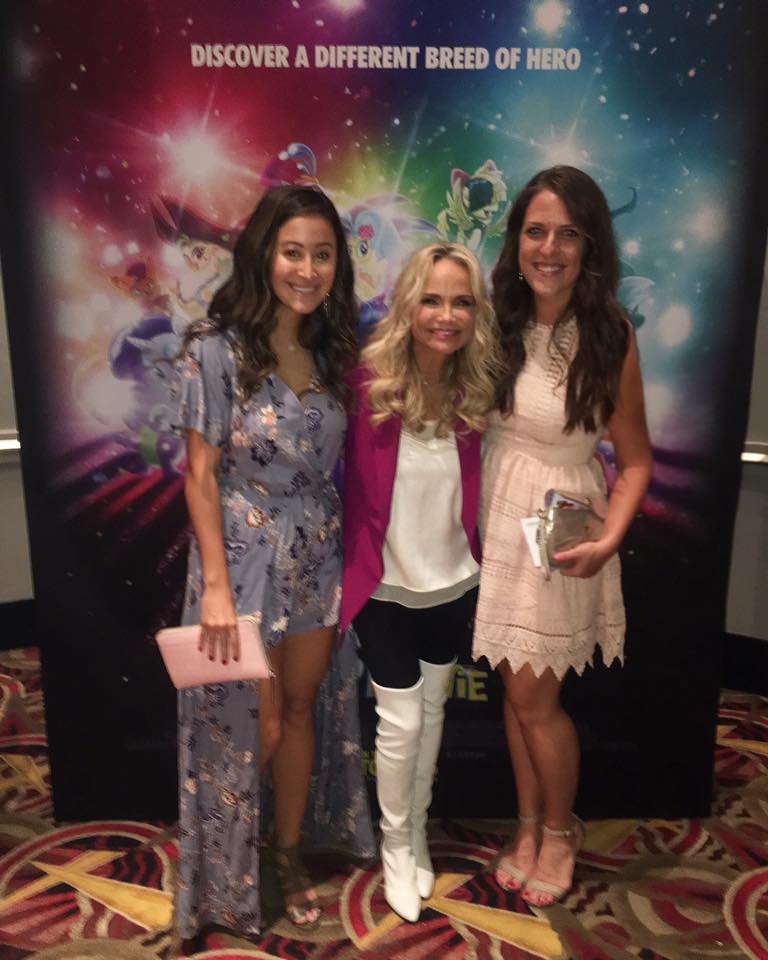 The AMC in Lincoln Square was the perfect venue for the premiere. Everything was top notch and fabulous. It was the ultimate movie day for kids that joined, and you could see the look of excitement on each and everyone of their faces. There were fun activities for them to do prior to the movie, like getting glitter pony highlights or face painting with sparkle paint. They all got to take home their own Twilight Sparkle Pony as well! We were also given the cutest My Little Pony cookies that seemed too perfect to eat. 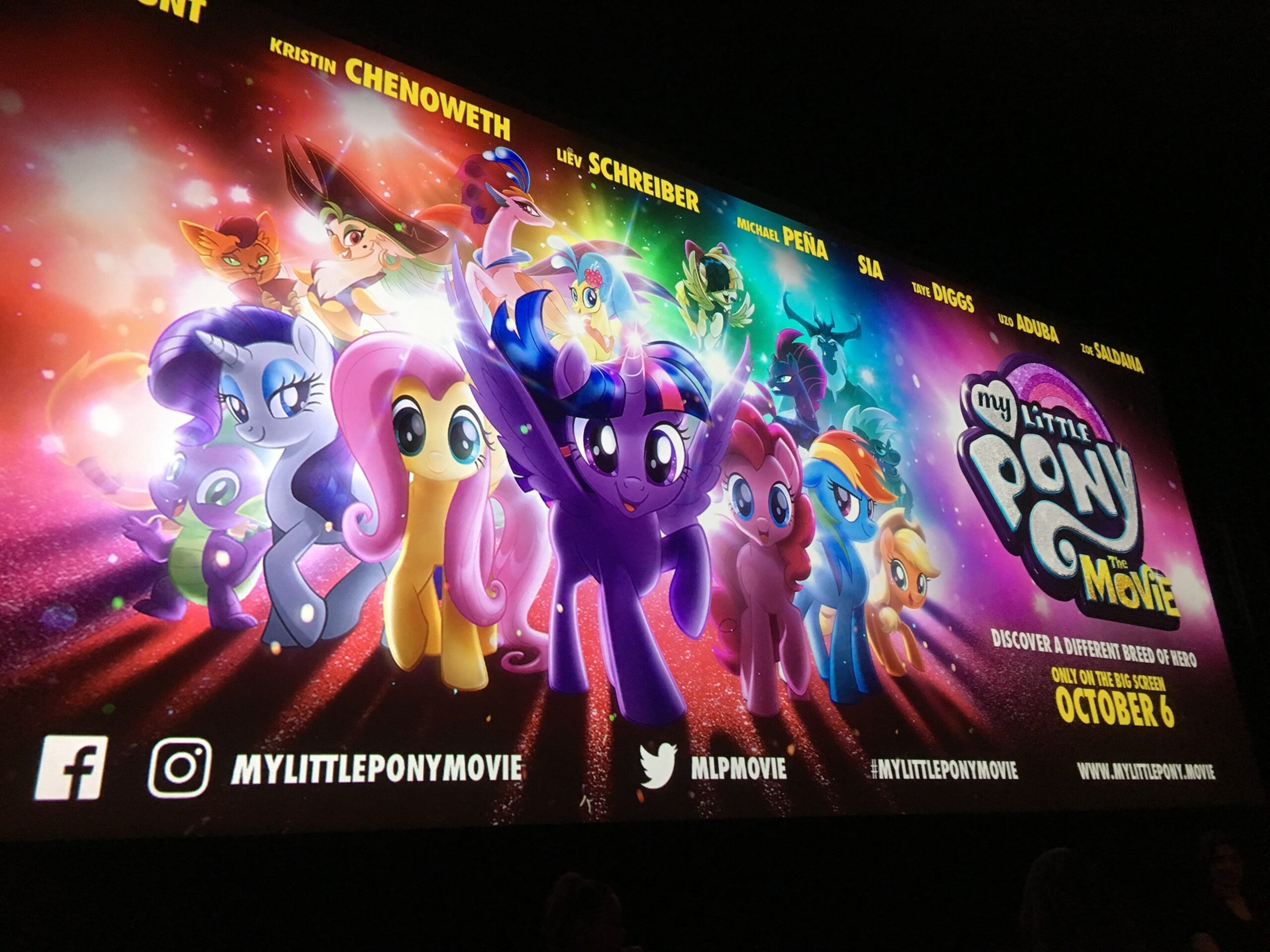 My Little Pony: The Movie Review

My Little Pony: The Movie follows Twilight Sparkle, Applejack, Rainbow Dash, Pinkie Pie, Fluttershy and Rarity as they begin an exciting adventure. Along the journey, they make new friends, discover new and unknown places, and realize the magic of friendship. They face obstacles and challenges, but prove that true friendship is a special bond that can never be broken.

Growing up I was a huge My Little Pony fan, as many other young girls were.  I love seeing so many of my favorite classics being brought back to today’s generations.  I am happy to say that this premiere was just as wonderful as I was hoping.

It features an AMAZING voice cast including Emily Blunt, Kristin Chenoweth, Liev Schreiber, Michael Peña, Taye Diggs, Uzo Aduba and Zoe Saldana.  In addition to voicing characters, many of these actors performed original songs during the film. These actors include Sia, Diggs, Saldana, Chenoweth and Blunt. The music was sing-along worthy and everyone in the theater clapped along with the catchy tunes.

The messages in the movie were my favorite part.  As a previous first grade teacher I have seen how kids are affected by the way they are treated as they grow up. It is important for us to show children at a young age how important it is to create positive relationships.  I loved that My Little Pony showed true friendship, selflessness and also the power of forgiveness.  Someday when I have kids of my own this will be a movie I put on repeat for my children.

My Little Pony: The Movie will be a great film to bring your kids to or if you just want to see a fun, feel-good movie, you could definitely grab a group of friends and see it for a night out! There is just something so special about the meaning of true friendship.

My Little Pony: The Movie is in U.S theaters October 6th!

For more information and to keep up with the latest scoop on the film, be sure to like and follow My Little Pony: The Movie.

Disclosure:  I was provided with an all-expense trip to the premiere. As always all opinions are 100% my own.

Lady and the Tramp - The Must See Movie For Dog Lovers
A First Look At "Won't You Be My Neighbor?"
GIVEAWAY: Win A Copy Of "Smurfs: The Lost Village" On Blu-Ray
THE JUNGLE BOOK On Blu Ray Today #JungleBookBluray
entertainmentmoviemovie premiereMy Little Pony: The Movienyc
0 comment
0
FacebookTwitterPinterestEmail

5 Things Every Woman Needs To Know About Birth Control