While I was at the press junket for “Ant-Man and The Wasp” I got the chance to interview Michael Douglas.  After chatting with him for only a few minutes it was confirmed he is one of my favorites in Hollywood.  While he normally plays the lead role in films, he gives an amazing supporting role performance.  In this interview, Douglas describes what it was like being a staring role, how he felt about being reunited with the cast again, and so much more! 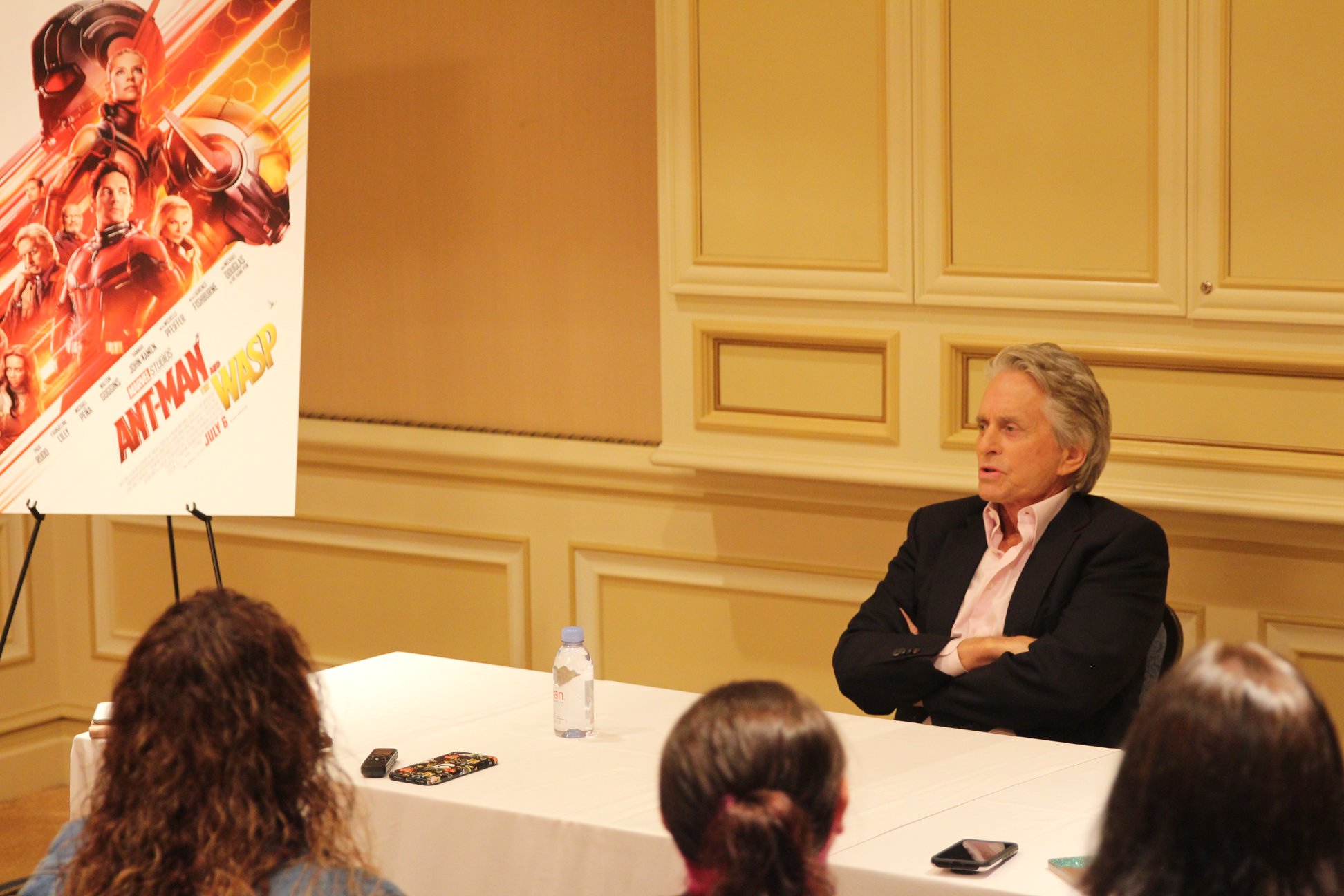 Being Reunited With the Cast Again

This cast has a lot of chemistry.  There is so much humor and they are all so positive about each other. After my set visit I knew they had fun filming the sequel to Ant-Man so we wanted to know what it was like for Douglas to reunite with everyone.

“There are an inherent relaxation and joy normally with a sequel, or also why you look back in the old days why actors and actress or directors work together you don’t have introduced yourself again.  You know each other there is a comfort factor which makes it easier, people know your sense of humor you aren’t going to offend anybody. The comfort factor is really nice, Paul Is such a sweetheart such a great guy sets the tone.”

“Most of my career has been number 1 on a call sheet, the lead. So to be the supporting role in a picture like this and watching how he does. You should have seen a lot of responsibility. You are smart you set the tone for the set you make everyone else comfortable. Best performance possible. That part was great with Paul. I was excited for Evangeline because if you remember at the end of the first one I show her Janet’s suit there is this look in her eye of hope. I saw in the seen Evangeline going I’m going to be a superhero! Then you have that wonderful thing about Marvel does a great job of casting obviously.”

Suiting Up for His Role

“I did! I did! I was a little disappointed in the first movie. I reluctantly looked at how good everyone else looked, Paul looked great. So I got to wear my old suit this time. My feeling is if this continues if you can go big and small, why not make you young to get back in there again.”

We had to know what was his reaction in seeing himself so young on the screen. 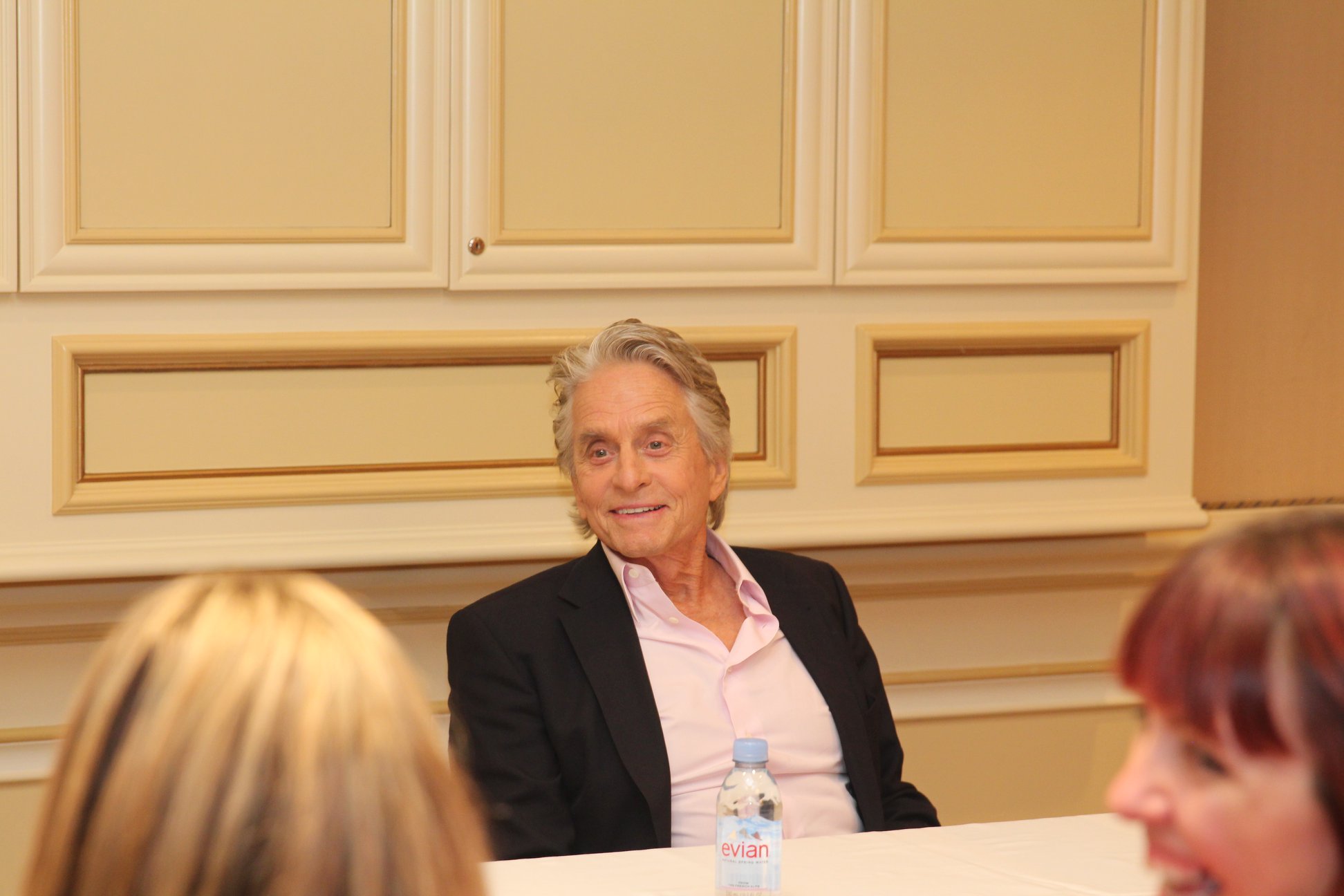 “It cracks me up. I have never done any picture like this before. Never done green screen film. This whole other world. I have a new appreciation for actors who act when there is nothing there. Just green walls around and Peyton telling you this and that and your saying this is so stupid and you’re afraid you are going to be embarrassed. When you finally see it put together you know that they know what they are doing.”

We already know with Paul Rudd as the star this movie has to have some humor.  So what did Douglas think? “The set was a lot of fun. I did not plan on mentoring Scott. Nor do I think he is proper for my daughter. We watch it, when you feel it bubbling it up, we don’t let it go there. Its hard to pull it back and you can lose a lot of time. Once someone goes then it happens, with Paul it’s difficult because he would ad-lib so much. I’m a little jealous of Paul, I am kind of carrying the storyline, you know having to go home and research what I am saying. Paul will just come in with someone liner and steal the scene. So Paul is unpredictable wonderfully so and funny so stopping happens a lot.”

Understanding the Science in the Movie

This movie is full of fun science information, but who would know that without studying it? I guess that is where great acting comes in.  We asked Douglas what it was like to learn all of the science terms and come off like a pro. “Getting your mouth around some of the words was hard. I can’t tell you I graduated in quantum physics at the University. It was fun.”

“I remember Pym labs got destroyed so I must have put a lot of money away. I’m thinking about how countries are always stealing other countries stuff, so I must have had some really highly classified tools in the lab. I loved it, it was one of the most beautiful sets I have been on, the production designer did an amazing job.”

Off screen and on screen Douglas plays Dad. So what did his own son have to say abou tit? “When the first one was done, Dylan was 15, he came out of the movie his arm were crossed and he said “Dad this is going to be very good for your career. Dad, you don’t understand this is going to bring a new audience to you. I recommend you do a sequel if they offer it to you”.  He goes on to describe being recognized for his role, “It is true, I will be talking and I feel this tug on my coat and I look down and some little kid saying “Ant-Man!” Introduce you to a whole lot of people who haven’t seen your movies.”

Being Remembered in Hollywood

With all of the movies he has played a role in we wanted to know what he hoped he would be remembered for.  “Romancing the Stone and China Syndrome, Black Rain, Fatal Attraction. I liked a picture called Wonder Boys. Falling Down and American President. I have a lot of movies. If I was a baseball player I would have a lot of grand slams and not a lot of strikeouts.” 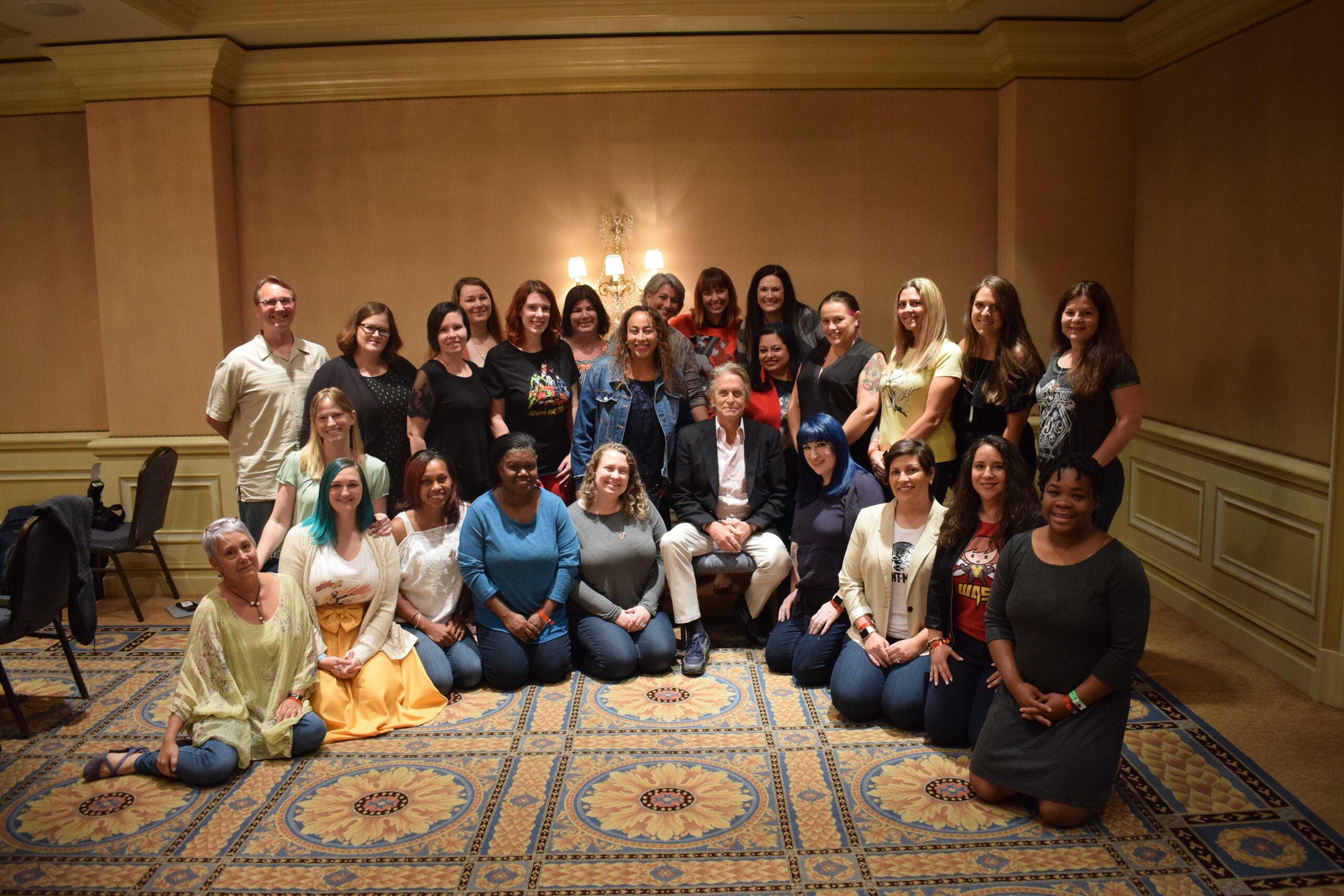 Who He Wants to Work With

While Douglas has worked with many of Hollywood’s best we wanted to know if there was anyone he’d like to co-star with.  “I have given up on Jack Nicholson. Jack is a dear old friend of mine. I have always admired him a lot.” Can you imagine what great chemistry they would have, I would love to be on the set of that movie!

He want to say, “One of my favorite actors is Albert Finney. A lot of good people out there, I want to work with nice people. You can be talented or nice and I would prefer nice comfortable work area.” 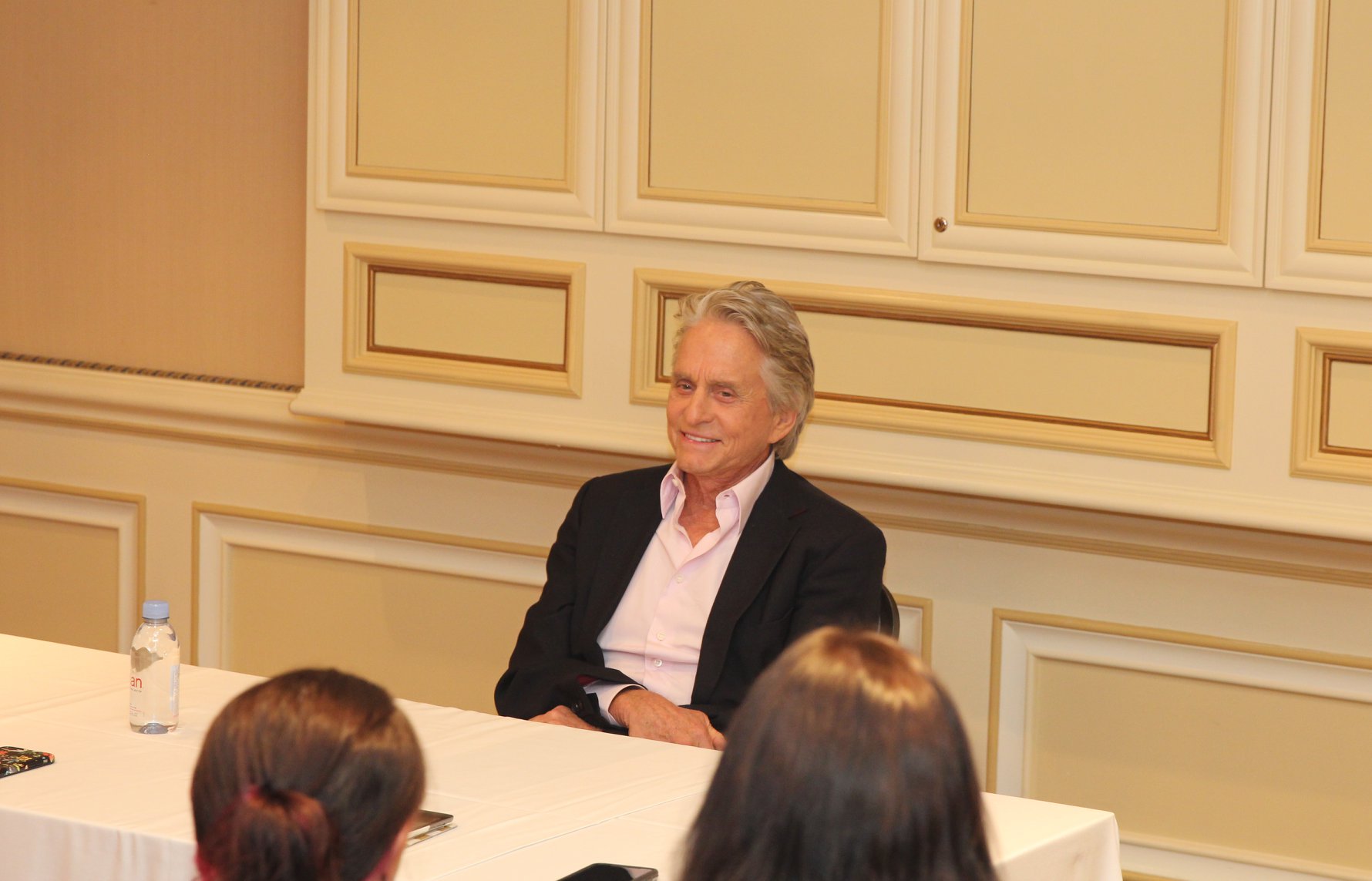