We have been patiently waiting, and the time has finally come! The sequel to one of my favorite Disney movies, Wreck it Ralph, is here.  The new title Ralph Breaks the Internet will be released Nov. 21 and I am counting down the days for everyone to see it.  I already got the chance to watch the movie and I am obsessed.  Read all about my “Ralph Breaks The Internet” Premiere Experience”

I had the pleasure of getting to interview Pamela Ribon, the Co-writer and voice of Snow White, and she describes the inspiration behind the scene, the work that went into bringing these beloved characters into the world of the internet and so much more.  Here are 5 facts I learned from Pamela about Ralph Breaks the Internet. 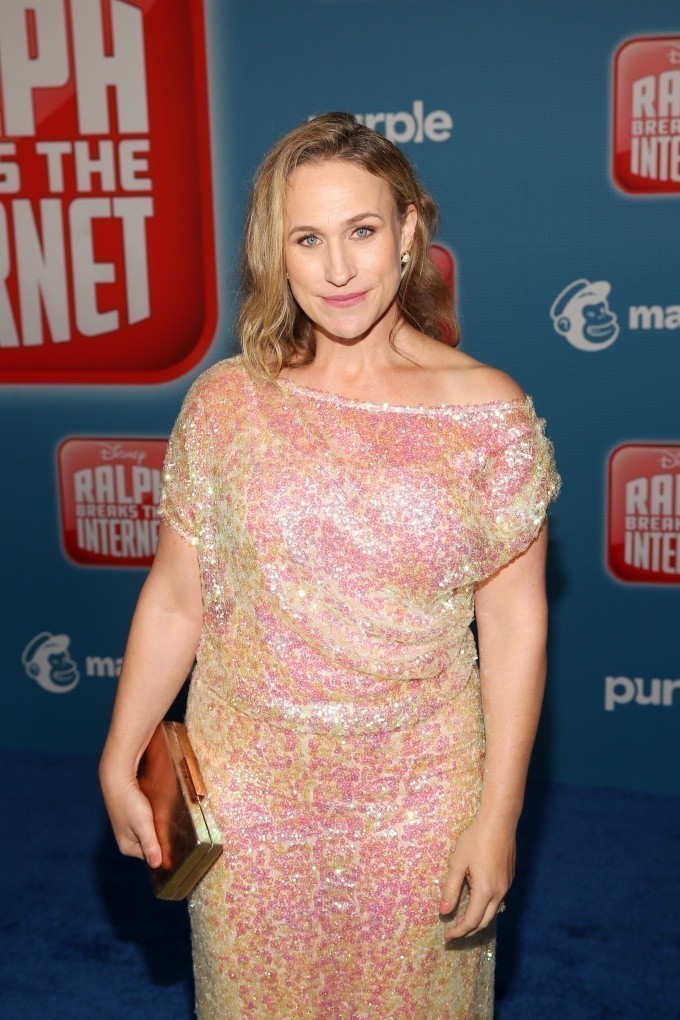 Screenwriter/Actor Pamela Ribon attends the World Premiere of Disney’s “RALPH BREAKS THE INTERNET” at the El Capitan Theatre on November 5, 2018 in Hollywood, California. (Photo by Jesse Grant/Getty Images for Disney)

The Other Disney Princesses are the Original Voices 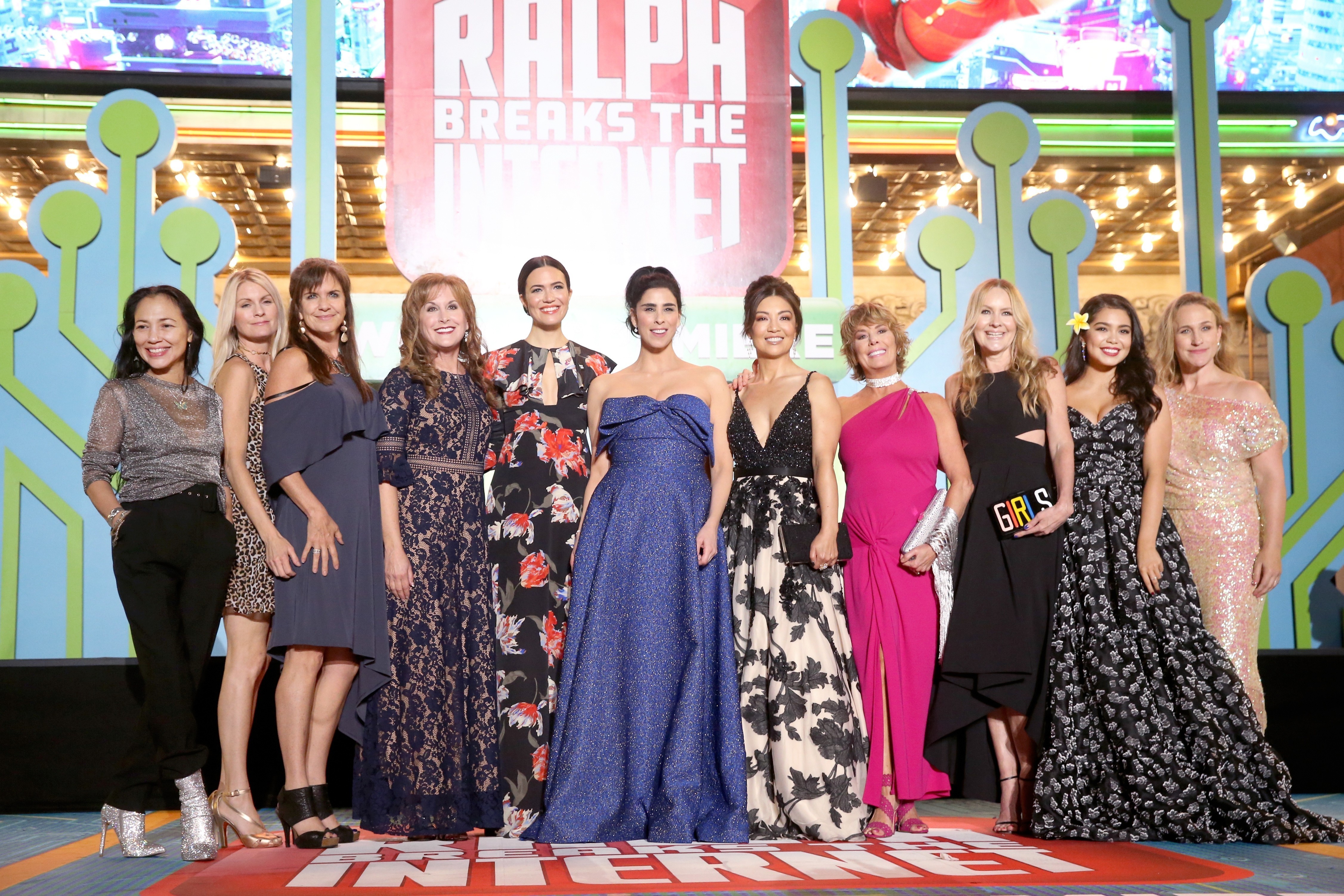 I’ve mentioned before that the princess scene is my absolute favorite and trust me it is going to be at least one of your top favorites from the movie, if not your favorite too.  What is so cool about it is that the other voices are the original voices of the princesses.  The idea to involve all of them was thought of by Pamela asking “What if Vanellope met all of the princesses?” She told us, “I thought well what if Vanellope glitches into their backstage area?” They would ask, “What kind of a princess are you?”  She went on to say, “You don’t just get to be a Disney princess.” She told us that she did her research to figure out the backstory of each of the princesses.

Oh My Disney! – The Perfect Match

Oh My Disney! was really important for Pamela to have involved.  She told us that when Oh My Disney! was asked to be a part Ralph Breaks The Internet, they were thrilled! “It got very big, very quickly.”  She wanted to take it to the fans and Oh My Disney! was completely onboard.  She said that Oh My Disney! is such a big Disney website that it just made scenes and that they really liked the idea.

The Princess Scene was Kept Quite 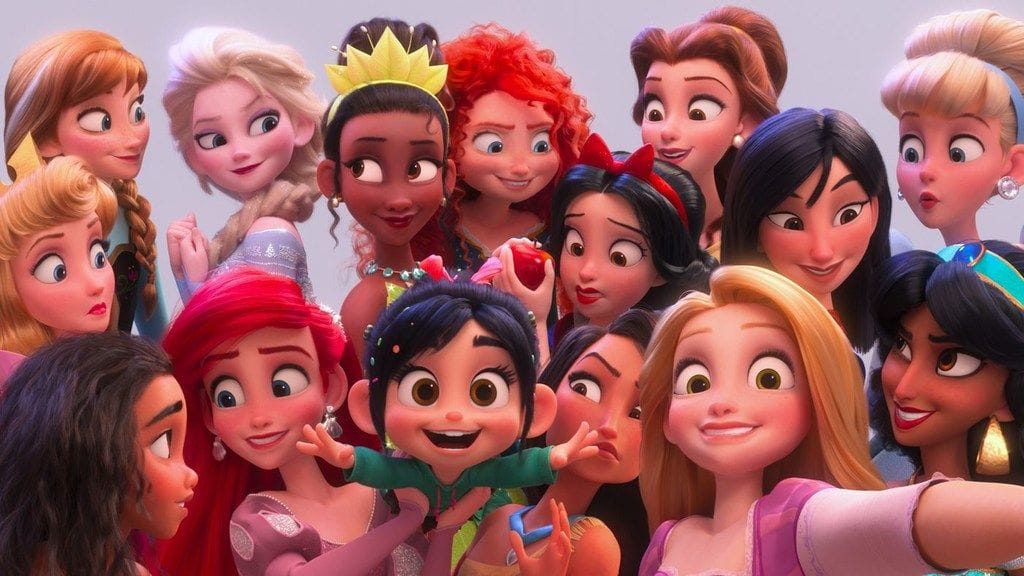 That’s right this was hush hush.  Pamela started working on the scene in May 2016.  She said it is “so crazy that just now people are into it.”  She told us that she loved the idea of giving the princesses a unique scene and more comfortable vibe, but wasn’t sure if everyone would be on board.  “There is no way I am getting away with some of these jokes,” she confessed.  But, then decided to “Tell no one and  lets just make it and put it in our first screening.” She went on to let us know, “We did 9 screenings of Ralph Breaks the internet over the years” and in all of those screenings everyone loved the princess scene.

I can’t tell you enough how much I loved this scene and appreciated Pamela’s creative input in the movie, Ralph Breaks the Internet.  Growing up I always watched Disney movies and could not get enough of dressing up like a Disney Princess.  I loved being able to see a side of these icons that I had never seen before.  Make sure to go see the movie and take some time to really appreciate the princess scene and the work that went into it.  Pamela is a creative genius and was a joy to interview.

My Geekly Show girls and I were also able to also put together from the interview.  Check it out below:

6 Places You Must Eat at in Branson

GIVEAWAY: Win a Bottle of VinThin