I had the best time at the Pete’s Dragon world premiere in LA.  You read all about my experience here.  Pete’s Dragon is one movie you won’t want to miss.  It will be out in theaters tomorrow, August 12th  and is a fantasy adventure film that is a mix of live action and animation and also a remake of the 1977 movie by the same name. 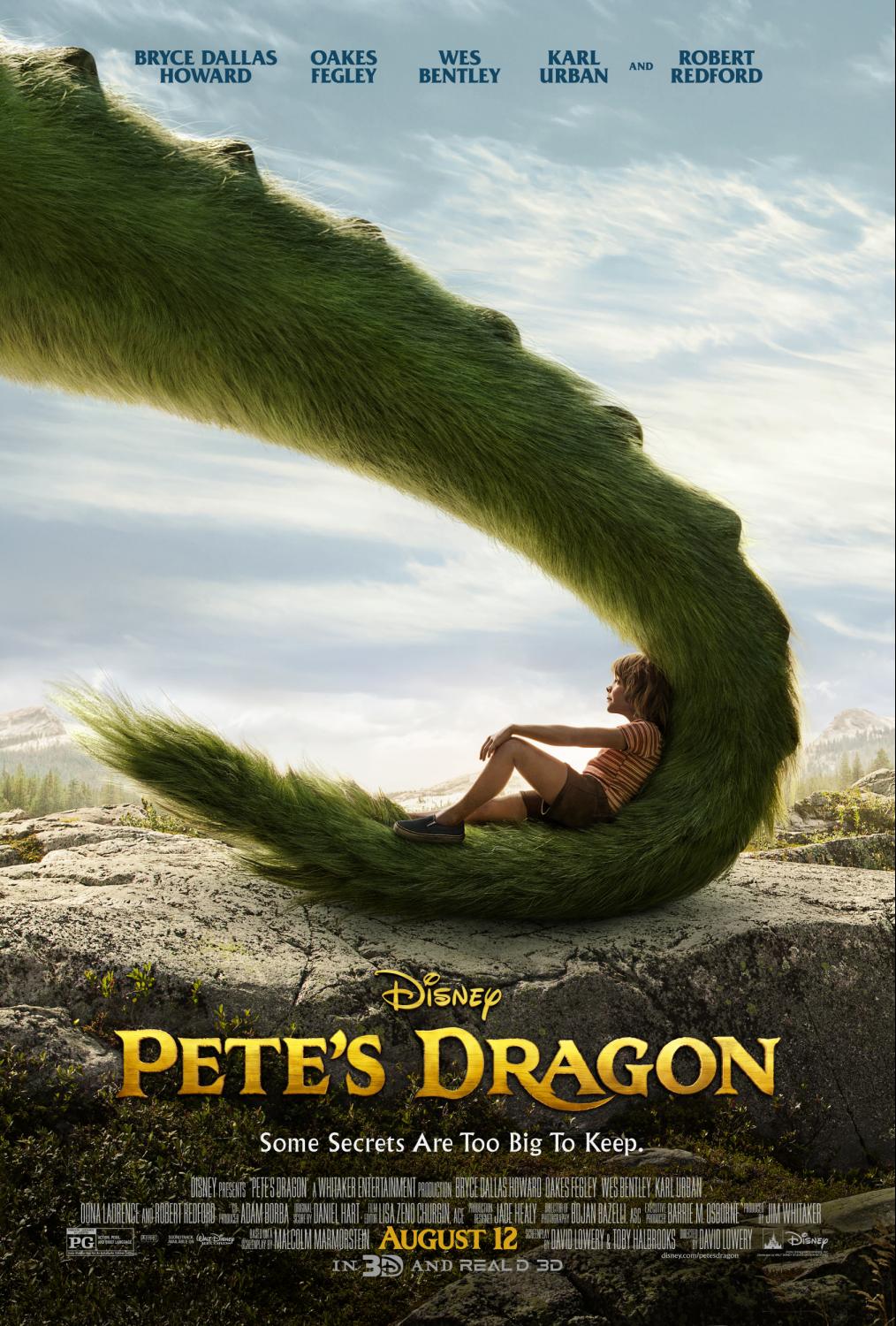 It stars Oakes Fegley Of Broadwalk Empire fame, in the title role of Pete with supporting roles filled by Bryce Dallas Howard most recently of Twilight Saga who plays Grace, the park ranger with legendary actor, producer, and director Robert Redford playing the role of Grace’s dad.

While there have been some alterations made to the new version of Pete’s Dragon from the original 1977 film, much of the storyline stays the same focusing on the relationship between an orphaned boy living in the woods and his best friend Elliot…..a dragon.  This visually appealing movie by David Lowery will capture you with the effects and story line.

The movie is full of heart felt moments that will have your emotions on a roller coaster.  The relationship between Pete and Elliot is so unique and special.  The way they care about each other gives you a sense of comfort and belief in the unimaginable.  Throughout the movie there are a variety of relationships that will have you so connected to the characters you’ll feel like you are part of the family.

To keep up with the excitement of Pete’s Dragon and without giving away too much, check out these 8 fun facts about Pete’s Dragon that will have you ready to see if first thing tomorrow.

1. Pete’s Dragon is based on an unpublished short story by writer Seton I. Miller and S.S. Field.

2. Disney purchased the rights to Pete’s Dragon in the 1950’s, but only announced the production of the remake in 2013.

3. The 1977 version of Pete’s Dragon tells the story of a young orphan in the early 1900’s who escapes from his abusive adoptive family and ends up in a small fishing town in Maine. The 2016 adaptation fast forwards the time to the 1980’s and relocates Pete to a logging community.

4. Elliot will not be sporting pink hair this time around instead, he will have a canine look but also be furry to soften his appearance and make him more friendly, cuddly, loving appearance.

5. Pete’s Dragon has been a favorite children’s story of Bryce Dallas Howard’s – she has also been reading it to her children for years.

6. Elliot’s magical abilities such as fire-breathing, flight, and invisibility will play out through stunning visual effects using CGI animation.

7. The new version of Pete’s Dragon will not be in the form of a musical rather it will be a combination of live action and animation.

8. The animation team studied hours of YouTube videos of animals to bring a sense of innocence, playfulness, and realism to Elliot’s character.

So would I recommend YOU see Pete’s Dragon?

Without a doubt, YES!! If you love a feel good Disney movie, this is for you.  While you’ll experience a variety of emotions throughout the movie, you’ll leave with a new outlook at the importance of solid relationships.  Trust me, you’ll feel like you are watching a movie through the eyes of a child.  Whether you have children or not, the movie connects with people of all ages in all stages of their life.  The magic, the excitement, the messages you will walk away with…it’s a must see!

Catch Pete’s Dragon in theaters on Friday, August 12th and stay tuned for more amazing post on the way, including celebrity interviews!  Make sure to check out the official trailer below!

3 Reasons to See My Cousin Rachel
Re-capping 90 Day Fiancé's Paul and Karine
Jack (Jack) of All Trades! - The Scoop on the Youngest Parr's Powers
6 Lessons I Learned From the #EverythingEverything Movie
disneyentertainmentmoviepete's dragonReviews
1 comment
0
FacebookTwitterPinterestEmail

Dressing Your Man For An Outdoorsy Vacation

I loved this movie so much! I was excited to share it with my children today <3