new scoop
Hamilton and Its Relevancy Today
“Good Boys” is Hilariously Raunchy – Movie Review
A ‘Dear Evan Hansen’ Movie Is In The...
Best Tweets About Hamilton Coming to Disney+
Refreshing Lemon Loaf Recipe
3 Quick Up-Dos To Do In Less Than...
Top 5 Movies of 2020 (So Far)
Community Parody Episodes – 10 That You Need...
True Love This Time? 90 Day Fiancé: The...
‘The Sinner’ Season 3 on Netflix: Why Jamie...
BooksEntertainmentInterviews

Review of The Hawkweed Legacy + Interview With Author Irena Brignull

The Hawkwed Legacy is the second installment in the currently two-part series. Written by acclaimed writer, Irena Brignull, we had the opportunity to get a sneak peek at the recently released novel! 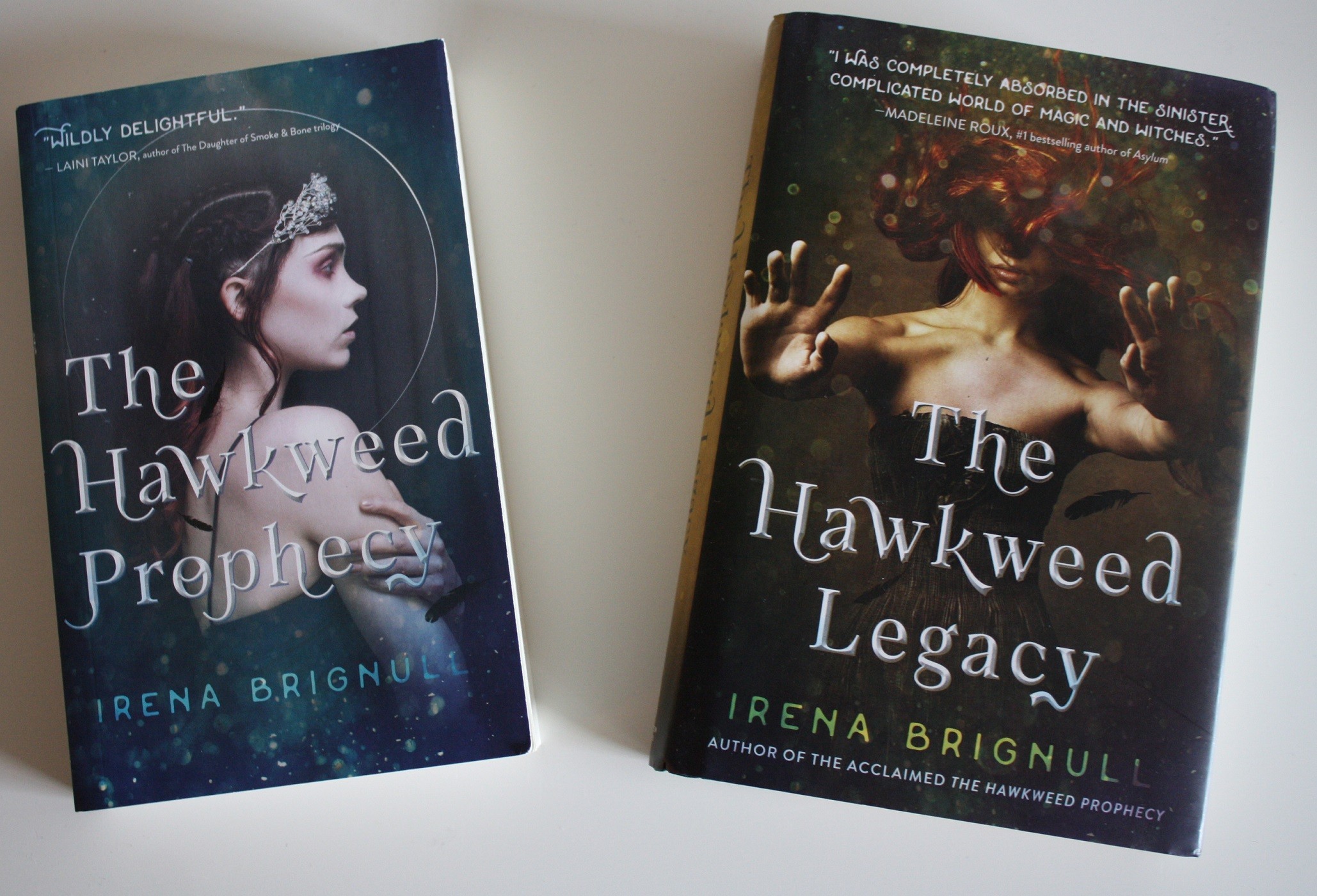 All about witches and magic, these YA novels are all about finding your own place in the world! An important theme throughout these novels is the aspect of strong female bonds. Plus, with The Hawkweed Legacy, there’s so much adventure, plenty of danger, and a whole lot of emotion!

These books are absolutely amazing! We 100% recommend that you to go out and buy yourself copies of both novels!

The Hawkweed series was written by screenwriter and author, Irena Brignull. An incredible and inspirational woman, we had the opportunity to sit down and chat with her! You can check out our exclusive interview here: 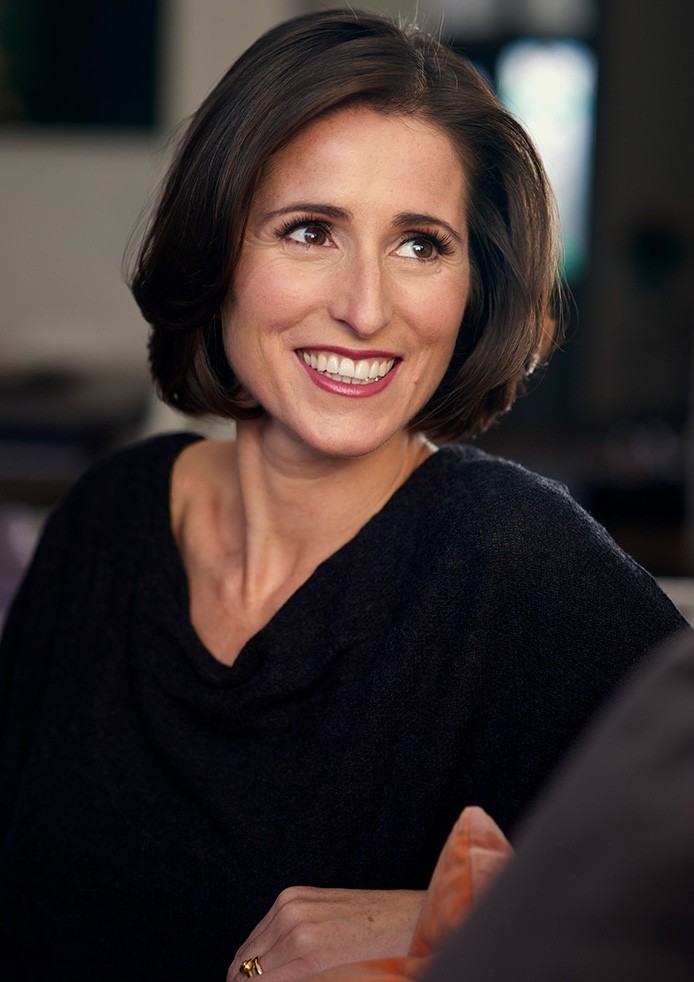 I’m a screenwriter who has recently started writing novels. More importantly, I’m the mom of three gorgeous, but very active kids. It’s partly because of them that I’ve been drawn to writing family movies such as Skellig, The Boxtrolls, and The Little Prince. My eldest child is now a teenager and my two Hawkweed novels feature teenage protagonists.

I live in London, but I was brought up in the English countryside. It’s there I feel happiest. (There and in Greece where my mom and my husband are both from.) Wherever I am, I tend to spend part of my days lost in imaginary worlds, then returning to reality with a bump when I realize I’m late for something – again!

When did you realize you had a talent (and a passion) for writing?

English was my best subject at school and I always loved reading. My father used to make up stories for us at bedtime and I found myself doing the same. But, it took me a long time to get the confidence to try and write professionally. I spent most of my twenties working on other people’s screenplays which, in fact, was great training. I really fell into writing my first screenplay by accident. I’ve never been much of a planner.

You studied English Literature at Oxford University. How does your background in literature influence you as a writer?

Studying literature has been invaluable. The first read of a good novel is wonderful, but to re-read and examine leads to an understanding on many more levels. I guess it’s like most things in life – the more you put in, the more you get out. When I’m writing I’m not conscious of any influences, but I’m certain they’re very present. I like to think my studies have honed my instincts on how to shape story and character, and how to avoid the general and the sentimental. I feel I’ve been particularly influenced by some great literary heroines – Jane Eyre, Tess Durbeyfield, Lucy Honeychurch, Hester Prynne, Elizabeth Bennett, and so many more.

You have written and edited some major screenplays. Can you tell us what those experiences have been like and how you got into screenwriting in the first place?

I felt rather lost after leaving Oxford. I knew I wanted to work in a creative industry, but had no idea how to go about it. I ended up interning at several places before finally becoming an assistant to a TV producer. I wasn’t a very good assistant, but I was a good reader and I quickly got promoted.

This lead to me somehow getting a rather senior job for my age at the BBC and then working in an independent film production company where I script-edited movies like, Shakespeare in Love, I Capture the Castle, and Captain Corelli’s Mandolin.

I really loved working with other writers and directors, helping them bring their vision to fruition. It definitely propelled me to write my own screenplays. My real break came when I was offered the chance to adapt David Almond’s beautiful book, Skellig. Two big animated movies followed – The Boxtrolls and The Little Prince. They were all wonderful experiences. I learned so much from each of them.

Speaking of The Boxtrolls and The Little Prince, what was it like not only writing something based on a novel, but also something that’s to be animated?

I’ve worked on a number of adaptations and I always feel a huge sense of responsibility to the novel, its author, and its readers. This was magnified a hundred-fold on The Little Prince as that book is treasured by so many across the world, and rightly so. But, my job as a screenwriter is not to transcribe the book into a screenplay format. It’s about turning it into a feature length drama of the highest standard possible. At least, that’s the aim! But this involves choices. Often hard ones. The key is to protect the heart and spirit of the story while making the necessary cuts or additions.

Writing is often a lonely pursuit, but on animated movies, there are a whole team of artists working away while I’m typing. It’s wonderful to be part of such a creative and collaborative team. I also really enjoy the close working relationship with the director – being able to try different avenues, go down dead ends, get lost, and find new ways.

Your books, The Hawkweed series, are filled with witches and magic. What influenced you to write about this topic specifically?

I’ve always been fascinated by the idea of witches. Firstly, with the fictional characters of my childhood – usually the villains of the piece, often unmotivated with no backstory. Then, as I grew older, my interest turned to those historical women who were persecuted so terribly, perhaps for being different, not conforming, or simply for being a convenient scapegoat for others’ ills. Both seemed so mysterious. Both seemed symbols of female power in worlds which feared them.

Mother/daughter relationships are an important theme throughout your books, as well as sisterhood. Did this happen naturally or did you go into writing wanting to focus on these themes?

I’m a mother, a daughter, and a friend. All of these relationships have shaped me as a person. Their influence is immense. I didn’t consciously intend to write about them. I simply had an idea for a story – two girls switched at birth who meet as two troubled teens. I guess this allowed me to express some of the long-held thoughts and feelings about these important female bonds.

In your own words, what would you say your book series is truly about?

The books are about shaping your identity – beyond birth, or place, family or society, or even expectation or prophecy. They’re about finding your purpose and your clan.

The film and television rights to the series have been selected by StoryBy Entertainment. What’s the plan from here and how will you be involved?

I think they’re going to pursue the books as a television series. If they do go the film route, then I may write the screenplay. Otherwise, I’ll be an executive producer on the show, helping out as much as I can. I’m excited to see what screen life the Hawkweeds will have.

Can you tell us a bit about your writing process? How different is writing a novel versus writing a screenplay?

Writing screenplays and novels are very different, but in both, my job is to tell a story in the most engaging way I can. Screenplays rely on structure, dialogue, and action. Novels are descriptive and can use inner thought to reveal character and motivation. I tend to map out my screenplays quite thoroughly before starting to write. With my novels, I have a direction in mind, but I let the story evolve as I write until the characters take over and guide me.

Which writer has inspired you the most and why?

Roald Dahl for inspiration, but Anne Tyler for admiration. Roald Dahl’s books were the first I really remember. They showed me the power of story-telling and make-believe, and made me want to be a writer.

Anne Tyler is a novelist that I marvel at. She doesn’t need witches for magic as she finds it in the ordinary and every day. She has an eye for human frailty, but exposes with such warmth and affection.

Is there anything about yourself that might surprise our readers if you were to share it with them?

I’m very unfit now, but I used to dream of playing at Wimbledon. I played tennis for the South of England and got a blue at Oxford before realizing that I was far too emotional and erratic for professional sports.

Your career seems boundless. Where do you see yourself going from here?

You’re lovely to say that. It’s taken a while, but I’m really enjoying trying my hand at different things. I’ve got a picture book coming out, I’ve recently sold an original TV series idea, and I’m working on a middle grade novel. This is all exciting, new territory for me. I’ve got so many story ideas, but I’m trying not to get ahead of myself. One step at a time. (Or maybe two!)

Keep writing. And re-writing. There is no “perfect,” but practice does make you better. It helps you find your voice and this is the key. Don’t try and sound like anyone else or write what you think is wanted. Make it true to you – then it will be original and worth reading.

I’m still learning, but I will offer up this last thought: Finish what you start. No matter what happens with it, it is such an amazing achievement. 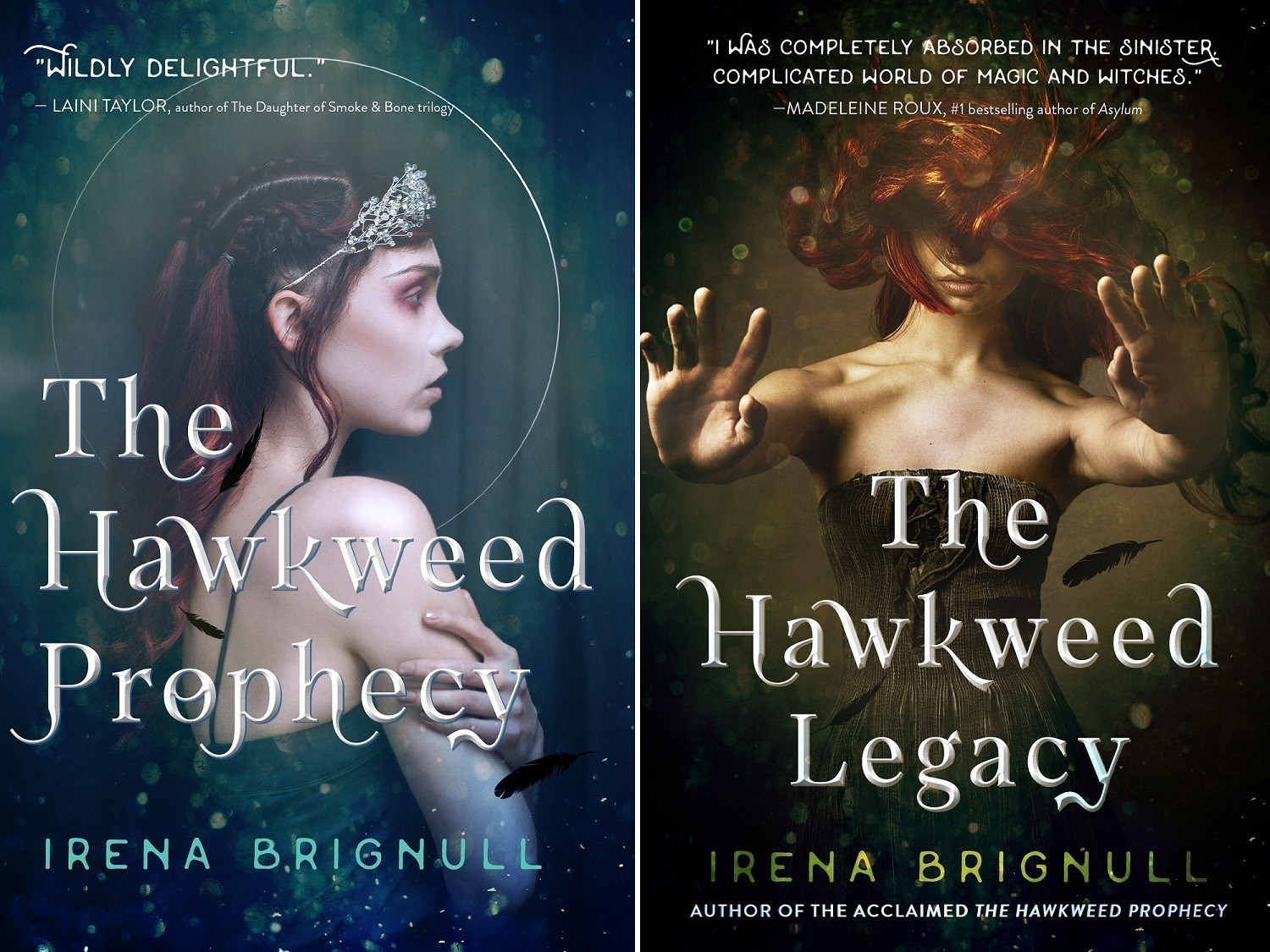 The Hawkweed Legacy is now available for purchase, so go and check it out!

Veronica Vivona received her B.A. in creative writing and sociology from the University of North Texas in 2015. She's a lover of spicy food, glitter nail polish, and Disney/Pixar movies. In her spare time, she loves to read and hang out with her goldendoodle, Potato.

Get The Scoop On Country Artist Jenny Leigh

Community Parody Episodes – 10 That You Need...

Why Nick Miller From New Girl is a...

Films to Celebrate the End of LGBTQ+ Pride...