Marvel Studios has been a little quiet on the movie front since Infinity War. Now that we’ve all grieved, speculated, and added Blu-rays to our collections, it’s time to talk about a certain Captain. Marvel released the Captain Marvel trailer today! No joke, no lie. Marvel fans, get ready because Carol has arrived!

This morning has been super eventful for Marvel fans. Brie Larson went on GMA today to premiere the first trailer for Marvel Studios Captain Marvel! Our last post gave you some Captain Marvel comic knowledge and told you everything we knew about the latest member of the Marvel Cinematic Universe. After months of waiting, the speculations are over and we finally have a trailer to get things started!

Captain Marvel, or Carol Danvers, enters the MCU timeline in the 90s. Any doubts about this immediately go out the window in the first moments of the trailer. Throwback alert: Carol crashes from space into a Blockbuster Video store!  She’s super confused and wanders around trying to make sense of what just happened to her. Carol can remember bits and pieces of her past life, but not much else. She knows she was in the Air Force and she knows has powers now. She’s also really unsure about why she came from space especially when she realizes that she was on Earth at one point. 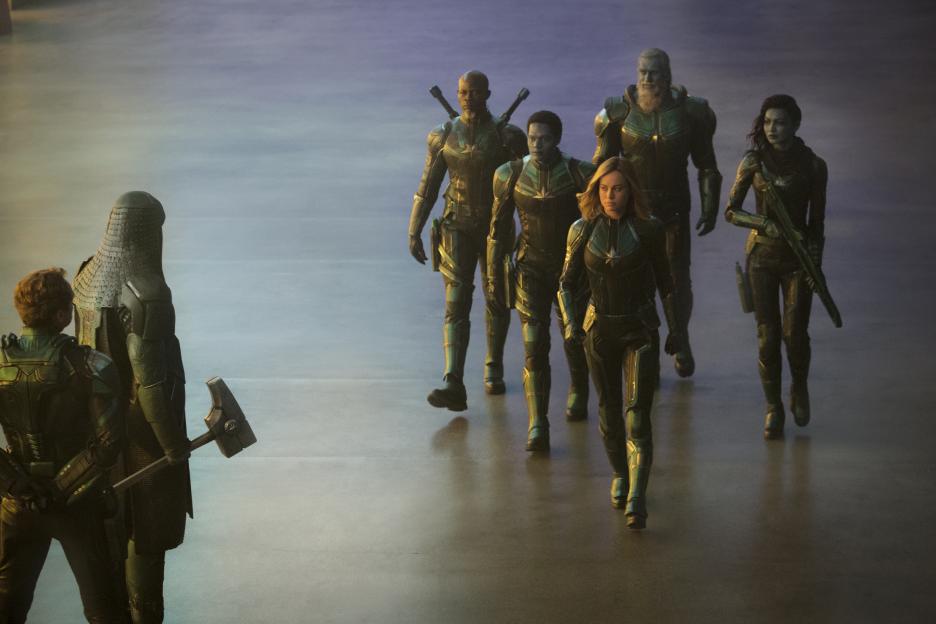 As Carol tries to connect the dots, she crosses paths with Nick Fury. Yep. That Nick Fury. He’s lost his patience with his job and he’s about to call it quits. Nick knows right away that there’s something different about Carol.  So what happened to Carol? What makes her Captain Marvel? How did she become one of the most powerful heroes in Marvel history?

We already know that this newest MCU film takes place more than a few years in the past and has some overlap with the Guardians of the Galaxy universe. The trailer shows what looks to be the start of an alien war on its way to Earth for the final showdown. Will Carol be able to stop the war before it goes too far?

Get the first look at the Captain Marvel trailer!

Check out the Captain Marvel site for more!

10 Supernatural Actors in Hallmark Movies
Kansas City Get Your Advance Screening Tickets to the Latest DISNEY•PIXAR film, "COCO"
5 Reasons To Be Excited For Wonder
Best Book to TV Adaptations You May Not Know About
Captain MarvelMARVELmarvel studiosMovies
0 comment
0
FacebookTwitterPinterestEmail

7 Best Tips To Help You Develop a More Sophisticated Style