On Monday night I was invited to check out the Kansas City premiere of, “The Good Lie.”  The movie was amazing and I was even able to chat with some of the stars.  The message in this movie is so moving and incredible.  It really relays the message of what life is all about.

I was lucky enough to chat with some of the stars of the movie on the red carpet at its Kansas City premiere.  Some of the scenes in this movie are actually filmed in Kansas City.  Woohoo viral props to KC.

I got the chance to chat with “Young Paul.” Check out my interview below.  (I have a little practice to do before I take over Giuliana Rancic’s  job, but hey it was still really fun. 😉 ). 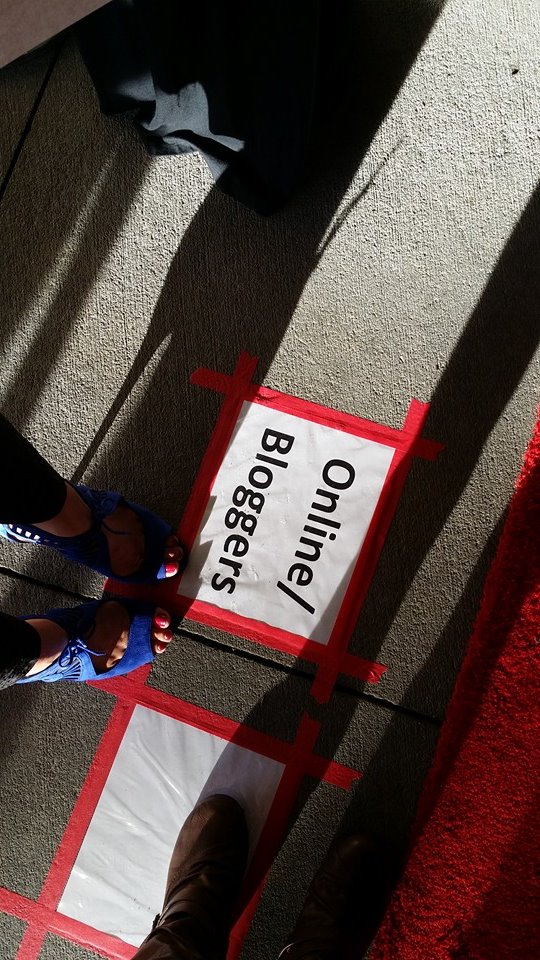 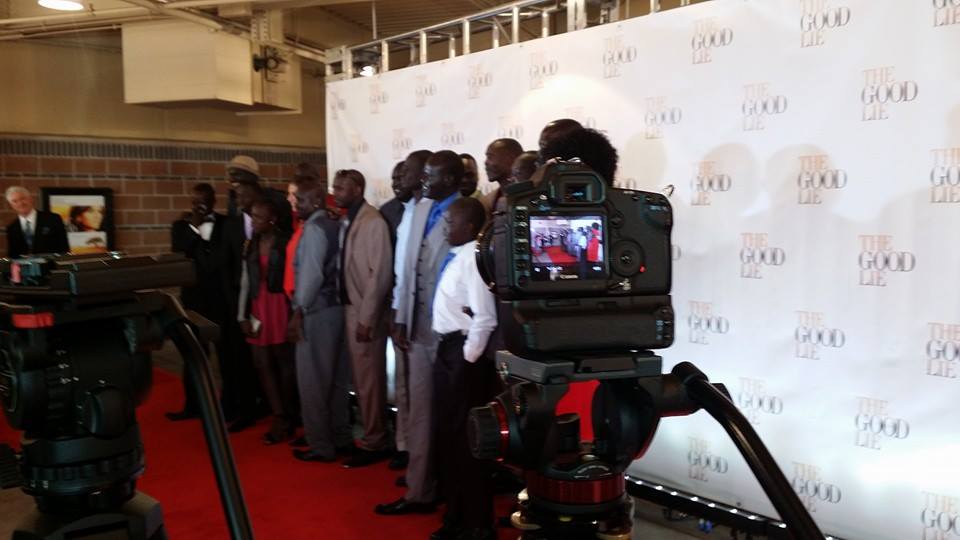 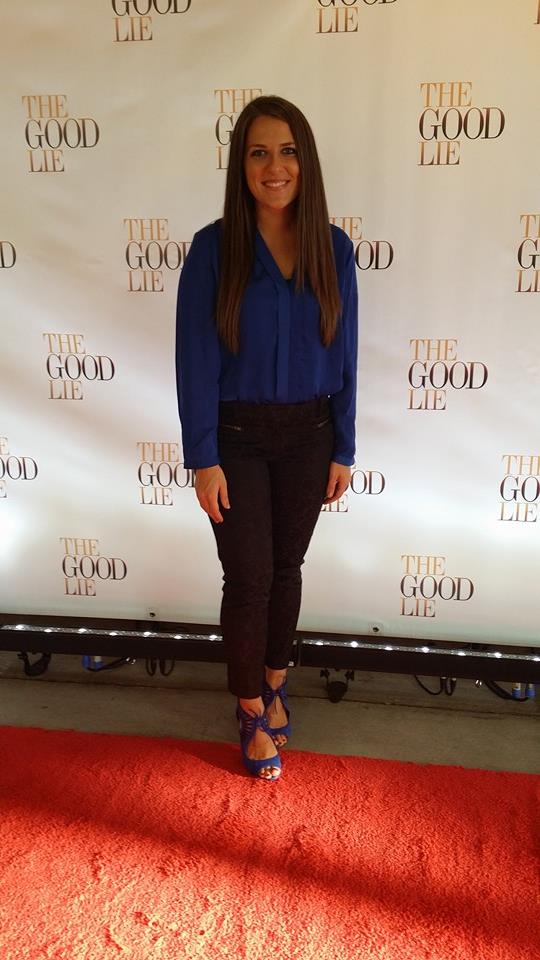 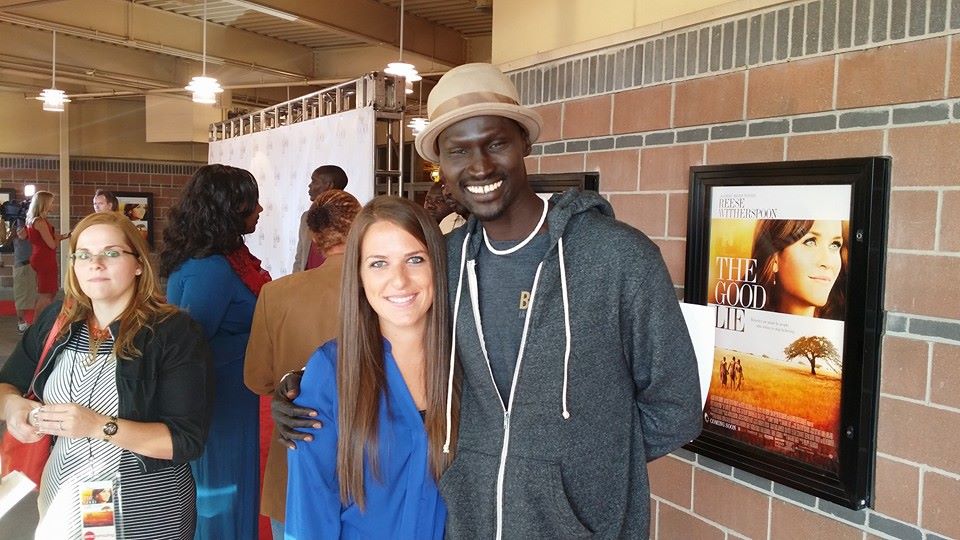 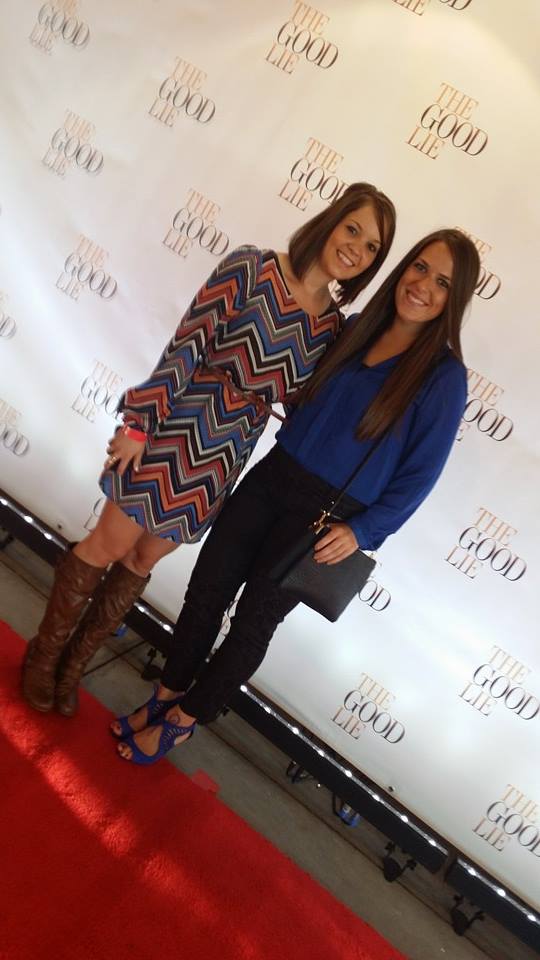 Shout out to my amazing friend Lindsey for going to the premier with me. This movie made me even more thankful for the supportive and inspiring people I have in my everyday life.

More about the movie…

They were known simply as “The Lost Boys.”

Orphaned by the brutal civil war in Sudan, which began in 1983, these young victims traveled as many as a thousand miles on foot in search of safety.  Fifteen years later, a humanitarian effort would bring 3600 lost boys, as well as girls, to America.

In “The Good Lie,” Philippe Falardeau, (writer and director of the Oscar-nominated Foreign Language film “Monsieur Lazhar”) brings the story of their survival and triumph to life.  Academy Award winner Reese Witherspoon (“Walk the Line”) stars alongside Sudanese actors Arnold Oceng, Ger Duany, Emmanuel Jal, and newcomer Kuoth Wiel, some of whom were also children of war and lived through traumatic events not unlike those depicted in the film.

Mamere and Theo are sons of the Chief in their village in southern Sudan.  When an attack by the northern militia destroys their home and kills their parents, eldest son Theo is forced to assume the role of Chief and lead a group of young survivors, including his sister Abital, away from harm.  But the hostile, treacherous terrain has other dangers in store for them.  As the tattered group makes the difficult trek to Kakuma refugee camp in Kenya, they meet other fleeing children, forging a bond with Jeremiah, who, at 13, is already a man of faith, and Paul, whose skills become essential to their survival.

Thirteen years later, the now young adults are given the opportunity to leave the camp and resettle in America.  Upon arriving in Kansas City, Missouri, they are met by Carrie Davis (Witherspoon), an employment agency counselor who has been enlisted to help find them jobs—no easy task, when things like light switches and telephones are brand new to them.

Although Carrie has successfully kept herself from any emotional entanglements, these refugees, who desperately require help navigating the 21st century and rebuilding their shattered lives, need just that.   So Carrie embarks on her own unchartered territory, enlisting the help of her boss, Jack (Corey Stoll).

Together, against the backdrop of their shared losses, the Lost Boys and these unlikely strangers find humor in the clash of cultures, and heartbreak as well as hope in the challenges of life in America.

Along with Witherspoon, the film stars Arnold Oceng (“My Brother the Devil,” “Adulthood”), Ger Duany (“I Heart Huckabees”), rapper Emmanuel Jal, and newcomer Kuoth Wiel, all of whom are of Sudanese descent.  Rounding out the main cast are Sarah Baker as Faith Based Charities volunteer Pamela Lowi; and, as the younger Lost Boys, Peterdeng Mongok, Okwar Jale, Thon Kueth, Deng Ajuet and Keji Jale, all of whom are children of Sudanese refugees.

Win 1 of 8 Tickets to Holiday Mart in Kansas City

Join Me For A Night Out With Monarch...

“Getting Likes: Outside & In” Social Media Makeover...

Join Sarah Scoop For The “The Kitchen” Ladies...

I must say it was hard to find your website in google.
You write interesting content but you should rank your page higher
in search engines. If you don’t know 2017 seo techniues search on youtube: how to rank a website
Marcel’s way