The Good, The Bad, & The Solar: Diving Into The Pros & Cons Of The Sun

Without the sun which shines in the sky, Earth would be a very different place. Devoid of life, our beloved planet would be little more than a collection of rocks, ice, and other primal elements hurtling their way through the cosmos. Of course, this is a rather grim outlook, and, thankfully, it isn’t the case. The sun isn’t all fun and games, though. To give you an idea of the good and the bad impact which this celestial giant has Earth and its inhabitants, this post will be exploring this area, with ideas ranging from environmental issues to the health concerns which it brings. With this in mind, you should gain a new respect for the star which lights our galaxy.

The environment is a crucial area to consider when you’re thinking about the sun. A huge portion of the concerns people have surrounding this area are in some way related to it, but it would also be impossible to live without it. This creates a balance which has to be considered when you’re considering whether or not it is bad. Below, you can find some examples of the issues which the sun can cause, along with what makes it so important to the environment around you.

Change: As the first area, it’s time to think about the way the sun’s impact on Earth has changed over the last few million years. Like the current process of global warming, the world’s atmosphere has always been evolving and changing, thanks to the different gasses which make it up. When there is more carbon dioxide, for example, UV radiation has a much clearer path to the surface, making the whole planet hotter. When there is more oxygen present, though, things will start to cool down. This has paved the way for all of the different kinds of life which the planet has been home to over the last few million years, and is only bad if the change makes your kind of life unlivable.

The Good: The environment around you wouldn’t exist if it wasn’t for the sun. Plants need the light it produces to generate energy, and animals need plants to eat and the oxygen they create to breathe. This makes it essential, and something which would be incredibly hard to live without. Along with this, it makes the whole planet a lot more comfortable. Controlling the temperatures you feel on a day to day basis, while also warming your skin when your are in its direct light, the world would be a harsh place to live without it.

The Bad: On the flip side, having too much of the sun’s light can be a very bad thing. For the environment, this means less water, powerful storms and other weather patterns, and it will even make it hard for plants to survive. With this in mind, it’s very easy to see the delicate balance the sun has created on Earth. In fact, in some parts of the world, the negative side can already be seen, with the hottest deserts supporting very little life, even when the other aspects it needs are in abundance.

Human life has always revolved around the sun. The way that people build, choose their homes, and even live their lives is strongly dictated by the giant orb in the sky. This has had such a large impact on humanity that several civilisations throughout history have worshipped it, and this makes sense, especially when considering the way that it forced them to live. You can find some examples of the good and bad side of this below, along with a look into the way that it has changed throughout modern history.

Change: Like the changes in the environmental impact the sun has on Earth, the way that differing levels of gasses in the atmosphere have adapted over time have caused a range of reactions from modern humans. Of course, nowadays, people are aware that having too much of certain gasses around will make the world get hotter, making life practically impossible to live once it reaches a certain point. Along with this, though, it is changing the way that a lot of people deal with things like waste. Recycling is at all time highs, and people are becoming increasingly aware that they need to work hard to keep their usage of resources as low as possible if the world is going to last.

The Good: The good that the sun does for people is easily measurable. In hotter places, less power has to be used to make homes warm, and resources like food tend to be in much greater abundance. At the right levels, heat can make people happier. This limits the conflicts which are had between groups, while also improving modern societies on the whole. Of course, people are often brought together through adversity, but when there isn’t anything to make life difficult, there is no need to be brought together, as it will already be very easy to live in harmony.

The Bad: Of course, human life isn’t only benefitted by the sun, though, and there are some negative traits which come with it, too. When you’re home is too hot, tools like air conditioners will have to be used to make it livable, and this is something which uses a lot of world’s resources. Along with this, products like Sundown window tinting may have to be used in an effort to limit the sunlight which is able to get into buildings and vehicles. This all contributes to a lot of time and effort being spent on keeping the sun away. As mentioned in the environmental section, the sun can also have an impact on the weather. In some areas, this can see people torn from their homes without warning, often injuring or even killing people in its path.

Finally, as the last section to cover, it’s time to think about the way that the sun can impact areas like health. While this is a large part of human life, it’s the most likely to impact most people in day to day living, and this makes it critical to most. This isn’t something which has changed very much over time, making this section a little different. Instead of examples of just the good and the bad side of things, it will also be covering individual conditions, along with the way that the sun can provide negative or positive influence when people are suffering with them.

The Good: There are plenty of things which make the sun excell when it comes to medicine. For example, a huge portion of the plants which are used for modern treatments wouldn’t exist without it. Below, you can find some of the conditions which are most affected by the sun, enabling people to live much more comfortable lives, while also giving them the chance to experience things in a new light.

The Bad: Of course, though, the impact which the sun will have on your health isn’t always good. In fact, in a lot of places, people fear this primal force, and will avoid being in it for too long at all costs. Below, you can find a couple of examples of the health issues which the sun can cause, with simply staying out of it being the only way to avoid them. Of course, you can also use tools like sunscreen to help.

With all of this in mind, you should have a much greater understanding of the way that the sun impacts the planet you call home. Being such a big part of life, it doesn’t matter that there is a negative side to all of this, as life simply wouldn‘t exist without it. It’s still worth being careful, though, as it can be easy to find yourself causing problems or facing them yourself if you don’t show the sun the respect it deserves.

The Must-Have Walmart Beauty Favorites You Need for the New Year
Fighting A Flood And Fixing The Damage It Causes
4 Reasons Why Every Bride To Be Should Be In Contact With The Best Man
How To Stop Yourself From Getting Scammed Online
Categories: Beauty 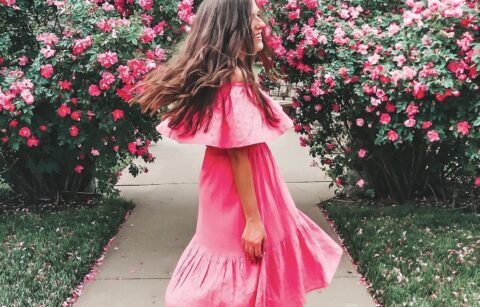 Curl Your Hair With These Must-Have Walmart Beauty Products 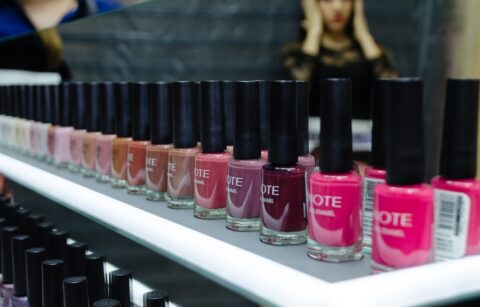