Stuck inside and tired of watching the same thing over and over again? Have no fear! We here at Sarah Scoop have the cure. In this article we’re giving you ten epic shows to binge from the 1990s. The best part? They’re already finished airing, so you can watch the entire thing without stopping. So finish organizing your Beanie Babies and grab your Tamagotchi!

Today we’re going old school and listing ten series that premiered between 1990-2000 that are totally marathon-worthy.

The show that made the zip code famous. When twins Brandon and Brenda Walsh make the move from Minnesota to Cali, their world is turned upside down. “Beverly Hills 90210” is the story of Brandon, Brenda, and their new friends as they navigate high school and eventually adulthood. Another perk? Aside from a whopping ten seasons, there are a handful of spinoffs as well. This includes the iconic “Melrose Place” (1992-1999) starring Grant Show, “90210” (2008-2013) tells the story of the latest generation at West Beverly High, and the short lived reboot. “BH90210” (2019) reunites most of the original gang to play heightened versions of themselves. If that’s still not enough to keep you busy? Keep reading!

Before “Grey’s Anatomy” was the medical titan we’ve all come to know, we had “ER”. With a whopping 331 episodes over 15 seasons, “ER” quickly became the can’t miss medical show of the 1990’s. The series follows the staff of Chicago’s County General Hospital as they experience day to day efforts of saving lives. From high end surgeons to nurses and medical students, there isn’t an aspect of the job that goes ignored. Created by “Jurassic Park” author Michael Crichton and produced by Steven Spielberg, the series is an icon in television history.

It seems like a crime not to include “FRIENDS” on our list. While most people have seen it, we don’t think there’s ever a bad time for the millionth rewatch. For those not in the know, “FRIENDS” keeps it simple. A group of six (you guessed it) friends living in NYC exploring relationships and trying to figure out life. It’s hilarious, at times it can warm your heart, and it’s an American classic. Plus, whether a new fan or old, 10 seasons worth of content are sure to keep you busy.

The cop drama of all cop dramas, “NYPD Blue” follows the lives of the fictional Manhattan 15th Precinct detective squad. Each week, the audience witnesses the harsh realities life offers from the viewpoint of NYC Police. The series centers primarily around two partners: Detectives Andy Sipowicz (Dennis Franz) and John Kelly (David Caruso). Both men take two drastically different approaches to the job, though do an equally excellent job of leading an ensemble cast. The series also includes Jimmy Smits in a career defining role. If you love a good action sequence and drama to taste, this is the show for you.

A supernatural drama series based on the 1992 film of the same name. Initially, Buffy is a young girl who just wants to live her life. But over time she’s forced to embrace her fate to keep the world safe from dark forces. Since its original debut, the series has inspired countless tie-ins including comic books, video games, books, and more. Most notably is the spinoff series “Angel” exploring the trials and tribulations of the titular character from the original cast. The series was created by the legendary Joss Whedon and founded the role that put Sarah Michelle Gellar on the map. These are seven seasons you’ll fly through, supernatural powers or not.

Starring Ben Savage as Cory Matthews, “Boy Meets World” keeps it simple telling the chronicles of everyday events. We learn life lessons with Cory and his best friend Shawn as they go through years of adolescence, gaining insight from family and their ever-present teacher Mr. Feeny. The show produced seven seasons during its original run, and led to a spin-off of the next generation. Disney Channel’s “Girl Meets World” ran for three seasons in 2014-2017 and is the perfect way to complete the circle. This is one show great for the entire family to watch.

For the science fiction lover, we give you the “X-Files”. FBI Agents Mulder (David Duchovny) and Scully (Gillian Anderson) investigate unsolved cases dealing with the paranormal element. He believes; she’s a skeptic. Yet somehow their partnership becomes one for the ages. The show’s original run went for nine seasons, however several additions have since premiered. 1998 and 2008 each produced movies, and in 2016 six episodes ran for a shortened season 10, with 10 more episodes of a shortened season 11 premiered in 2018. Romance, aliens, and a monster of the week. What else can you ask for?

Whether you’ve seen the show or not, we’ve all sang along to the theme song at some point. “Dawson’s Creek” is what brought us James Van Der Beek, Katie Holmes, Joshua Jackson, and Michelle Williams. Set in the fictional Capeside, Masachusetts, four teens face the common struggles of growing up and falling in love (over and over again). A simple and common concept? Yes. But a classic done well is hardly something to cry over.

A crime drama to spice up your time, “The Sopranos” allows us to see the difficulties faced by mobster Tony Soprano (James Gandolfini) as he runs his criminal organization. In addition to the life of crime, Tony struggles with common factors like a wife at home, family drama, and various rivals. Referred to by many as one of the most influential television dramas in history, the series will no doubt keep your thrill level high while stuck inside.

Love a good rom-com but want more than just a two hour film? Welcome to “Sex and the City”. An adaptation of Candace Bushnell’s 1997 book of the same name, the series depicts four friends in New York City exploring their thirties and everything life has to offer. This is unarguably Sarah Jessica Parker’s most notable role to date as Carrie Bradshaw. “Sex and the City” has also spawned two movies in 2008 and 2010, respectively, as well as a prequel series, “The Carrie Diaries” that ran for two seasons on the CW in 2013.

We hope this helped cure your boredom! Make sure to tell us in the comments about your new favorite binge-worthy show!

Make sure to check out more Scoop below:

6 Books That Need To Be Turned Into Movies

The Top 7 Harry Potter Deaths We’re Still Not Over, Ranked 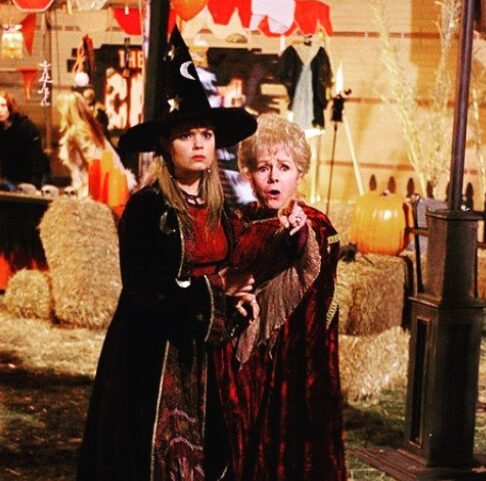 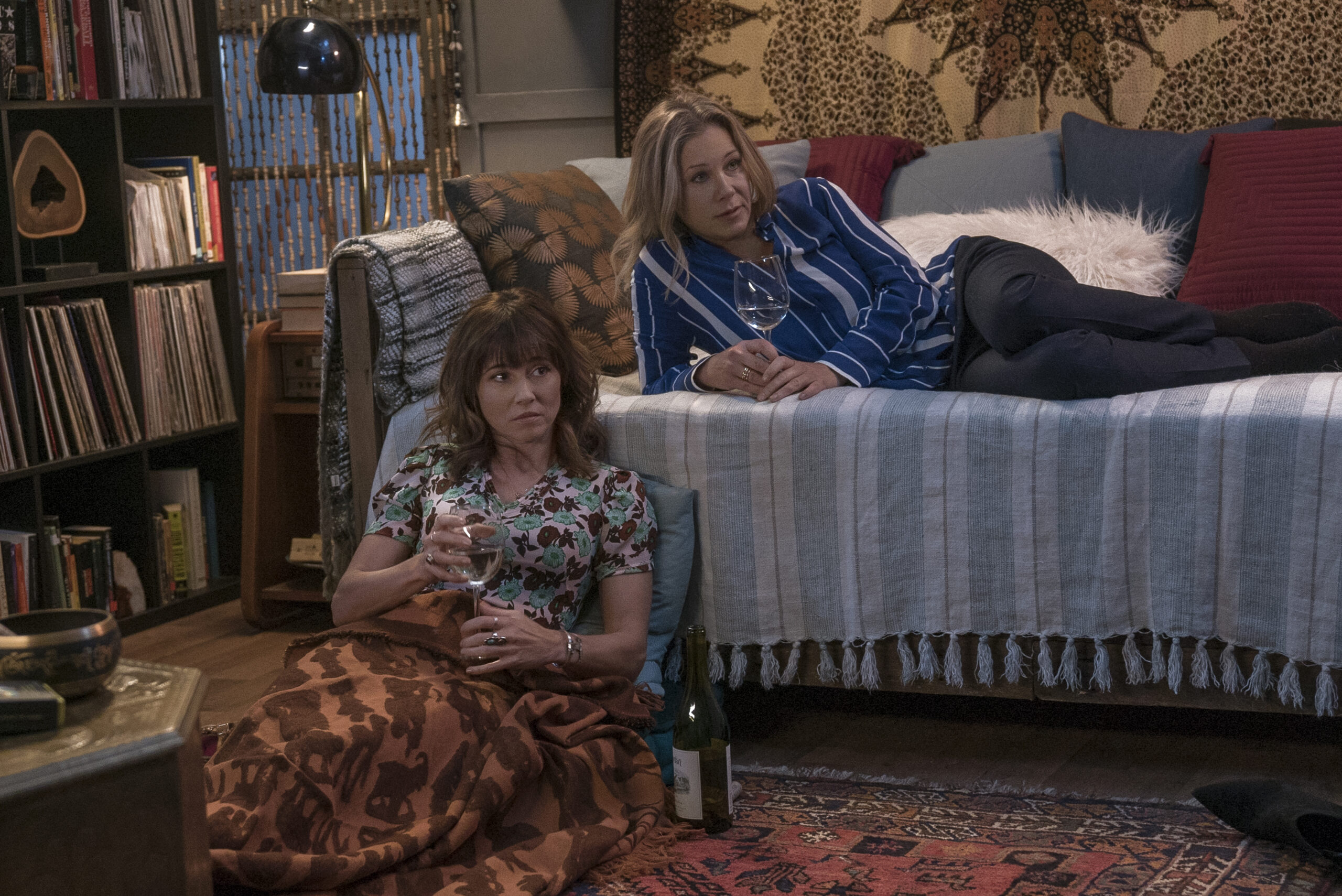 Next
Review: Kill Your Boredom With "Dead to Me"
Click here to cancel reply.