10 TV Characters Who Would Make a Great Best Friend

Social distancing means that we’re stuck at home watching a lot of TV. Whether it be a drama or a sitcom, there’s usually one character on a show that we can picture ourselves hanging out with. Here are ten characters from TV shows that would make a great best friend!

Leslie is a great friend to everyone on Parks and Recreation, especially Anne. She showers people with kindness and compliments. We couldn’t agree with Leslie more when she says that “friends, waffles, and work” are what’s important in life.

Everyone in the Nine-Nine would make a good best friend. But, Boyle is the most loyal friend you could ever have. He’s invested in Jake’s life, to the point of squealing when he finds out that Jake and Amy kissed. We wish we had a friend like Boyle to cheer us on!

Jess enters the loft and changes it for the better. Schmidt, Nick, and Winston would be lost without her. Jess is also a fantastic best friend to Cece, who she would do anything for if she asked. Plus, we’d love to sing a best friend theme song with Jess.

Janet is not a robot or a girl, but she’s a great friend. She creates an entire neighborhood to assure the happiness of humans. Who wouldn’t want a best friend like Janet, who could summon anything and answer all of life’s questions? As Janet’s friend, she’d also want you to read the Top 10 Funniest Jason Mendoza Quotes.

Sometimes, you just need a friend to make you laugh when you’re having a bad day. No one is better at jokes than Chandler. Even if he can’t offer you advice, he’ll gladly say a sarcastic comment. He’s a great best friend to Joey and a good romantic partner to Monica. Read why in our article Monica and Chandler are the Real Lobsters of “Friends.”

Twyla is the most optimistic person in Schitt’s Creek, which is a show you should watch while following our Schitt’s Creek Work-Out Guide. She runs Café Tropical and serves customers with a smile. Twyla’s also there whenever someone needs her. She assures Moira that her movie will be a success and closes down the Café so Alexis and Ted can have a romantic evening. We’d definitely go to her murder mystery party.

Abed from “Community” offers his friends advice in the form of pop culture references and can make any occasion fun. His friendship with Troy, in particular, is admirable. They have their own morning show and play pretend in their Dreamatorium. If you’re looking for a best friend who will bring out your inner child, Abed is the perfect candidate!

While Paula from Crazy Ex-Girlfriend may commit a crime every now and then, her heart is always in the right place. Her scheming with Rebecca and law knowledge would make her a great ally. You would want Paula at your side when things go wrong, and you may sing a song or two along the way.

Eleven from Stranger Things is never dishonest because “friends don’t lie.” She also sticks up for her friends when they’re in danger, using her powers to defend them. We’d love to be her best friend, so we could eat Eggo waffles and escape from the upside-down.

Kimmy was known as the annoying neighbor in “Full House,” but she was always a true friend to DJ. In the reboot “Fuller House,” she becomes part of the “She-Wolf Pack.” She helps DJ raise her kids and acts as a surrogate mother for Stephanie’s baby. While Kimmy’s attire and demeanor are a bit eccentric, you’ll never be bored by being best friends with her.

Could you see any of these TV characters as your best friend? Comment which one you’d hang out with down below!

Want more of the scoop on your favorite TV shows? Check out Jess’ Boyfriends from New Girl: Scored and Is This a Real College Class or One from “Community?” 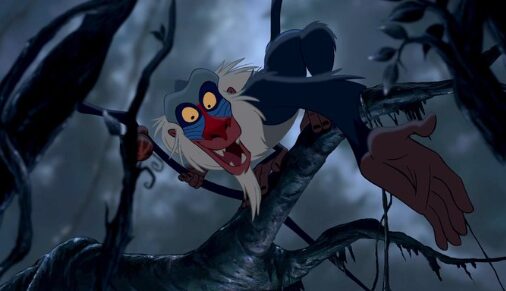 Next
10 Classic Quotes from The Lion King
Click here to cancel reply.