We long for an escape in our lives, especially when the expectations of who we ought to be weigh us down — life begins to feel claustrophobic and restrictive, as you wish for freedom. In the Netflix original show Gypsy, produced by Naomi Watts and created by Lisa Rubin.

We follow our protagonist Jean Holloway (Naomi Watts), a therapist, who attempts to satiate her desire for an escape in her life by pretending to be a different individual. As her persona Diane Hart, Jean meddles with the private lives of her patients, as Gypsy depicts her life spiral down to an irreversible pathway.

Here is the scoop on quotes from Gypsy!

1. “Underneath the suits, behind closed doors, we’re all ruled by the same desires. And those desires can be raw and dark and deeply shameful.” – Jean

2. “The more you watch someone, the more you realize, we are never really who we say we are. Hidden underneath, there’s always a secret. We might actually be someone else.” – Jean

4. “It’s like staring at the sun. You know you should probably stop, but it’s the most intense feeling in the whole world that you can’t help but look.” – Sam

7. “I understood then the key to happiness. Active denial.” – Sidney

8. “How on Earth are you supposed to know who you’ll want to be with ten years from now?” – Jean

13. “Sometimes we’re just here to listen, to be a sounding board. And realize that can’t fix everyone.” – Gary

14. “You work with what she brings into the room, whether that’s delusional or real.” – Gary

15. “I had to pick up more chardonnay. Divorce equals high tolerance, I swear.” – Larin

19. “But, you know, you shouldn’t believe everything you hear. People tell stories that aren’t true.” – Sidney

24. “You don’t care about anyone but yourself. Everyone who crosses your path ends up a fucking casualty.” – Jean

25. “I swear, if you don’t look suspicious, people never suspect anything.” – Jean

29. “By resisting it, you’re actually giving it more power.” – Jean

30. “Finding someone who loves you for who you really are, at your best, at your worst, that’s true love. Not this constant search for adventure.” – Jean

31. “It’s nice to have a community, though. It’s different to go through life alone, you know?” – Rebecca

33. “You don’t want to go through life alone. I just don’t want you to turn around and have nothing left.” – Nancy

34. “People think being alone is the scariest thing in the world. They’re wrong. Lying to yourself is far worse.” – Sidney

35. “Do you know that look? The one where the person you love most is completely disappointed in you? Or they no longer see you as their kid, but as an individual, and they don’t like what they see?” – Allison

36. “‘Cause you’re my girl, right? And I’d do anything for you. Give up everything just to make you happy.” – Jean

39. “I want her to feel special today because I know what it feels like to be so fucking invisible all the time.” – Jean

44. “You know why I like it? Indigo? Because it barely exists. They call it the sixth color of the rainbow, but really, it’s just kind of a fantasy.” – Sidney

45. “The best predictor of future behavior is the past.” – Jean

46. “But sometimes it’s easier to live for others than it is to figure out how to live for yourself.” – Jean

48. “Sometimes strangers are the only people we can be honest with.” – Jean

49. “And sometimes when we break free, we need to push some people aside so we can get in touch with our true selves.” – Jean

50. “We believe we choose our families. The same way you choose who you are.” – Dax

52. “Just as people and circumstances change, you also have a greater power within you. The power to make your own choices. For your very best change.” – Lisa

54. “I can give you a persona to an alarming degree, where it’s imperceptible to the ones most close to me. I… don’t know who’s in control anymore. Or who I wanna be.” – Jean

55. “The world will not come to an end because you are taking time for yourself.” – Jean

57. “Well, the truth is, bully or victim, the feeling’s just the same. It’s insecurity and fear.” – Jean

58. “That level of animosity might mean they actually could be great friends.” – Jean

59. “She’s bewitching, but she’ll fuck you over when she’s on her next obsession.” – Emily

63. “Stop thinking about what everyone else wants for you. ‘Cause, eventually, they’ll all fuck off. And all you’ll be left with is whether you were true to yourself.” – Sidney

65. “Yeah, there’s only so long you can circle your prey before you go in for the kill.” – Sidney

66. “I wanted to jump your bones since the first time I saw you in line.” – Sidney

72. “I just think if you just focus so much on what you should feel… you don’t really know what it is you do feel.” – Jean

73. “I felt this strange permission to be someone else.” – Michael

74. “She seems so strong on the outside, but underneath… I’m not sure she has any… real control.” – Michael

75. “Nothing is real except for what you see in this exact moment. Which means you can’t chase the truth.” – Jean

79. “Just to feel good for one night is something.” – Allison

82. “They say they care. They look you in the eye and tell you that your problems matter to them, but soon enough, they’re back debating what to watch on TV, what restaurant to eat at.” – Allison

87. “When you shut someone out emotionally, you know, it’s hard to get the trust back.” – Larin

90. “You know, I’m beginning to think that we fight so hard against our mothers because we’re really just in denial that we might actually become them.” – Jean

91. “I’m realizing, you should never judge something you don’t understand.” – Jean

92. “I know it’s the secrets that you think won’t kill you that always do, though.” – Nancy

94. “We kid ourselves if we think that anyone or anyplace is gonna offer an escape.” – Michael

95. “You’re some fucking stranger who comes in, get coffee whenever you fucking feel like it.” – Sidney

96. “I wish I could be more transparent, but… it’s difficult for me to let people in sometimes.” – Jean

97. “I felt the impulse. The need to escape and just… break free of everything.” – Jean

98. “That voice that gets into your head, you can’t — you can’t shut it down. And you don’t like what it says, but it makes you want to rebel.” – Jean

100. “Does this make you feel good? Does it make you feel more free to manipulate people like this? That you’re so powerful?” – Michael

101. “They want to inflict pain on others, mostly because they don’t want to feel the pain.” – Jean

102. “Those people who truly desire power are actually only trying to control one thing… themselves.” – Jean

Hope you enjoyed these quotes from Gypsy. Which quote was your favorite?

Despite Gypsy being canceled after its first season, the first ten episodes of the show are more than worth watching with each episode’s intense and psychologically thrilling narratives.

Gypsy is available for streaming on Netflix!

For more quotes from Netflix original shows, check out these posts: 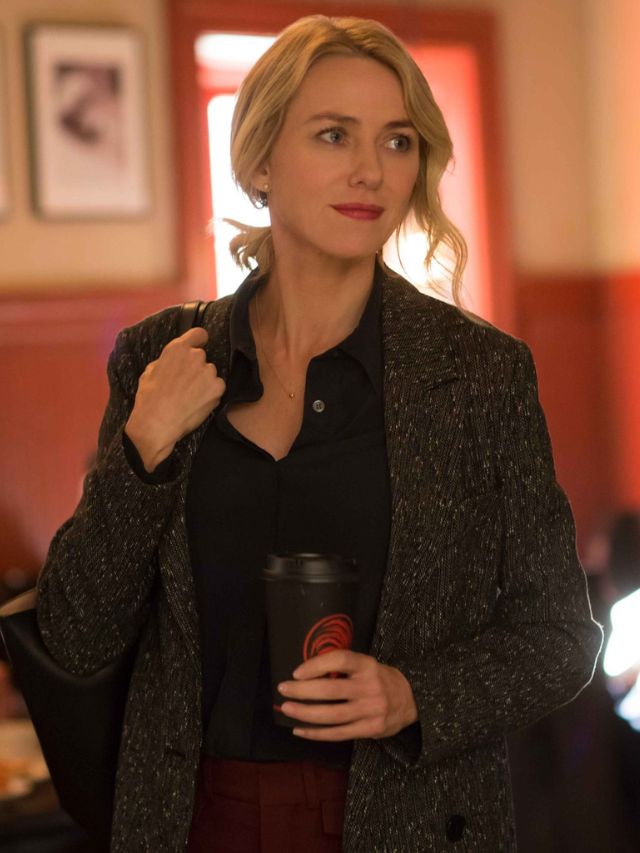