Netflix’s The Crown has some of the most eloquent and riveting quotes only fitting for royalty.

The Crown is a drama series that chronicles the life of Queen Elizabeth II, starting from the beginning of her reign at the age of 25. Actresses Claire Foy and Olivia Colman have given award-winning performances as the Queen and delivered some fantastic lines. 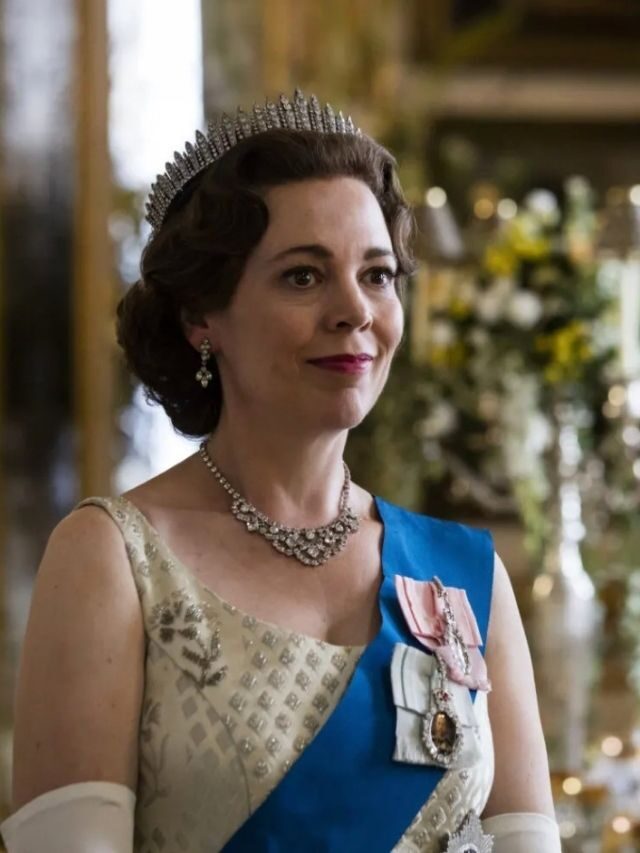 10 Best Quotes from Netflix’s The Crown
View all stories

While the series may be a dramatized depiction of historical events and the personal lives of the royal family, there’s no denying how believable and entertaining the quotes are. Here’s the scoop on the best quotes from Netflix’s The Crown!

1. “Well, then, let’s not overcomplicate matters unnecessarily. My name is Elizabeth.” – Queen Elizabeth

2. “We’re all dying. That’s what defines the condition of living.” – Winston Churchill

3. “I have seen three great monarchies brought down through their failure to separate personal indulgences from duty.” – Queen Mary

4. “The name has to be Windsor. For stability.” – Queen Elizabeth

5. “And don’t be fooled by his obsequiousness. The only reason he’s even civil to us is because he wants to leech off us with a rich allowance to keep that Jezebel divorcee of his in the manner to which she’s become accustomed.” – Queen Mother

6. “But all good things come to those who wait.” – Princess Diana

7. “There’s no such thing as political murder or political violence, there’s only criminal murder and criminal violence.” – Margaret Thatcher

8.”There is no possibility of my forgiving you. The question is, how on Earth can you forgive yourself?” – Queen Elizabeth

9. “I would ask you to consider your response in light of the respect that my rank and office deserve, not that which my age and gender might suggest.” – Queen Elizabeth

10. “The two Elizabeths will frequently be in conflict with one another.” – Queen Mary

11. “Anytime either of us feels like we’re not getting what we need we simply need to give that very thing to the other.” – Princess Diana

12. “Love is a tender kiss for most people.” – Princess Margaret

13. “Self-pity won’t get you very far, you just have to get on with it.” – Princess Margaret

14. “We cannot let the values of the past distract us from the realities of the present.” – Margaret Thatcher

15. “And while you mourn your father, you must also mourn someone else. Elizabeth Mountbatten. For she has now been replaced by another person, Elizabeth Regina.” – Queen Mary

16. “I think it’s a mistake to assume that people are feeling any sympathy for us at all.” – Queen Elizabeth

17. “Sometimes you don’t know how you feel about something until you nearly have it taken away.” – Princess Diana

18. “Power is nothing without authority.” – Margaret Thatcher

19. “The best thing for everyone would be if you said your goodbyes quietly, privately, and disappeared into the night.” – Queen Mary

20. “It was the risk of ruin and his duty to his family that drove him to succeed.” – Margaret Thatcher

21.“Are you sure you wouldn’t have preferred one of those? Someone with a grand title, rather than a homeless Charlie Kraut?” – Prince Philip

22. “That would have all been very antiseptic.” – Queen Elizabeth

23. “But that’s the point, Elizabeth, it’s just advice. It doesn’t mean that you have to act on it.” – Prince Philip

24. “When it comes from the government, you do.” – Queen Elizabeth

25. “History was not made by those who did nothing.” – Queen Elizabeth

26. “No man should be punished for love.” – Winston Churchill

29. “So the former King keeps himself at a distance.” – Queen Elizabeth

30. “A distance that was imposed upon me. They wanted me out.”  – Prince Edward

31. “In an increasingly complex world, we all need certainty.” – Queen Elizabeth

32. “And what a bunch of ice-veined monsters my family are. How cold and thin-lipped, how dumpy and plain. How joyless and loveless.” – Prince Edward

33. “Must you really smoke? You know how I hate it.” – Queen Elizabeth

37. “You think I can change my mind after all that? No. Too late. I’ve signed myself away.” – Prince Philip

38. “Or won the greatest prize on Earth.” – Queen Elizabeth

39. “No man knows who he truly is until either his life is threatened, or he’s given power.” – Margaret Thatcher

40. “That’s the thing about unhappiness, all it takes is for something worse to come along and you realize it was actually happiness after all.” – Queen Elizabeth

41. “One always has to accept one’s own part, I believe, in any mess.” – Queen Elizabeth

42. “We must all ask ourselves, when to exercise those things that are within our power and when not to.” – Queen Elizabeth

43. “But there is a limit to what one can do if people are themselves limited.” – Margaret Thatcher

44. “And reduces us all to cruel nicknames. Shirley Temple.” – Queen Elizabeth

46. “And precociousness. And stardom.”  – Prince Edward

47. “To do nothing is the hardest job of all, and it will take every ounce of energy that you have, to be impartial is not natural, not human.” – Queen Elizabeth

48. “You’d be wise not to mention that woman’s name for the next few days.” – Queen Mary

50. “Why does everybody think, just because we’re royal, we like fine dining? Don’t they realize we’re savages?” – Prince Philip

51. “I offer that in the spirit of maternal advice that you may emerge from this trip with any remaining respect or affection at all.” – Queen Mary

52. I know he’s Winston Churchill and all that but remember who you are. You’re the Queen of England.” – Prince Philip

53. “I learned very early on that it’s wise not to take things for granted.” – Prince Philip

54. “To do nothing is often the best course of action, but I know from personal experience how frustrating it can be.” – Queen Elizabeth

55. “Where there is heroism there will always be hope.” – Winston Churchill

56. “It is better to be patient and get what you desire in the right time than have high office thrust upon you when you are not ready.” – King George VI

57. “The way Cookie treated me looking down at me through her dumpy nose, it was as much as I could do not to let her have it with both barrels.” – Prince Edward

58. “In the first flush of a romantic love, we’re all blind, we see only what we want to see.” – Queen Elizabeth

59. “A person earns his title with his ability to lead and inspire, elusive virtues to which you must reach and rise.” – Lord Mountbatten

60. “People have to be angry at someone, but as a leader, one cannot simply react to everything.” – Winston Churchill

61. “One learns, when one has the benefit of experience, that sometimes time off is the most sensible course of action.” – Princess Margaret

62. “Too much knowledge can be a dangerous thing.” – Winston Churchill

63. “In any marriage, it’s important to find things that really bind you together, as a couple.” – Antony Armstrong

64. “Some things can only be perceived one way because they only have one meaning.” – Queen Elizabeth

65. “Who we are is not what we wear or what glitters. It’s the spirit that defines us.” – Prince Philip

67. “Yes, but he represents a royal family of carpetbaggers and parvenus, that goes back what? Ninety years? What would he know of Alfred the Great, the Rod of Equity and Mercy, Edward the Confessor, William the Conqueror, or Henry the Eighth? It’s the Church of England, dear, not the Church of Denmark or Greece. Next question.” – Queen Mary

69. “You understand, the titles, the dukedom. They are not the job.” – King Georg VI

70. “She is the job. She is the essence of your duty. Loving her. Protecting her.” – King George VI

74. “It is better to be patient and get what you desire in the right time than have high office thrust upon you when you are not ready.” – King George VI

75. “In the long reeds of difficulty and pain, that’s where you find the treasure.” – Prince Philip

76. “All you have to do is wait. It’s all right. I was a mechanic during the war.” – Queen Elizabeth

77. “The trouble is, I have the sort of face that if I’m not smiling, then everyone says, oh, isn’t she cross?” – Queen Elizabeth

78. “I think they’d have preferred a nice, pink-faced marquis with a grouse moor in the Scottish Borders.” – Prince Philip

79.  “Life in postwar England has been a long, painful, uninterrupted crisis” – Princess Margaret

80. “And Shirley Temple, who has the rank now to silence her common mother, sadly, has no mind of her own.” – Prince Edward

81. “I am an old man. Many have questioned my relevance, whether I still have something to offer. In public life, the answer is, I have.” – Winston Churchill

83. “I have defended you so many times. Each time to my cost and in vain. This love for her has destroyed everything.” – Winston Churchill

85. “Unfortunately, the Wales marriage is a rare example of something that is actually worse than the newspapers report.” – Princess Anne

86. “History was not made by those who did nothing.” – Queen Elizabeth

88.  “But the monarchy should shine.” – Princess Margaret

90. “Just remember who you’re standing in for when I’m gone.” – Queen Elizabeth

93. “For better or worse, the crown has landed on my head. and I say we go.” – Queen Elizabeth

95. “Where would Great Britain be without its greatest Briton? God bless you, Winston.” – Queen Elizabeth

96. “To everyone’s regret and frustration, the only person I have ever loved is you.” – Queen Elizabeth

97. “You were drinking champagne the day after my son’s funeral?” – Queen Mary

99. “Because, if memory serves, you had your own ballerinas for that.” – Queen Elizabeth

If you can’t get enough of these royally entertaining quotes, you’re in luck because The Crown’s fifth season is on it’s way! But until then make sure to watch the show on Netflix.

Which character do you think is the most quotable? Comment below!

For the scoop on more quotes, check out these articles: