The Perfection is a Netflix original movie directed by Richard Shepard, starring Allison Williams as Charlotte, a talented cellist trained at a prestigious music academy called Bachoff. She had to abandon her dreams to take care of her ill mother. Logan Browning stars as Elizabeth, a cellist also from Bachoff, who was in contrast, able to attain everything Charlotte wanted.

As Charlotte reconnects with her mentor, Anton, from Bachoff, she develops a dangerous perception of Elizabeth, Anton’s current protege. With twists and turns, The Perfection entertains its audience with a taste of bloody delicious revenge.

Here’s the scoop on the best quotes from The Perfection!

2. “I know it’s been forever, but my mother finally passed away and I’m not needed here anymore. So… I’d like to come and join you.” – Charlotte

3. “Listening to Lizzie play music so… pure, so perfect is as close to God as you can get.” – Anton

Charlotte travels to China, where Anton, Paloma, and Elizabeth were gathered to recruit young potential cellists to bring back to the states. There, Anton comments on Elizabeth’s, his other protege, ability to play the cello perfectly.

Anton acknowledges Charlotte in the room as well, noting Charlotte’s connection with music and playing the cello.

5. “It’s baijiu. Chinese vodka. Two shots will have you fluent in Mandarin.” – Paloma

6. “Your music, Lizzie, it’s something more than beautiful.” – Charlotte

7. “I mean, I’m sorry. Am I the luckiest man in the world? I don’t even drink and I feel giddy drunk. My two most perfect students together.” – Anton

Anton remarks, seeing Elizabeth and Charlotte converse with each other.

8. “I’m such a big fan. I know that sounds ridiculous, but I’ve downloaded all of your music and that New York Times magazine profile last month of you, those photos of you were amazing, and by the way–” – Charlotte

9. “I was nine when I first saw you perform. You were 14 and everything I wanted to be. My idol.” – Elizabeth

10. “Please don’t be nervous around me, Charlotte. I’m just so happy to finally meet you.” – Elizabeth

Elizabeth and Charlotte both appreciate each other’s presence.

11. “Wanna know a secret? The girl on the left is going to win. She’s brilliant. Leaves the other two in the dust.” – Elizabeth

13. “You want drama? Watch that other girl’s mother in the blue dress. And the guy in the gray slacks. He’s the father of the girl in the middle. There’s something going on between them.” – Elizabeth

During the young cellists’ performance, Elizabeth notes the parents of the cellists on the side, seeing one of them having an affair with another. Explaining this, Elizabeth flirts with Charlotte.

15. “We actually met once before. It was the day you were leaving Bachoff. Your mom had just had her stroke, and you had all your bags packed, and… I was just entering, and I was nervous and excited, and… I saw you. My hero.” – Elizabeth

16. “Do you ever think about leaving?” – Charlotte

Despite agreeing with Anton’s tendency to put the girls under extreme pressure when playing the cello, Elizabeth remarks that she would still never leave Bachoff, which Charlotte looks a little disappointed with.

Charlotte mumbles a bit bitterly, maybe reminiscing of her time at Bachoff.

Elizabeth continues to flirt with Charlotte, asking if she wants to go dancing together after everything is done.

24. “You have been and always will be the person who makes my heart skip a beat when you play.” – Elizabeth

When Elizabeth urges Charlotte to play the cello with her for the judges and cellists, Charlotte shies away until Elizabeth not only reassures her but shows her tender feelings toward Charlotte.

25. “Have you ever been with a woman before?” – Elizabeth

27. “My mom got sick, I went home. So everything else just got put on hold.” – Charlotte

After events of wild adrenaline of mutual attraction, Charlotte and Elizabeth converse in Elizabeth’s hotel room.

30. “I’m traveling out west tomorrow. Come with me.” – Elizabeth

31. “I’m doing it rough and tumble. Small buses, weird towns. As far away from first-class as I can get. Unplugged from everything and everyone.” – Elizabeth

Elizabeth and Charlotte decide to travel around China together to spend Elizabeth’s time off.

34. “I’ve never met anyone like you before. I mean, we’re so different.” – Elizabeth

Elizabeth and Charlotte share their mutual attraction for each other again.

36. “I am out of practice on the binge drinking. That Chinese vodka is brutal.” – Elizabeth

37. “The pharmacy is open for business.” – Charlotte

In the morning, Charlotte offers Elizabeth some ibuprofen with alcohol, smiling that they’re on vacation.

When Charlotte offers Elizabeth to take a rest back at the hotel. Elizabeth reassures Charlotte that she will be fine.

45. “I’m scared, Charlotte. This is not normal. What is happening?” – Elizabeth

Unfortunately, Elizabeth’s condition only worsens, as she squirms in the bus they are in, expressing her pain and needing water.

After quarreling with the driver to stop the bus after Elizabeth expresses her need to defecate, the driver ends up stopping the bus and yells at the two. Charlotte, angry, yells back at the driver.

49. “Are those bugs? Are those fucking bugs?” – Charlotte

When they are kicked out of the bus, Elizabeth continues to express her pain; she remarks that she sees bugs in her arm, and asks Charlotte for help. In the most unexpected sense, Charlotte pulls out a Chinese cleaver knife, which Elizabeth takes without any hesitation, to chop her hand off.

Zhang Li, the student who was chosen to attend Bachoff from China, is introduced to the school’s Chapel, where she is told that only the best cellists, like Elizabeth and Charlotte, play.

Elizabeth shows up at the steps of Bachoff one night, missing one of her hands.

55. “Once I woke up in the hospital, and… once the drugs were out of my system, and I could think clearly again… Charlotte was already out of the country.” – Elizabeth

Elizabeth realizes that what she took from Charlotte was not mere ibuprofens, but hallucinogens that made her see things that weren’t there, like the maggots in her puke, or the ants in her arm.

57. “Because… Because she’s a jealous fucking bitch!” – Elizabeth

59. “She tracked me down to China, befriended me, slept with me, poisoned me. All that because I had the life that she so desperately wanted.” – Elizabeth

Thinking about how Charlotte made her chop her own hand off, Elizabeth curses Charlotte.

After seeing no use in Elizabeth staying at Bachoff, Anton informs Elizabeth that they cannot keep her in the Academy, which Elizabeth is devastated to hear about.

62. “Lizzie, this is a music conservatory, not a convalescent home.” – Paloma

63. “I’m sorry. I didn’t mean it like that, but there are other girls that we need to house and train.” – Paloma

Paloma sides with Anton, implying that they have no time to solace a cellist that is of no use to them.

64. “You had a gift. A rare and… beautiful talent like no other. But sadly, that gift is gone. I’m so sorry, Elizabeth.” – Anton

That night, Elizabeth drives all the way to Minnesota and breaks into Charlotte’s house, and beats her up.

Elizabeth returns to Bachoff, telling Anton that she could most definitely now stay at Bachoff now that she has something Anton wants — Charlotte.

When Anton asks why Charlotte had done what she’s done, Charlotte expresses her confusion, that she was never jealous of what Elizabeth had.

68. “I saw her picture in a magazine. I saw the tattoo on her back. The same as mine. I knew how she got it. I knew what she had to do to get it. And I knew she was brainwashed just like I was until my mom got sick and I had to go home.” – Charlotte

69. “I sat in that room with my mother for a decade, slowly going crazy. I blamed myself for everything. I spent years in and out of mental hospitals until, finally, with some help, I saw the light.” – Charlotte

70. “So I reached out… and came back into your lives. To help save her.” – Charlotte

Charlotte reveals that there is more to Anton and Bachoff than meets the eye — something sinister and vile.

73. “In this room, it had better not. Never in this room. Because you know what happens next.” – Anton

74. “We don’t make mistakes here. Not when we represent the Academy.” – Anton

Charlotte thinks about the time when she made a mistake while playing her cello at the Chapel, as Anton warns her of the consequences.

It is revealed that after one receives a tattoo at Bachoff, they are given the chance to play in the Chapel. However, if one fails to play The Perfection, they are faced with the consequences of Anton and the two other instructors of the Academy sexually assaulting you.

Anton gaslights Charlotte by making her think that all the sexual abuse he had unapologetically done to Charlotte was from good intentions.

83. “To play that music, to achieve The Perfection… it was a gift.” – Elizabeth

Elizabeth sides with Anton with the sentiment, that what they have done was not an abuse, but a meaningful means for her to attain greatness.

85. “Play for us, Charlotte. We’re gathered to hear you play. Now do it. Play The Perfection.” – Anton

Unlike what Anton said of Zhang Li having to pay the price instead when Charlotte fails to play The Perfection, Zhang Li is brought back upstairs with Paloma as Anton laughs, that he was just toying with her.

88. “Usually I liked to use my fingers, but… That’s out of the question now, don’t you think?” – Elizabeth

Elizabeth remarks before she tries to assault Charlotte for her failure on playing The Perfection.

89. “I should fucking kill you. But you were right. What you said… on the side of the road.” – Elizabeth

90. “I had to save you. I had to get you out of his grasp. As deep as I once was, and I knew you weren’t gonna leave without a fight.” – Charlotte

The movie reveals that Elizabeth and Charlotte were actually together in trying to bring Bachoff down to rubbles, as Elizabeth sobs in Charlotte’s house, understanding Charlotte’s intention.

93. “They tortured us and pretended it was an education.” – Charlotte

94. “Pretended it was some kind of higher calling, but it was just rape, Lizzie. They raped me, and they raped you.” – Charlotte

95. “And the next time you need Anton the most, he will not be there for you. I promise you that, but I will be. I will be there. I promise.” – Charlotte

96. “I keep seeing him. All of them, abusing me. For years, years, over and over. Like I never saw it before. Like I was blind. It took this happening for me to fucking see it.” – Elizabeth

Elizabeth realized that the treatment she had to endure over the years was abuse, and never anything more, and further understood that the young cellists of Bachoff had all gone through Anton’s absolutely sinister way of, so-called “education.”

Charlotte wholeheartedly gets on board with Elizabeth’s plan to bring Bachoff down.

99. “Now, we’re going to fucking chop your balls off and sell them as trinkets.” – Elizabeth

Hope you enjoyed these quotes from The Perfection on Netflix!

For the scoop on other articles on Netflix, check out: 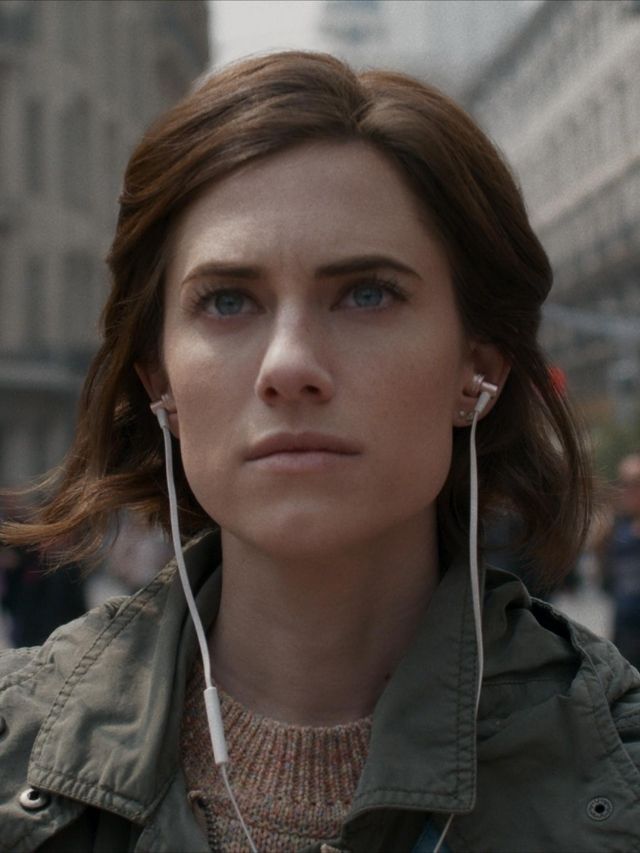