The Japanese animated fantasy film, Spirited Away, was created by the animator Hayao Miyazaki. Hayao not only brought his whimsical imagination to life but also took part as the director in the Oscar-winning film. The Spirited Away quotes are a masterpiece in itself with hidden meanings.

He has created many well-known films under Studio Ghibli including Princess Mononoke, Howl’s Moving Castle, and Castle in the Sky. However, Spirited Away (2001) was his first work of animation that gained worldwide recognition with a worldwide box office gross of $346 million. You can’t deny that Hayao Miyazaki has made Japanese history as one of the best animators. 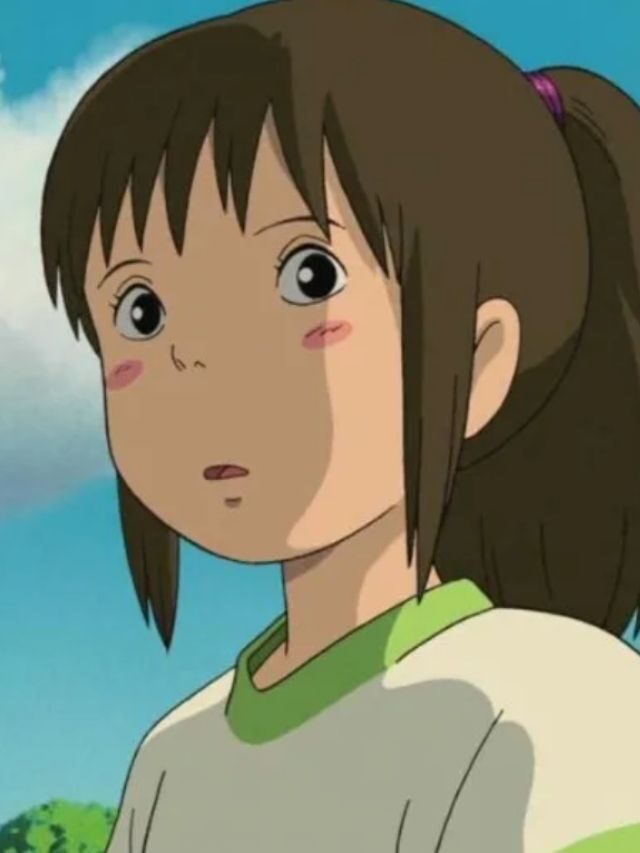 10 Best Quotes From “Spirited Away”
View all stories

The movie showcases lovable characters and meaningful quotes by actors in both the English dub and the original Japanese version.

Summary of Spirited Away

A 10-year-old girl finds herself in the spirit world when her family decides to move to the countryside to a new neighborhood. Along the way, Chihiro’s parents stop to explore an abandoned amusement park. Chihiro doesn’t see anything wrong with the amusement park until she meets a boy named Haku.

The next thing she knows, her parents turn into pigs. Chihiro goes into the spirit realm to work at a chance of saving her parents before it’s too late.

Here is the scoop on some of the best Spirited Away quotes:

1. “You humans always make a mess of things, like your parents who gobbled up the food of the spirits like pigs. They got what they deserved.” -Witch Yubaba

2. “You mean that little black slug? I think I killed it when I stepped on it…” -Chihiro

Chihiro’s ignorance of what the slug represents has to be one of the funniest Spirited Away quotes. She is not informed of the slug’s purpose until Zeniba mentions it.

3. “HA HA HA! My sister put that there so she could control Haku… and you killed it? HA HA HA! But it’s strange…only love can remove the seal.” -Zeniba

When Zeniba comes to the realization that Haku and Chihiro may be more than friends. Zeniba is the complete opposite of Yubaba and takes a liking to Chihiro.

4. “You have to hold your breath while you can cross the bridge. Even the tiniest breath will break the spell, and then everyone will see you.” -Haku

5. “Welcome the rich man, he’s hard for you to miss. His butt keeps getting bigger, so there’s plenty there to kiss!” -Aniyaku

We have to say that this Spirited Away quote got us laughing to help us get through the sad moments of the movie.

6. “Quit whining. It’s fun to move to a new place, it’s an adventure.” -Spirited Away

Chihiro’s parents aren’t pleased by her behavior and lack of open-mindedness. However, as viewers, we can somehow relate to Chihiro’s sudden life changes, especially when we’re young.

7. “The protective seal on my gold charm is gone!” -Zeniba

8. “There must be a mistake. None of these pigs are my parents.” -Chihiro

The wold Chihiro finds herself becoming a part of is a resort for spirits. Every spirit in this spiritual realm possesses different motives.

11. “What are all those stones? They look like little houses.” -Chihiro

14. “No-Face, if you even put one scratch on that girl, you’re in big trouble.” -Lin (Servant of Bath House)

Lin is not afraid to express her protectiveness towards Chihiro with this Spirited Away quote.

15. “Haku! I’ve just remembered something. I think it might help you…when I was little, I dropped my shoe into the river. When I tried to get it back, I fell in. I thought I would drown, but the river carried me to shore. The river’s name was the Kohaku River. I think that was you! And your real name is Kohaku River!” -Chihiro

A favorite quote that triggers Haku’s memories of being the spirit of the Kohaku River. He was able to remember who he was through Chihiro.

Zeniba describes how different her sister is even though they are identical twins. This isn’t the first time that Hayao Miyazaki includes witch characters in his movies.

18. “Aren’t you even going to knock? You’re the most pathetic little girl I’ve ever seen.” -Door Knocker

19. “I finally get a bouquet and it’s a goodbye present. That’s depressing.” -Chihiro

Chihiro’s character elements can only be seen as a genius with her ability to be comedic and sad, especially at the beginning of the film.

20. “Just little pieces. Chihiro kept calling my name in the darkness. I followed her voice and woke up lying here.” -Haku

Yubaba is known for name stealing and Chihiro is not an exception with this Spirited Away quote.

24. “Tear up Sen’s contract. And then, I want you to return Sen and her mother and father back to the human world.” -Haku

Haku plays the savior role in wanting to return Chihiro (Sen) and her parents back to the human world by making a deal with the witch, Yubaba.

27. “I’d like to help you, but there’s nothing I can do. It’s one of our rules here. You’ve got to take care of your parents and that dragon boyfriend of yours, on your own.” -Zeniba

30. “For some reason, I can remember Haku…from a long time ago…but I thought I never met him before!” -Chihiro

She recalls during her early years when she almost drowns in the river only to find herself safe onshore. Chihiro doesn’t know that Haku saved her as the river spirit until she begins to connect the dots.

31. “Try to remember as much as you can about your old life.” -Zeniba

32. “You still haven’t noticed that something precious to you has been replaced.” -Haku

At first, Lin seems to dislike Chihiro and gives her a hard time when it comes to giving her a job at Yubaba’s bathhouse. But her hatred doesn’t seem to last very long and she soon becomes Chihiro’s best friend and ally. This has to be one of the best quotes that show her hard-hitting personality.

34. “Open your mouth and eat this. If you don’t eat food from this world, you’ll disappear.” -Haku

This is the scene where she spots her parents as pigs in a feeding frenzy and wishes to save them but hasn’t found a way yet.

36. “I’ve known you since you were very small. Good luck, and whatever you do, don’t make a sound.” -Haku

When Chihiro offers to work, so she doesn’t seem as useless as what the resort staff says. But he turns her down and instead receives a magical scene of the soot creatures.

41. “If you completely forget [Your Name] You’ll never find your way home.” -Haku

Spirited Away movie quotes are bound to make us grab the tissues and this one takes the number one spot. Haku forgets who he is and finds himself trapped in the spiritual realm unable to move on. Chihiro is destined to be the one who helps him remember.

43. “Yeah, I remember being in the darkness… Then I could hear Sen’s voice calling out my name.” -Haku

Haku mentions the previous history he’s had with Sen and recalls her voice being the key part that he remembers in this Spirited Away quote.

44. “I’m sorry my sister turned your parents into pigs, but there’s nothing I can do. It’s just the way things are. You’ll have to help your parents and Haku by yourself. Use what you remember about them.” -Zeniba

Zeniba basically says that ‘you are the only one to take care of your parents and no one else has the ability to.’ Even though she is the granny that Chihiro never had, her powers are limited.

46. “Let me just suck on the tail please!” Chichiyaku

53. “That’s how Yubaba controls you… by stealing your name.” -Haku

54. “Three days of eating our food, and her smell will go away.” -Haku

55. “I think he needs help! It feels like there’s a thorn in his side!” -Chihiro

Lin wants to take the train that is on tracks submerged in shallow water to get out of the spirit world.

57. “Use it to tie your hair. It’ll protect you. It is made from the threads your friends wove together.” -Zeniba

60. “There. Your body matches your brain.” -Zeniba

65. “I was saving this for my parents, but I think you’d better have it.” -Chihiro

71. “Oh my baby, Are you alright? Are you emotionally traumatized?” -Yubaba

77. “Those are shrines. Some people believe spirits live in them.” -Chihiro’s Mother

One of the last lines portrays the growth of Chihiro and Lin’s friendship.

When her parents find a restaurant at the abandoned amusement park and somehow look past the lack of workers. Chihiro runs to her parents after hearing the warning from Haku. Taking good care of her parents gets pushed under the rug when they decide to ignore her.

88. “Oh, that’s a wonderful place to start. Once you’ve met someone, you never really forget them. It just takes a while for your memories to return.” -Zeniba

Zeniba tells the young girl about her experience with memories. This beautiful line and great metaphor is bittersweet and remind us that Hayao Miyazaki’s films are bound to have a bit of sadness in them.

89. “Once you do something, you never forget. Even if you can’t remember.” -Zeniba

96. “They filled in that river, it’s all apartments now.” -Chihiro

98. “I would like to leave, sir; there’s some place I need to go to right away, please. You should go back to where you came from. Yubaba doesn’t want you in the bath house any longer. Where is your home? Don’t you have any friends or family?” -Chihiro

Chihiro is off to a good start when she tries to understand what No-face has gone through. No-Face ends up flustered by her genuine attitude.

Hope you enjoyed these memorable quotes from Spirited Away. I think we all wish we could become part of the world Chihiro finds herself in if only for a day. Which Spirited Away quotes are your favorite?

Be sure to watch Spirited Away on HBOMax!

There is news that new releases from Studio Ghibli and Hayao Miyazaki are on the horizon. Keep a lookout for Hayao Miyazaki’s next masterpiece, One Final.

For more fun and magical posts, visit these articles: