The animated adventure that is enjoyed all over the world, Tangled is a Disney classic with magic and humor. After staying in a tower for 18 years, Rapunzel finds a way to achieve her dreams of seeing the world through the runaway thief, Flynn Rider. However, Mother Gothel tries every possible way to keep her from going out the tower’s walls. 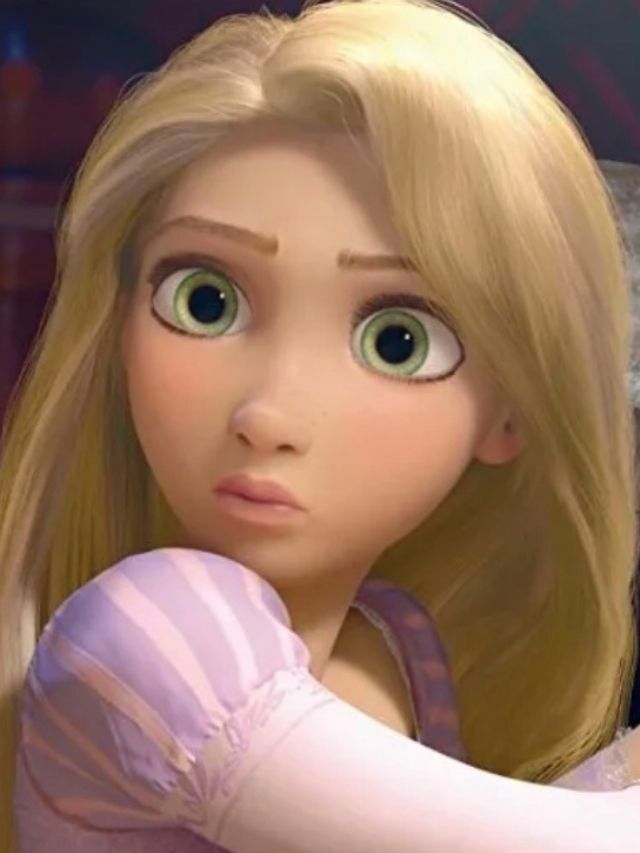 Tangled, much like the other Disney princess movies, unravels romance, villains, and a beautiful story that can only be a dream come true. Besides the 2010 film itself, the Tangled soundtrack earns its place with catchy, sing-along music. We also can’t forget the hilarious quotes from the movie!

Here is the scoop on our favorite Tangled quotes for every prince and princess!

1. “I have magic hair that glows when I sing.” -Rapunzel

2. “Let’s just assume everyone is here doesn’t like me.” -Flynn Rider

5. “Did I ever tell you I’ve got a thing for brunettes?” -Flynn Rider

6. “I’m just interested in your hair and the magical qualities that it possesses.” -Flynn Rider

10. “You are not leaving this tower EVER!” -Mother Gothel

14. “I don’t know why, but overall, it just smells like the color brown.” -Flynn Rider

15. “No! I won’t stop. For every minute of the rest of my life, I will fight. I will never stop trying to get away from you!” -Rapunzel

17. “That’s the funny thing about birthdays, they’re kind of an annual thing.” -Rapunzel

20. “Oh, it was easy, really, I just listened to the sound of complete and utter betrayal and followed that.” -Mother Gothel

23. “Alright, listen I didn’t want to have to do this, but you leave me no choice. Here comes the smolder.” -Flynn Rider

34. “Call us brutal, sick sadistic, and grotesquely optimistic, but way down deep inside I’ve got a dream.” -Thugs

41. “The world is dark, and selfish, and cruel. If it finds even the slightest ray of sunshine, it destroys it!” -Mother Gothel

44. “Look at these fireworks. They are as if they are for me.” -Rapunzel

47. “Flower gleam and glow, let your power shine, make the clock reverse, bring back what once was mine…” -Rapunzel

48. “The party lasted an entire week, and honestly, I don’t remember most of it.” -Flynn Rider

50. “That’s right! But don’t thank me. Let’s just turn around and get you home. Here’s your pan, here’s your frog. I get back my satchel, you get back a mother-daughter relationship based on mutual trust and Voila! We part ways as unlikely friends.” -Flynn Rider

51.”I’ve been looking out of a window for eighteen years, dreaming about what I might feel like when those lights rise in the sky. What if it’s not everything I dreamed it would be?” -Rapunzel

61. “You should know that this is the strangest thing I’ve ever done!” -Flynn Rider

63. “Her hair actually glows. Why does her hair glow?!” -Flynn Rider

64. “So! You’re being strangely cryptic as you wrap your magic hair around my injured hand.” -Flynn Rider

65. “How do you manage to do that every single day, without fail? It looks absolutely exhausting darling.” -Mother Gothel

70. “Have some humanity. Haven’t any of you ever had a dream?” -Rapunzel

76. “This is just part of growing up, a little adventure, a little rebellion.” -Flynn Rider

78. “And we’re living happily ever after!” -Rapunzel

79. “You can tear this tower apart brick by brick, but without my help, you will never find your precious satchel.” -Rapunzel

80. “You smell that? Take a deep breath through your nose.” -Flynn Rider

82. “And when I promise something, I never ever break that promise.” -Rapunzel

84. “Too weak to handle myself out there, huh, Mother?” -Rapunzel

85. “No no no, can’t be. I distinctly remember, your birthday was last year.” -Mother Gothel

87. “Goldie, look at this! Look at all the blood in his mustache! Good sir, that’s a lot of blood!” -Flynn Rider

88. “You know, I can’t help but notice you seem a little at war with yourself here.” -Flynn Rider

89. “I know. Your way overthinking this, trust me. Does your mother deserve it? No. Would this break her heart and crush her soul? Of course. But you’ve got to do it.” -Flynn Rider

92. “Alright, you get the jitz. She sings to it, she turns young. Creepy right?” -Flynn Rider

94. “Uh, forever, I guess. Mother says when I was a baby, people tried to cut it. They wanted to take it for themselves. But once it’s cut, it turns brown and loses its power.” -Rapunzel

96. “That criminal is to be hanged for his crimes.” -Mother Gothel

Tangled is truly fit to be a fairytale based on the well-known story of Rapunzel. The best parts are the stunning characters and relatable quotes that we remember way after the movie ends.

Which Tangled quotes stick with you?

For more magical and funny quotes, visit these: