Thanksgiving is a time for family members, friends, good food, and, of course, fun! Here are the 100 best Thanksgiving jokes for kids that will have the whole family laughing. From turkey puns to knock-knock jokes, these funny Thanksgiving jokes are perfect for everyone.

Here is the scoop on the best Thanksgiving jokes for kids!

1. What did the turkey say before it was roasted? Fowl play!

2. Why did the pilgrims’ pants keep falling down? Because their belt buckles were on the side of the turkey!

3. What do you call a fast food restaurant on Thanksgiving? A turkey take-out!

4. What’s the most musical part of a turkey? The drumstick!

5. Why did the turkey cross the road? It was the chicken’s day off!

6. What do you call a running turkey? A turkey trot!

7. Why is Thanksgiving day such a bad day for a diet? Because you can’t have just one slice of pumpkin pie!

8. What did the turkey’s phone say when he tried to call his family for Thanksgiving? “No signal!”

9. Why did the turkey refuse dessert? Because he was stuffed!

10. What is a turkey’s favorite dessert? An apple gobbler!

11. What is the best kind of turkey dressing? A coat of gravy.

12. What sound does a turkey’s phone make? Wing wing wing!

13. When is the best time to eat turkey? When someone else cooked it and it’s on the dinner table!

14. What kind of weather does a turkey like? Fowl weather.

15. What kind of noise does a limping turkey make? Wobble wobble.

16. What’s the key to a great thanksgiving dinner? A tur-key!

17. What did the mother turkey say to her disobedient children? If your father was alive today to see you now, he’d turn over in his gravy!

18. What always comes at the end of Thanksgiving? The G!

19. I was going to serve sweet potatoes for Thanksgiving, but I sat on them. What should I serve now? Squash

20. What’s the best song to play while cooking a turkey? All about that baste.

22. Why did the turkey play the drums in his band? Because he already had drum sticks!

23. If fruit comes from a fruit tree, where does turkey come from? A poul-tree.

24. What do you get if you divide the circumference of a pumpkin by its diameter? Pumpkin pi.

26. My family told me to stop telling Thanksgiving jokes, but I said I couldn’t quit cold turkey.

27. What kind of face does a pilgrim make when he’s in pain? Pil-grimace.

28. Why didn’t the cook season the Thanksgiving turkey? There was no thyme!

Well, Norma Lee I don’t drink or eat this much!

30. What kind of ship does a turkey take to school? Scholar ships!

31. What type of glass does a turkey drink from? A goblet.

32. Why can’t you take a turkey near little kids? He has such fowl language!

33. How can you make a turkey float? You need 2 scoops of ice cream, some root beer, and a turkey.

34. Why was the Thanksgiving soup so expensive? It had 24 carrots.

35. What happens if there is no turkey at the Thanksgiving table? No need to worry, we’ve already invited Uncle Bob.

37. What did the turkey say to the turkey hunter on Thanksgiving Day? Quack, Quack!

38. What is a pumpkin’s favorite sport? Squash!

39. What did baby corn ask mama corn? Where is pop-corn?

40. How did the salt and pepper welcome all the guests? By saying, seasoning’s greetings!

41. Why did the police arrest the turkey? They suspected fowl play!

42. Where did the first corn come from? The stalk brought it!

43. Why is it so easy for mashed potatoes to travel? They take the gravy train.

44. What’s the best dance to do on Thanksgiving? The turkey trot

45. Why were the turkeys parading down the street? They were marching to the beat of their own drumsticks.

46. Why did everyone like the cranberry sauce so much? Because it was so sweet.

47. Why do pilgrims pants keep falling down? Because their belt buckles are on their hats!

48. What do you get when you cross a turkey with an octopus? Enough drumsticks for Thanksgiving.

50. Can a turkey jump higher than the Empire State Building? Yes – a building can’t jump at all.

51. What types of birds have keys? Turkeys!

52. What do turkeys like to do on sunny days? Have peck-nics!

53. Why do turkeys gobble? Because they can’t talk!

54. What does Dracula call Thanksgiving? Fangs-giving.

55. Why were the turkeys parading down the street? They were marching to the beat of their own drumsticks.

56. How do you keep a turkey in suspense? I’m not sure but I’ll let you know next week!

57. What dessert will a turkey bring to Thanksgiving dinner? A peach gobbler!

58. What kind of weather does a turkey like?” “Fowl weather.”

59. How did you know a turkey likes his dinner? He gobbles it up!

60. What sound does a turkey make in space? Hubble hubble.

61. How are a turkey, a donkey, and a monkey alike? They all have keys.

62. Why wouldn’t anyone ask the cranberry to the prom? It was past her sell-by date.

63. If you call a big turkey a gobbler, what do you call a small one? A goblet.

64. What do you call a running turkey? Fast food.

65. Which side of the turkey has the most feathers? The outside.

66. What did the turkey say before it was roasted? Boy! I’m stuffed!

67. How did the Mayflower show that it liked America? It hugged the shore.

68. What happened when the turkey got into a fight? He got the stuffing knocked out of him!

69. What kind of music did the pilgrims like? Plymouth Rock!

70. Why did the Pilgrims want to sail to America in the spring? Because April showers bring MayFlowers.

71. What did the turkey say to the computer? Google, google.

72. What do you wear to Thanksgiving dinner? A har-vest.

73. Why is the turkey the featured entree of a Thanksgiving dinner? When the Pilgrims were asking around for good meat to cook for dinner, they saw the turkey’s tail feathers and thought he was raising his hand.

74. What do you get if you cross a turkey with a ghost? A poultry-geist!

76. What’s the best thing to put in a pumpkin pie? Your teeth!

77. If they took Thanksgiving Day off the calendar, what would you have? One week with only six days in it.

78. What did the leftover turkey say? Make me a sandwich!

81. How can you make a turkey disappear fast? Invite all of my relatives over for Thanksgiving dinner.

82. What vegetables would you like with your Thanksgiving dinner? Beets me!

83. Why does gravy look so good next to buttered corn? Their colors corntrast.

84. Why did Johnny come to school late on the day after Thanksgiving? Because it was Black Friday, and he gave himself 50% off the school day.

87. Who gets full quicker during Thanksgiving dinner? The turkey because it comes to the table already stuffed.

89. How did the gravy get away from the holiday feast? It waved down a taxi cob.

90. What role do green beans play in Thanksgiving dinner? The casse-role.

91. This stuffing is the tur-key to my heart.

93. Why did the cranberries turn red? Because they saw the turkey dressing.

94. What kind of tan did pilgrims get at the beach? Puri-tan.

95. Why do turkeys always go gobble gobble? Because they never had good table manners.

96. Why did the policeman stop you on your way home last Thanksgiving? Because you far exceeded your feed limit.

97. What’s blue and covered in feathers? A turkey holding its breath.

99. My grandma made mashed potatoes from a box. That’s it. That’s the joke.

100. Do turkeys ever make wishes? Yes, they wish that people would find another entree for their Thanksgiving celebrations.

That is the scoop on our list of the best Thanksgiving jokes for kids!

Whether you have college students coming home for Thanksgiving or lots of little kids in your family, they are sure to love these funny jokes and funny turkey jokes.

Dad jokes are always a great way to break the ice if it is someone’s first Thanksgiving at your home. You can enjoy Thanksgiving cocktails while you listen to your favorite Thanksgiving jokes, and then even post them to social media in Instagram captions.

No matter the holiday, Thanksgiving or Christmas jokes are always a fun addition to any gathering. 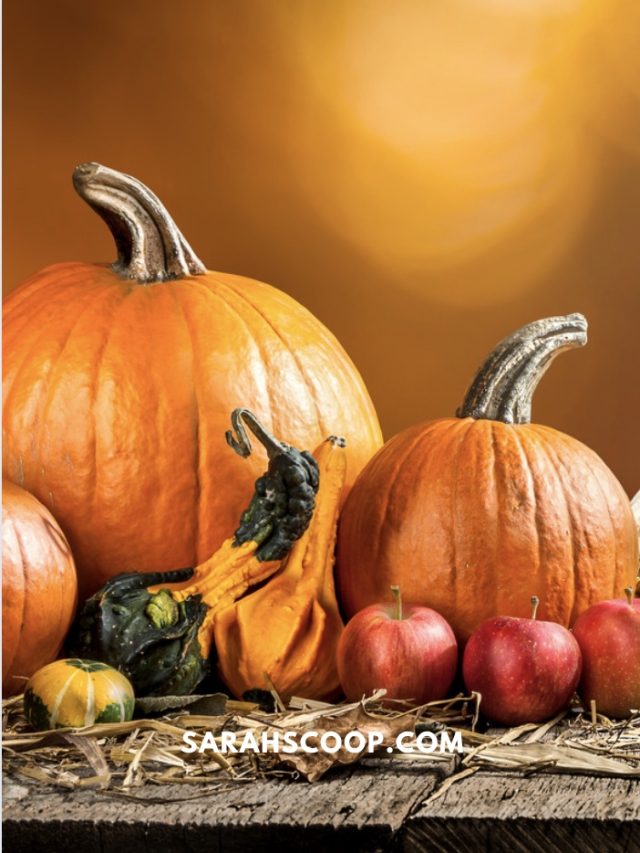 For more great scoop, check out these articles: