The American television series, Yellowstone deals with conflicts in the countryside. Yellowstone focuses on the Dutton family as they try to keep ahold of their ranch. Moreover, it is up to the Dutton’s to prevent attacks by land developers and Indians on their cherished ranch. 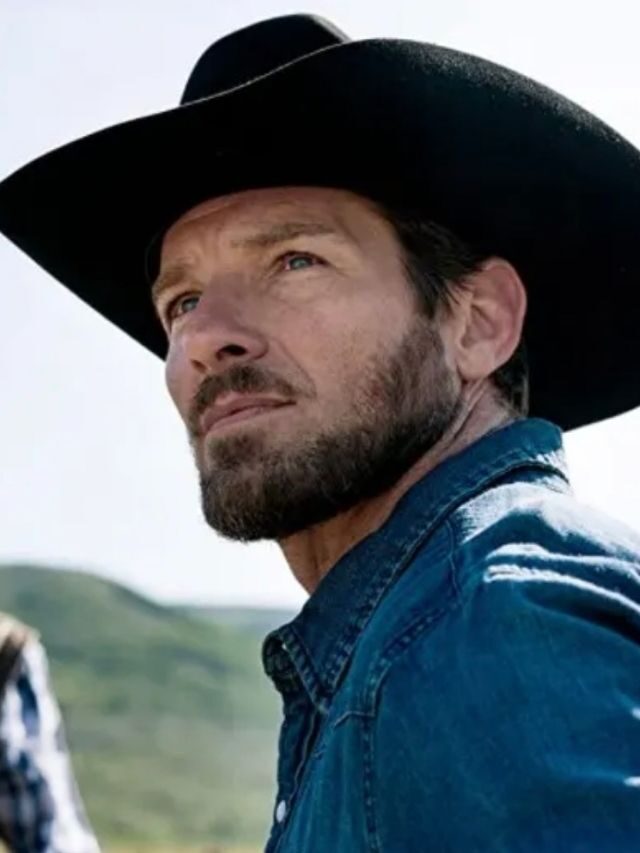 There might not be nearly as many locations’ changes throughout the series, but the hilarious and wisdom-filled quotes make the show worthy of an Emmy award. Here is the scoop on the beloved Yellowstone quotes!

1. “Learn to be meaner than evil and still love your family and enjoy a sunrise.” — John

3. “There’s sharks and minnows in this world, Jimmy, and if you don’t know which one you are, then you ain’t a shark.” — Rip

5. “Serve your father’s family or serve your own. Like it or not, that choice is coming.” ― Christina

6. “My tomorrows are, well, they’re all words. There’s no word I’d rather call you if that’s what you want.” — Rip

7. “I believe in lovin’ with your whole soul and destroying anything that wants to kill what you love. That’s it. That’s all there is.” — Beth

8. “The whole world’s a test, son. Don’t let them ever trick you into thinking differently.” — John

9. “Well, that’s what it means. It means that you have me, that I’m yours. It means come live your life with me. The only thing I ask is that you outlive me, so I never live another day without you.” — Beth

10. “If men were responsible for giving birth, the human race wouldn’t have lasted two generations.” — Evelyn

13. “The only reason you’re not choking on irony is the size of your mouth.” — Beth

16. “When all this is over, I’m gonna hang your diploma above my toilet in my guest house. You have my word.” – Beth

17. “Where’s the fun in wrecking a single man? When I break you, I want to know I’m breaking generations.” – Beth

19. “Thank God. Coffee. A pour-over? God bless you. The best measure of progress in a town is decent coffee.” – Christina

23. “We’re with the Yellowstone. Nobody’s gonna mess with us.” — Jimmy

27. “Your grandfather used to say you can’t fix a broken wagon wheel, but you can use the parts to make a new one.” — John

28. “Look, it’s a horrible thing to say, but the best thing for this world is if he goes to sleep tonight and doesn’t wake up in the morning.” – Sheriff Haskell

30. “I am the rock therapists break themselves against.” – Beth

31. “We need to find a less subtle means of expressing our displeasure.” – Malcolm Beck

35. “Someday your son’s gonna test you. He’s gonna force you to make a decision that not only determines his future but your place in it.” – John

37. “Lawyers are the swords of this century. Words are weapons now. I need you to learn how to use them.” – John

40. “Cancer doesn’t have much foresight, so it kills its hosts, which kills it. Cancer is suicide from the inside out. That’s what you are, Beth.” – Rip

41. “In your imagination, you barely know him! You miss what you thought you were, that’s all. You’ll miss that whether you’re alive or not.” – Garrett Randall

43. “I am never early, and I am never late. I am the constant your time adjusts to.” – Caroline Warner

44. “I think she can make Montana the fastest-growing state in the nation. Behind every milestone of human history stands a monster, and that’s our monster.” – Caroline

47. “When the misery is bad enough, tomorrow is rarely factored into decisions.” — Monica

48. “Every so often, you say something that makes me think you’re smart. And then I look at you and that thought fades.” — Beth

50. “No one will mourn your loss, son, because this isn’t losing your life; this is quitting it.” — John

51. “You ever have a girl look at you and your whole world just stops?” — Jimmy

54. “That rifle has the power to take a life. Whatever you point it at. You know that right?” ― John Dutton

55. “You know, the thing about suicide, you don’t just kill yourself, you kill every memory of you.” ― John

57. “I gotta tell you something, and it comes from a place of love. You should really consider killing yourself.” ― Beth

58. “I see things in people, and I feel like if I can touch it, even if the rest of the person is rotten, I can take that good thing and make it part of me.” ― Beth

60. “I have been down this road many, many times before, buddy. And no one who tried it is alive to tell you how poorly that worked out for them.” – Beth Dutton

61. “My mother was the spine of this family. She was the center. And without her, he’s, well, the best of him died with her.” – Beth

62. “Boy, get over here. The only painless way to learn this lesson is to watch it.” – Rip Wheeler

63. “It’s the one constant in life. You build something worth having, someone’s gonna try to take it.“ — John

64. “You realize you ain’t dead, and you’re not gonna die, and you gotta face all the decisions you made.“ — John

65. “I’d rather kill a thousand men than shoot another horse.” – Rip Wheeler

68. “He is, he is a disappointment and my greatest failure, but I, I raised him, and I love him, as much as I’ve tried not to. So, just answer the question. Do I still have him?” -John

69. “I’m saying no more collateral damage, you hear me? We don’t kill sheep; we kill wolves. What you did was cruel, honey.” -John

72. “What in the fuck was that about? What kind of childhood bullshit are you workin’ out at the dinner table?” -Rip

75. “You are going to run for office just so your son doesn’t get it?” -Lynelle

77. “If Walker’s such a problem, what’s he still doin’ here? You’ve enforced the rules of this ranch for 30 years, Lloyd. For you to be the one to break ’em what do you think that says to everybody else? It’s your last chance, but if you blow it, Lloyd. You understand?” -John

78. “Everything, you miserable mother fucker.” -Beth

79. “I wonder if you can take a guess on what would entice me to take a job doing exactly what my family has been fighting against for a century.” -Beth

83. “I could have done without the anatomy lesson, but that’s OK. I’ll work that shit out in therapy.” -Beth

84. “Stubbornness is not a business strategy, Beth. It’s how you lose the ranch altogether. You’re smart enough to know that.” -Caroline

85. “You couldn’t fill a thimble with my faith in humanity, but that bastard? He, well he tricked me.” -Beth

86. “It’s time for you to create your own, shadow, son, and stop standin’ in someone else’s.” -Garrett

87. “Look, it’s a horrible thing to say, but the best thing for this world is if he goes to sleep tonight and doesn’t wake up in the morning.” -Sheriff Haskell

88. “What happened to yours, you insensitive little fuck.” -Beth

93. “Hell, nobody can afford the Yellowstone. The Yellowstone ain’t a ranch, it’s an empire. Empires you take.” -Garrett

94. “Because no one lives within a hundred miles. It’s a county with no people, no sheriff, and no 12 jurors of your peers.” -Lloyd

95. “People talk about makin’ a difference, but they don’t because they don’t try. They don’t risk. You risked — everything. Today, you made a difference.” -Rainwater

98. “Beth, I can’t go to no courthouse. There’s no record that I even exist on this planet.” -Rip

100. “I don’t know if I can be in a relationship with someone who shows such poor judgment.” -Jimmy

Did you know that Yellowstone was filmed in more than 20 places in Utah? We hope you love these Yellowstone quotes by these awesome characters!

Which Yellowstone quotes are your favorite?

For more inspiring quotes, visit these: