Our Father shocked viewers by documenting the true story of the fertility doctor, Donald Cline. The chilling documentary follows the victims of Dr. Cline’s scheme and their attempts to carry out justice. The half-siblings and their parents share their stories and reflect on the damage Dr. Cline did to their families.

Here is the scoop on the best quotes from Our Father!

3. “I’m this blonde-haired, blue-eyed person in a family with dark hair and olive skin and dark eyes.” – Jacoba Ballard

4. “I love that child more than life itself.” – Debbie Pierce

5. “I always had this longing for siblings.” – Jacoba Ballard

6. “All I knew was my mom went to Dr. Donald Cline, and he was the go-to doctor.” – Jacoba Ballard

7. “He was very straightforward, matter-of-fact, no empathy.” – Jacoba Ballard

8. “I just wanted someone that related to me, that’s, you know, my brother or sister, and I just wanted to have that bond.” – Jacoba Ballard

9. “I just went on with life, and, you know, married, raised my children, and hoped that someday maybe I would find a sibling or two.” – Jacoba Ballard

10. “But I remember asking him, telling him I wanted to find half-siblings, and he said that I can’t ever know that information.” – Jacoba Ballard

14. “Once you do that donor insemination and they get pregnant, that’s their baby. Forever.” – Dr. Robert Colver

16. “It was always very emotional when one of your girlfriends would call you and say she was pregnant because there were several times that I’d get off the phone, and I’d just cry because I wanted a child so bad.” – Dianna Kiesler

17. I was told, ‘The only person who’s doing live sperm donor insemination is Dr. Don Cline. He’s the best of the best, so go to him.’” – Liz White

19. “I was thinking actually positive thoughts, ‘Wow. I might be able to have a child.’” – Liz White

20. “When the doctor’s office called me and told me I was pregnant, I couldn’t believe it.” – Dianna Kiesler

24. “Obviously, you used someone’s sperm more than three times. And that’s when we started to do our own investigating.” – Jacoba Ballard

25. “Finding out that I had siblings was amazing, but there’s, you know, eight of us.” – Jacoba Ballard

26. “Every weekend, we would call each other, or we would plug names into Ancestry and work on a family tree.” – Jacoba Ballard

27. “Right then, my stomach dropped, and I felt sick because she just confirmed what I think we probably already knew, but we were hoping wasn’t true.” – Jacoba Ballard

29. “Dr. Donald Cline could be our biological father.” – Jacoba Ballard

31. “He lied about a donor being used. Why did he do it? How long did he do it? And how many siblings do we have?” – Jacoba Ballard

33. “There were so many emotions. So many questions.” – Jacoba Ballard

34. “I wanted answers. So I reached out to every news outlet, big and small, and nobody would pick up the story.” – Jacoba Ballard

35. “Why is no one listening, or at least finding the truth?” – Angela Ganote

36. “I had seen the news pop on one night, and I saw Jacoba on TV, and my husband thought that we looked a lot alike.” – Julie Harmon

37. “Go back to everything that you’ve known about yourself. It just completely washes away your identity. And you really have no idea who you are anymore.” – Julie Harmon

39. “He was not showing emotion. And on his hip, I could see the outline of a gun.” – Jacoba Ballard

40. “It was almost like he was ranking us. Like, ‘Let me see which one of my offspring made it to the top.’” – Jacoba Ballard

41. “You’re not gonna use my God to justify your actions.” – Jacoba Ballard

42. “I just felt bad for my mother. I mean here she was, you know, a young woman just wanting to have a family like anyone else.” – Matt White

43. “It’s a sick individual that puts himself in that position to be able to do that.” – Matt White

44. “There are parts of me that wish that I never had to deal with infertility. I wish that walk on no one.” – Liz White

49. “I had just papers everywhere to prove that I wasn’t some crazy maniac.” – Jacoba Ballard

52. “There was never any reason that I would have questioned anything.” – Heather Woock

54. “It’s hard because we know what we went through. And we’re making someone else go through this exact same thing” – Julie Harmon

55. “When you have new siblings pop up, you are on the phone with them for hours because it’s the worst day of their life. You’ve lived that over and over and over.” – Jacoba Ballard

56. “They thought all along that I was my dad’s.” – Lisa Shepherd-Stidham

57. “When we get a new sibling alert, you’re praying, ‘Please don’t let it be someone I know.’” – Lisa Shepherd-Stidham

58. “Everyone you interact with appears to have some sort of connection to Cline.” – Matt White

60. “Who knows how many siblings we have?” – Jacoba Ballard

61. “I let him know that we have that burden, to tell the truth, and the truth matters.” – Angela Ganote

62. “I’m not scared of you. You can threaten me, but I will never back down.” – Jacoba Ballard

63. “I feel like he’s hiding something more sinister.” – Jason Hyatt

67. “It’s disgusting to sit there and lay in bed at night, and wonder if the person that created you is some racist bigot, and he used my mom as a pawn.” – Jacoba Ballard

68. “There is no crime that touches this particular act. That’s our problem.” – Tim Delaney

69. “I want an investigation. I want him punished.” – Jacoba Ballard

72. “He actually walked right past me and brushed up against me, and it almost brought me to my knees.” – Julie Harmon

73. “I didn’t ask to be born into this situation, but this is my life.” – Jacoba Ballard

74. “What we’re really getting at is the inability for victims to tell their stories.” – Jody Madeira

75. “There were people corrupt, and they were friends with him or something.” – Jacoba Ballard

76. “I really wanted him to have jail time. I really did.” – Dianna Kiesler

77. “This was a span of two years from me filing a complaint, to them actually, finally doing something about it.” – Jacoba Ballard

78. “I just feel like he, that this was some sick game experiment for him.” – Carrie Foster

79. “This judge just let this man pretty much off the hook.” – Jacoba Ballard

80. “I dread every new match that comes.” – Jacoba Ballard

81. “It was, you know, important to my parents that it was someone that was healthy, and for him to turn around and violate them and do this without their consent, and there’s a lot of us that have the same health issues.” – Carrie Foster

82. “I’m sick. And other siblings have autoimmune diseases and stuff.” – Jacoba Ballard

83. “I mean, I’ve spent weeks in the hospital, losing fifteen pounds at a time.” – Jason Hyatt

84. “I have an autoimmune disorder, yeah.” – Heather Woock

85. “I have a lot of digestive issues and colon issues, and no one on my mom’s side does.” – Carrie Foster

88. “Still to this day, there are people in his community that back him.” – Jacoba Ballard

92. “I quickly got my phone and opened my 23andMe, and all of the siblings on that show were listed as my half-siblings.” – Alison Kramer

93. “You know, you can’t be angry when you have, you have what you always dreamed of.” – Shereen Farber

94. “Well, it was complex for me because I was 47 years old at the time, and to find out that the man I looked up to and emulated from the time I was small was not my biological father, was crushing.” – Alison Kramer

96. “It’s a very vulnerable position that the patient is in.” – Alison Kramer

99. “I can’t even think about it without getting upset.” – Alison Kramer

100. “And for him to act like nothing happened. I think that’s the worst part of it.” – Dianna Kiesler

101. “I don’t look at these people and consider them to be my children.” – Dr. Donald Cline

102. “I want zero relationships with him. He’s not my father.” – Julie Harmon

103. “I feel sorry for him because his whole life to his wife, to his own children, to his community, to his church, to his colleagues in the hospital and his office. It’s all a lie.” – Jason Hyatt

105. “I would like to see him pay for what he did, but I just, I feel like there isn’t gonna be any justice.” – Carrie Foster

107. “Instead of destroying me, you made me realize my self-worth.” – Jacoba Ballard

Our Father is an important documentary encapsulating the bravery and resiliency of the families who saw Dr. Cline. You can watch Our Father on Netflix!

Hope you found these quotes from Our Father to be both interesting and chilling!

For more scoop on the best quotes, check out these articles: 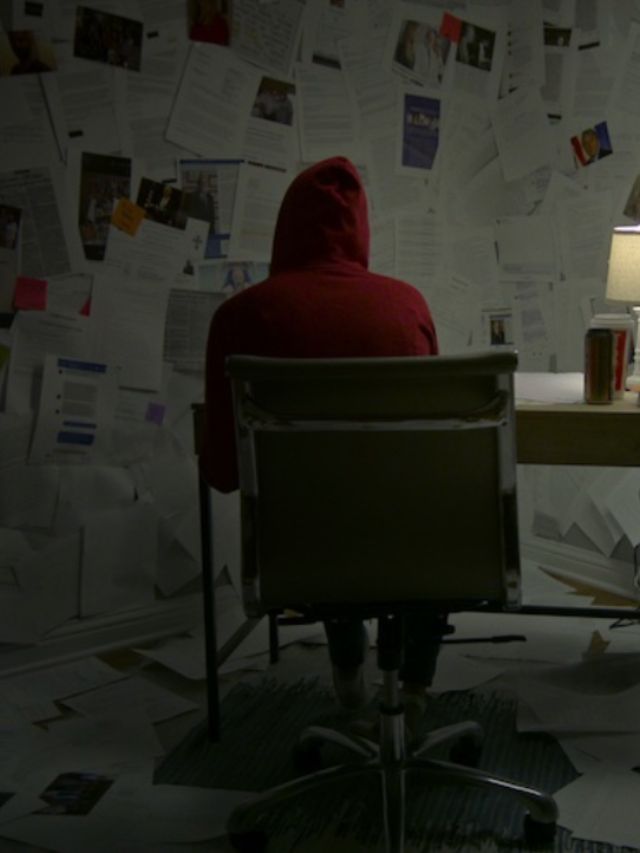