11 Things you Didn’t Know About The New Lion King

The Lion King has been a Disney fan favorite for years now. Whether it’s the fresh, unique songs or how cute baby Simba is, I think we can all agree that The Lion King is a movie that will continue to be a hit. Here’s the scoop on 11 things you didn’t know about the new lion king.

Everybody loves The Lion King soundtrack. Compared to a lot of Disney movies, The Lion King’s music choice is something fresh and unique from your typical princess soundtrack. The songs everyone know and love were originally composed and written by Elton Jon and Tim Rice. However, Elton recently revealed that the 2019 Lion King will only contain 4 original songs; “can you feel the love tonight,” “Hakuna Matata,” “I just can’t wait to be king,” and “circle of life. There will also be a reworked song by Hans Zimmer.

Even though the 2019 Lion king is set in Africa, like the original Lion King, the movie is actually filmed in Los Angeles. The production staff made this happen by using virtual-production techniques to make the scenery and background look like the African plains. This same technology was used in the filming of The Jungle Book.

Mufasa is originally played by James Earl Jones in the 1994 Lion King. He is brought back to play Mufasa in the 2019 remake.

Coming back to music, Elton John and Tim Rice will be returning to the Lion King to compose a new song for the film in collaboration with Beyoncé.

If you’re wondering how Disney got the animals to look and move so realistically, you can thank the filmmakers who used a video technique called motion capturing. In motion capturing the movements of real animals were sampled many times per second to determine the exact movements of the animals. The animation data is then mapped in a 3D model so that the animals in the movie performs the same actions as the real animal.

The new poster released: Although the Lion King teaser trailer didn’t offer up much new footage of the movie, the new poster Disney released gives fans a first glimpse of Mufasa. The 2019 movie poster may look familiar to some fans because it resembles one from the theatrical IMAX re-release of the Lion King in December 2002.

The 2019 remake boosts an amazing cast including, Donald Glover as Simba, Beyoncé as Nala, and James Earl Jones coming back for his role as Mufasa.

The opening scene will replicate the one from the original Lion king. However, not much is known about the plot of the movie yet, but it seems unlikely the filmmakers will stray too far from the original.

Donald Glover aka Childish Gambino, will be playing Simba. Considering he has 2 Emmys and a Grammy he should have no problem singing during the film.

During the filming of the Lion King, actors were able to walk around the set wearing virtual reality headsets. They could walk into a scene and the see the other actors, the trees and the rest of the scenery. Because the actors were able to walk around in the 3D world, it seemed utterly realistic to them during the filming instead of just doing a voiceover.

These are 11 things you didn’t know about the Lion King. Check out more of our movie posts like How To Draw Your Favorite Disney Princesses! 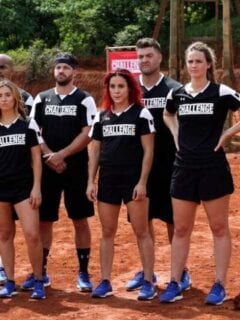 Previous
11 All Time Best Contestants from MTV's "The Challenge" 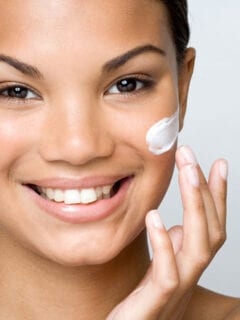 Next
3 Skincare Tips You Should Know About
Click here to cancel reply.