15 Best When Calls The Heart Quotes

Listen up When Calls the Heart Fans! The iconic Hallmark TV show that is now going on its 8th season is full of emotional, thought-provoking, and uplifting quotes! We’ve gathered some of the best ones so far! Here’s the scoop on the 15 best When Calls the Heart quotes!

1. “For what is life but a bittersweet mixture of sadness, wonderment, hope, and joy.”- Elizabeth Thatcher

Erin Krakow’s character is an open-minded one from the very beginning when she moves to Coal Valley. Over time, she recognizes all the qualities that are embedded into one’s life from experiences like meeting the widowers of the coal miners upon her arrival to Coal Valley to now having her own book! This When Calls the Heart quote recognizes one of her many thoughtful main character moments!

2. “Loyalty means something. You’ve been loyal to me, now it’s my turn.”-Jesse

When Jesse Flynn moves to Hope Valley, it is unlikely that he ever thought of finding love in the process. In this touching When Calls the Heart quote, Jesse reciprocates his feelings to someone who he has had a longtime attraction towards, Clara Stanton.

3. “Henry. We don’t get too many chances to start over in life. My advice? Make the most of this one.” -Leland

In this scene, Leland gives a lost Henry, played by Martin Cummins, who is known for his iconic role as the sheriff in Riverdale, some eye-opening advice on the way Henry is to pursue his life. This leads to an unlikely friendship between the two! However, it is still ironic that Henry accepts Leland’s advice despite Leland being the younger one!

4. “Elizabeth? I’m afraid our friendship may be dying on the vine.”-Rosemary

During this season 6 episode of When Calls the Heart, Rosemary and Elizabeth find themselves in a rift! From the very beginning of Rosemary’s arrival, she posed a threat to Jack and Elizabeth’s relationship as her and Jack were previously engaged before they made their way to Coal Valley.

5. “Rosemary is the one connection I never want to cut.”-Leland

During a conversation with Fiona, Leland speaks on how he wants to keep the house connection after all. Fiona is surprised and asks if he has had a change of heart. Clearly, Leland’s answer is one that makes us envy Rosemary to bits!

6. “I will do anything. Anything. I need to provide for my family.” –Adam Miller

The sole survivor of the coal mine incident, Adam Miller, has proven himself over the course of the show that he is willing to take on a challenge, especially after so many were left widowed in the first season! He realizes early on how grateful he is to be aside his family after so many did not have that opportunity. His dedication to his family is both admirable and heart-wrenching! The Hearties will be grabbing tissues at this When Calls the Heart quote!

7. “I want the whole world to know how much I love you. I want to shout it from the rooftops. Lee, you are my one and only, and I will sing your praises as long as there is an ounce of air left in my lungs.” -Rosemary

In this heartfelt When Calls the Heart quote, we see Rosemary confessing her true feelings to Leland, and without a doubt, Leland ends up reciprocating her same energy by telling her he feels the same exact way. These two lovebirds are making the Hallmark hearties tear up!

8. “I will never forget my Noah. But at some point, life goes on. For all of us.”- Abigail

In one of many scenes, Abigail shows her resilience in this particular When Calls the Heart quote as she keeps her son Noah close to her, but realizes she cannot allow her grievances to restrict her from her own pursuits. She makes it a point to say “For all of us.” as she realizes the impact the deaths from the coal mine have had on Coal Valley, which is now Hope Valley, as a community.

9. “I can’t be the person who keeps you from following your dreams…. You have to do this. You have to go. I know it in my heart and so do you.” – Elizabeth

When Jack has plans to set out to travel to the the northern territories, he makes a life-changing decision and proposes to Elizabeth! In all their newfound happiness, Jack still must leave and it seems these parting words from Elizabeth are also her final ones.

10. “Your insults will not silence me, nor will your money.” -Abigail

When Abigail Stanton initially became a widow she was left with the dilemma of an income, or lack of one. Despite this, she never allowed her financial status or abilities to define her and made that very clear to anyone who threatened her value for her voice!

11. “But my fear pales in comparison to how safe I felt in Jack’s arms when he came to my rescue. It makes me realize that, sometimes, we need heroes in our lives, and, sometimes, for the people we love, we actually have to become the hero.” -Elizabeth

In this season two When Calls the Heart quote, Elizabeth is writing in her journal after Jack finds out that she was in danger earlier that same day. Considering they have not known each other for long, it is clear that Jack’s love for Elizabeth is vast as he made it his mission the entire episode to get back to Elizabeth to make sure she was safe if nothing else!

When Bill Avery comments on how the passing of Abigail’s son’s is something that seems unspeakable, Abigail gave us the most tear-jerking answer she most possibly could! The show continued to bring up Abigail’s sons’ death after the ocurrance. In light of this, Abigail kept her head up by keeping her son alive in conversation if nothing else!

Jack wins major heartthrob points from this When Calls the Heart quote that he made when speaking on how his character has changed upon meeting Elizabeth from her very first day in Coal Valley. It is clearly visible that Jack owes so much of his character development to Elizabeth!

14. “I know you think I’m foolish for knowing who I’m going to marry, being I’m so young. But sometimes, it happens. Sometimes you see a girl, and your whole future is clear as a bell.” -Gabe

Hallmark has a way of making us hopeful and this quote embodies exactly that! In this When Calls the Heart quote, Gabe confesses his true feelings on his future with Cassandra! At first, it seems as though he is unsure of his attraction to her upon moving to Coal Valley, but soon after he realizes where his heart lies.

It seems both Elizabeth and Jack possess self-doubt within their characters and the only way to relieve themselves from it is each other! In this When Calls the Heart quote, Jack reminds Elizabeth of her purpose and potential that Elizabeth often forgets to remember!

You need these Hallmark essentials! 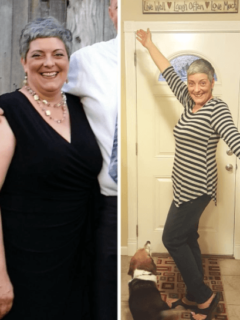 Previous
Why Can't I Lose Weight? 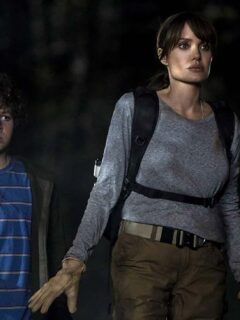 Next
“Those Who Wish Me Dead” Fails to Catch Fire - Movie Review
Click here to cancel reply.