Mel Gibson releases a film with bloody scenes from one of the best civilizations to exist. Apocalypto is a two-hour-long movie about the downfall of the Mayan civilization. The movie begins with Jaguar, Flint, and the rest of the villagers living in a conflict-free world. One day, their community becomes enslaved by the Holcanes. The only thing stopping Jaguar’s death as a sacrifice for the Gods is the solar eclipse. Here are some of the most memorable Apocalypto quotes! 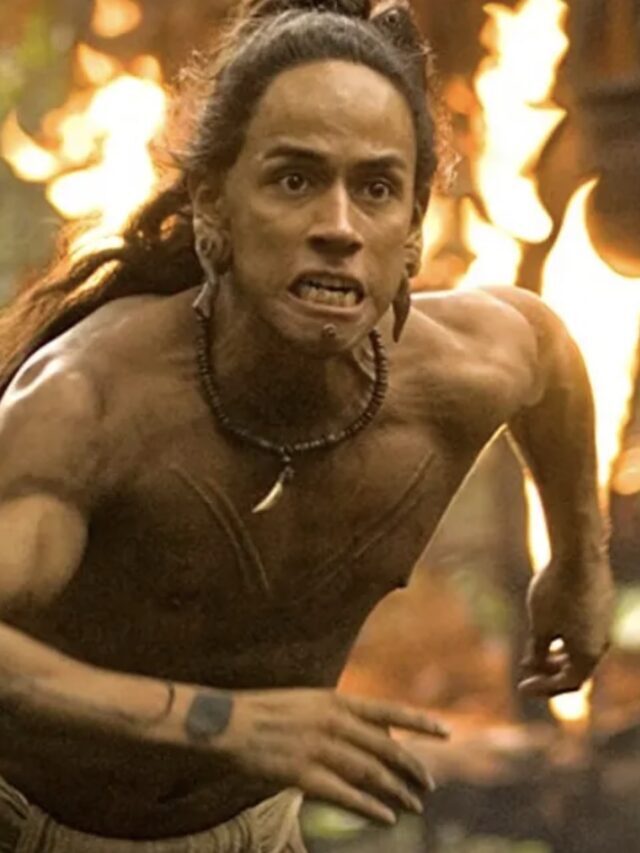 *Warning. There may be spoilers!*

1. “Fear. Deep rotting fear. They were infected by it. Did you see? Fear is a sickness. It will crawl into the soul of anyone who engages it. It has tainted your peace already. I did not raise you to see you live with fear. Strike it from your heart. Do not bring it into our village.” -Flint Sky

Flint and his tribe come across refugees passing through the forest; however, their behavior seems off. The refugees reveal that they were attacked and are looking for a new place to settle down in. After the refugees leave, Flint warns his son not to create fear within the village. As the future leader of the tribe, why wouldn’t he be curious about the attacks?

Jaguar is determined to fight for his forest and tribe against the cruel warriors. He attempts to hide his wife (Seven) and son (Turtles Run) in a tank while he fights to defend his father and the rest of the tribe. Unfortunately, he is unable to save everyone with the tragic end of Sky Flower and Flint.

Jaguar decides to stop running away from the Holcanes and confronts them head-on with a wasps nest.

3. “We should go to the forest. To seek a new beginning. Come, Turtles Run…” -Jaguar Paw

After the attack on their village, Jaguar seeks to escape with his family once everything falls out of his control. This Apocalypto quote shows that Jaguar Paw is willing to keep fighting for a fresh start.

4. “Enough! Your words mean nothing. He runs because he is afraid. When I catch him, I will peel his skin and have him watch me wear it. We leave now!” -Zero Wolf

Zero is filled with rage at the thought of Jaguar running loose and stabbing his son, Cut Rock. Jaguar takes the arrowhead that wounded him and makes a run for it. He leads his hunting party to put an end to Jaguar.

Drunkards Four doesn’t want any part of the omen for killing Jaguar.

Flint is confident about his son’s loyalty and skills in keeping the tribe alive. As viewers, we can see how important bloodline is within tribes. Apocalypto has many moments where it mirrors the decline of the Mayan civilization, but the movie is far from depicting the actual events of the Mayans’ downfall.

7. “We tell stories of a place stone-built.” -Curl Nose

Stone-built places are most likely to hold up against attacks compared to places with less infrastructure.

8. “Those people in the forest, what did you see on them?” -Flint Sky

Jaguar trades with the refugees despite their victimized appearances. The fear from the refugees starts to infect Jaguar.

Jaguar shares the internal organs of a nocturnal animal, tapir, amongst his tribe. But Jaguar gives the testicles to Blunted as a joke for his lack of children with his wife. Has to be one of the funniest Apocalypto quotes throughout the whole movie.

10. “You fear me? So you should. All you who are vile. Would you like to know how you will die? The sacred time is near. Beware the blackness of day. Beware the man who brings the jaguar. Behold him reborn from mud and earth. For the one he takes you to will cancel the sky, and scratch out the earth. Scratch you out. And end your world. He’s with us now. Day will be like night. And the man jaguar will lead you to your end.” -Oracle Girl

The party travels through the forest and comes across dead villagers infected with the plague. One of the sick girls from the plague-stricken village approaches them, but Snake Ink pushes her away. Zero Wolf and the rest of the party fail to scold Snake Ink on his behavior towards the girl, so she starts to declare a prophecy foretelling their doom. We know not to mess with prophecies; especially not this Apocalypto quote!

12. “Lift yourself up, Drunkards Four. The omen was foretold, and now we have a fear more grave. Today I saw the day become like night. I saw a man run with the jaguar. We must not let this man make feet from us.” -Snake Ink

Snake Ink, Zero, and the rest of the Holcanes go on a mission to chase down Jaguar. When they manage to spot Jaguar, he is already on the run again with a far fetch leap off the edge of a waterfall. As Snake Ink suggests going the easier route (climbing down) instead of jumping, he is stabbed by Zero.

The tribe doesn’t yet know the influence of the upcoming attack that is bound to destroy everything. Soon enough, Curl Nose becomes one of the few people to survive the attack; however, he is later sacrificed to the Gods.

Gives the heart of the tapir to the tribal member, Smoke Frog.

Cocoa Leaf receives the ears of the tapir at the beginning of the movie. As part of the tribe, he becomes enslaved to the Holcanes and eventually meets an untimely death.

The Mayans are blamed for their inability to hold their ground against the Spanish in Apocalypto. But we are well aware that the Spanish were at an advantage for their well-advanced weaponry. Apocalypto shows the Mayan empire to be more evil and offensive than they actually were, which is not the case if you read about the Mayan culture. Well, at least we know that Mel Gibson can keep us entertained with this fictional Mayan-inspired film!

I hope you enjoyed this adventurous post about Apocalypto quotes! For more movie quotes to geek out on, visit these: