The 2017 film Jumanji: ‘Welcome to the Jungle,’ is all about an action-packed adventure through the jungle with likable characters. Jake Kasden, the director behind the comedic film, attempted to create a buzzworthy sequel to the original Jumanji (1995). Alongside the writers, Jake Kasden didn’t disappoint with flawless action scenes and character development. The film stars well-known actors that give Jumanji: “Welcome to the Jungle’ a whole new dimension (Kevin Hart, Dwayne Johnson, Jack Black, Karen Gillian, and a few others). Here is the scoop on awesome Jumanji quotes guaranteed to make you laugh. 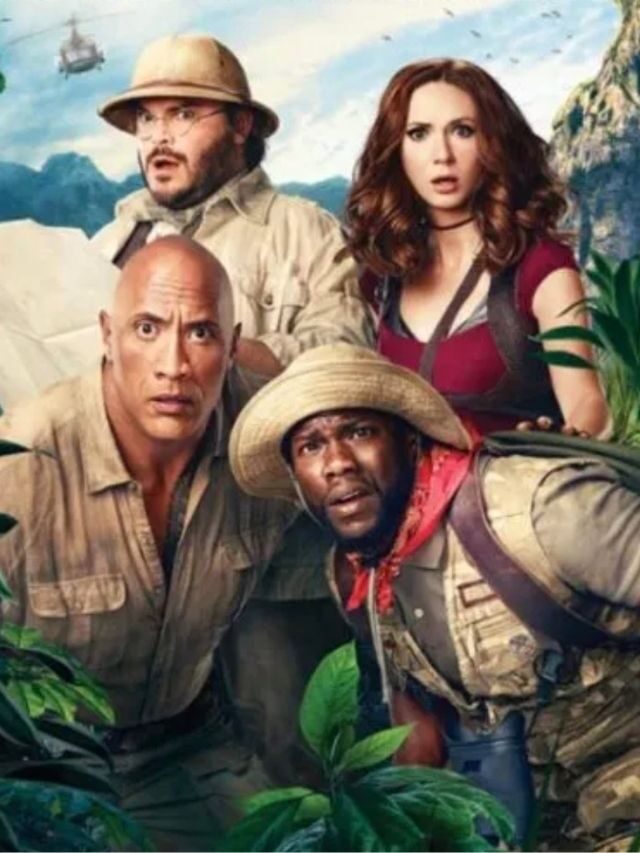 1. “Is something happening to me? Am I shaking? Am I still black?” -Mouse Finbar (Fridge)

Before entering into the game, everyone chooses a character based on their preference. Every character is revealed to have some kind of weakness except for Bravestone that could be used against them in the game. Even though Mouse Finbar’s weakness is cake, he finds himself eating cake in the marketplace, but Ruby reminds him about his weakness and he starts to outwardly freak out.

Since Spencer’s game character seems to have the upper hand when it comes to strength, He encourages Mouse to get on his back so he won’t die from the fast-moving stampede. We can also see that Spencer is one of the calmest among the group and often the one that helps the others in dangerous situations.

Mouse Finbar says this Jumanji quote when he is running away from the stampede to save his pride as a man. In real life, Fridge is a cool but relatively tall guy compared to his friends. But seeing how the nerd of the school (Spencer), chose an attractive character that ranks above Mouse, Fridge has a hard time accepting it.

4. “That old game machine must have electrocuted us and now we’re… Oh my God!” -Professor Sheldon Oberon (Bethany)

A character that might not be the brightest of the bunch, she finds it hard to believe that they all ended up in the game. She is aware of the character that she selected but doesn’t think that she would become that character.

5. “You better get in there and save her.” -Mouse Finbar

Professor Sheldon falls victim to many death traps at the beginning of the game. As a friendly instinct, Mouse tells someone to save her, knowing that his character rises as a disadvantage towards being the hero.

Even though Dr. Smolder’s last name is Bravestone, he directs the urgency back to Mouse. This lets us know that Spencer himself may not be confident enough to save someone from danger even though he has no weaknesses.

7. “Yeah, I got a backpack on! You don’t get in the water with a backpack, everybody knows that.” -Mouse Finbar

Mouse attempts to come up with a silly excuse when Sheldon (Bethany) gets dragged into the water. His attitude stems from the sheer disappointment of his character choice. He might have extensive knowledge of wildlife but when it comes to approaching animals, his confidence fizzles out.

8. “Are you going to help or are you too pretty?” -Martha

Martha directs this Jumanji quote to Bethany during their time in detention. Her blunt character also translates over to the game.

But Bethany can’t deny her status as an Instagram princess and replies back to Martha. Although her character can be seen as quite annoying and unlikable in the beginning, she is often the one that carries humor throughout the film.

10. “I have to warn you, I think I’m a very strong puncher.” -Dr. Smolder Bravestone

Spencer doesn’t know all of the capabilities of his character in the game but doesn’t fail to warn the group about his strength. After a dispute, Mouse and Bravestone end up physically fighting each other.

Fridge is still in shock with his short character and questions why he can’t run fast enough. But we know that for anyone, running from a stampede is almost impossible.

12. “A game for those who seek to find a way to leave their world behind: Jumanji… You pick a character and then you’re that person in the game.” -Spencer

Spencer might be the only one that takes this game seriously at first. None of them really know what they’re getting into after discovering the old game in the school basement. Not only are they taken aback by the game’s magical ability to suck people in, but they also have to complete a mission before their lives run out.

Bethany chooses a character that doesn’t seem to reflect any of her attributes in real life. However, she is not aware of the game’s powers.

Bethany immediately regrets her choice once finding out she must play as an overweight man. The girly side of Bethany takes a while to adjust to the qualities of a man.

Fridge is used to being the one that towers over everyone. However, we can’t deny that this quote is hilarious and often creates a disadvantage when it comes to him playing the game and the dangers he faces.

16. “Who’s good at staring and not blinking?” -Dr. Smolder Bravestone

The classic staring contest that helps them get out of sticky situations.

The funny reminder by Ruby creates panic for Mouse when he picks up a pound cake at the marketplace.

Even after the back and forth conversation between him and Bravestone, he still rejects help despite the life-saving helicopter.

19. “Maybe we’re all in a coma.” -Professor Sheldon Oberon

Bethany still doesn’t believe that the game has the ability to suck them in. Not ever being in a coma, she brings up the idea that they were electrocuted enough to end up in a coma. Not the smartest Jumanji quote by Sheldon, but we’ll take it.

Spencer becomes the leader of the group in helping everyone avoid trouble. After finding out they only have three lives, they work together to avoid each other’s death while finding ways to win the game.

21. “Why am I wearing half a shirt and short shorts in the jungle?” -Ruby Roundhouse

Knowing that Martha is more of a shy and conservative student, her game character stands out in not only the clothes but her powers as well.

22. “I don’t have my clarinet, and all I see around here is pollen!” -Dr. Smolder Bravestone

Even Spencer seemed a little surprised by the game’s power.

23. “I hate this game, everybody else got the good stuff!” -Mouse Finbar

Mouse fails to see any of his good character qualities and instead beats himself up over it.

24. “Damn, that is a man right there.” -Professor Sheldon Oberon

This Jumanji quote hilariously reminds us that Bethany is indeed a woman. She doesn’t fail to show her personality when looking at Bravestone.

Once Bethany figures out how a man uses the bathroom, she proclaims that it’s much easier than she thought.

If you’re looking for a good laugh and awesome characters, give Jumanji: ‘Welcome to the Jungle’ a try. This movie is popular in winning awards geared towards younger audiences. I hope you loved these Jumanji quotes as much as I do!

Watch the next movie in the series, Jumanji: The Next Level. The movies are on various platforms such as Youtube, Amazon Prime Video, Starz, and Vudu.