A part of the Marvel Cinematic Universe, Shang Chi and the Legend of the Ten Rings stars Simu Liu, Tony Leung, Michelle Yeoh, Ronny Chieng, and a few other known faces in the entertainment world. Some of the new characters are by new MCU actors.

The Marvel Studios movie has an Asian cast that has engrossed over 400 million in the box office. Furthermore, the Marvel superhero is based on a comic with the same name. Here is the scoop on the best Shang Chi movie quotes! 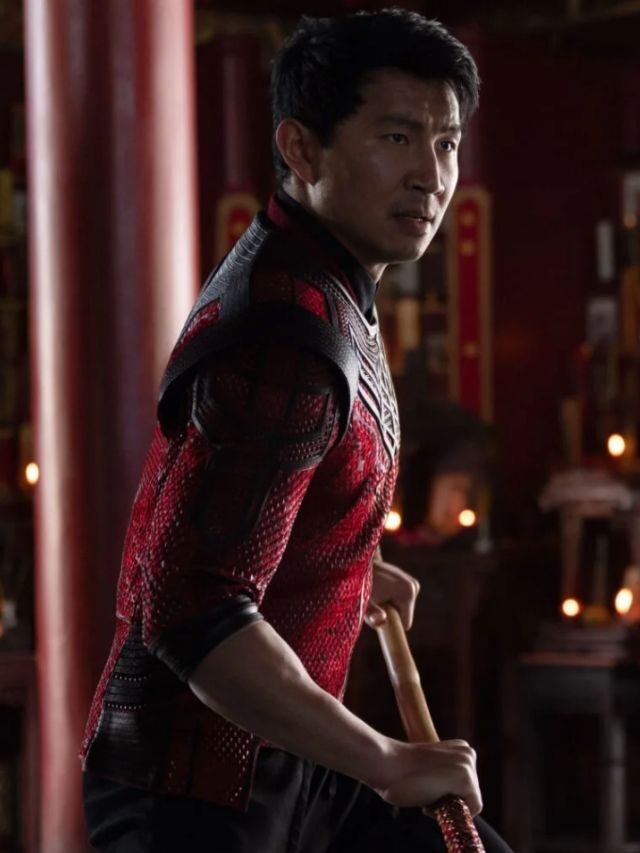 1. “If my Dad wasn’t going to let me into his empire, I was going to build my own.” -Xu Xialing

Xu Xialing (Meng’er Zhang) is Shang-Chi’s sister who wants to be acknowledged for her power. Based on Chinese culture, men are the only ones capable of becoming skilled fighters. Xialing finds every possible way to become her own boss, which is foreshadowed when she takes over the Ten Rings Organization at the end of the movie.

2. “I know you don’t like to talk about your life, but a guy with a freaking machete for an arm just chopped our bus in half!” -Katy

Katy Chen, Shang-Chi’s best friend, is finally introduced to who Shaun really is after the sudden bus attack. Shang-Chi was forced to take over the wheel when the bus boy is rendered unconscious. He tried to escape his martial arts life, but the green pendant makes him a target.

I don’t know about you, but I’m surprised Katy wanted to know more about Shang-Chi’s life and the dangerous people around him.

Wenwu is Shang-Chi’s father who sent him away to become an assassin. However, Shaun wanted to escape the legend of his family by fleeing to San Francisco to start a new life. He realizes through the bus attack that he can’t outrun his destiny. This might be one of the best Shang Chi movie quotes that encompass the Marvel movie as a whole.

4. “You are the product of all who came before you, the legacy of your family. You are your mother. And whether you like it or not, you are also your father.” -Ying Nan

Shang-Chi’s trainer, Ying Nan, is one of the people who knows about his family and legacy. She is telling him that no matter what, you are the son that is destined to become an assassin based on family history. It almost seems like a plague that is unavoidable. Shang-Chi’s skills are unmatched when it comes to his enemies.

5. “I gave you ten years to live your life. And where did that get you? You walked in my shadow. I trained you so the most dangerous people in the world couldn’t kill you.” -Xu Wenwu

Xu Wenwu wanted an incentive for the murder of his wife by turning Shang-Chi into the master of Kung Fu set on revenge. However, his plans fall through during their climactic battle.

6. “You trained your son to be a killer. Is this what you wanted?” -Shang-Chi

His father’s control of the ten rings gives him the upper hand when battling hand-to-hand combat with Shang-Chi. Once his father passes the rings to him, only then does he have a good chance of killing the Dweller. The Dweller in Darkness was sealed off by the great protector in a cave; however, the Dweller lured people in by pretending to be people’s loved ones.

Xialing’s father disregarded her as someone who could become a trained fighter, so she had to secretly train herself. She becomes a part of the Golden Dagger Club that is managed by the young man, Jon Jon.

8. “That hurt. Do you want me to show you how it feels?” -Benedict Wong

This Shang Chi movie quote is said when Wong fights against the Abomination. The blow wasn’t supposed to occur based on the script. The fight scenes in superhero movies have to be the most iconic scenes.

9. “This family was destroyed a long time ago.” -Xialing

Xialing didn’t like the fact that Shang-Chi abandoned her by fleeing to San Francisco. Moreover, he learns that his fighting opponent is his sister. But he chooses not to fight her in the fight club and instead looks into the mysterious postcard.

10. “Your Dad trained you to be an assassin at 14. You realize how messed up that is, right? -Katy

Once Shang-chi’s friend Katy learns more about Shaun, she can’t hide her curiosity. Through the whole thing, Katy stays by his side. For the first time, it makes us wish we had such a loyal friend.

11. “We found the man responsible for killing your mom. It’s your right to kill him.” -Wenwu

Wenwu (Tony Leung) finally finds the man behind his wife’s death after discovering that the Iron Gang was involved. Wenwu directs this line towards Shang-Chi as part of his plan to use him as he leads the Ten Rings organization.

12. “I thought I could change my name, start a new life…but I could never escape his shadow.” -Shang-Chi

Shang-Chi’s father captured Xialing and Katy at the Ten Rings Headquarters. Wenwu uses his childrens’ pendants to find his wife. Shang-Chi goes through the process of self-effacement to escape his family’s legacy. When Shang-Chi is attacked on the bus, he realizes he can’t escape the web of the mysterious ten rings organization.

13. “I told my henchmen they couldn’t kill you if they tried. I’m glad I was right.” -Wenwu

A moment where Wenwu feels proud of his son’s abilities but doesn’t acknowledge Shang-Chi’s desires. Sure to be an iconic Shang Chi movie quote!

14. “So um, pretty confused right now. I thought your Dad should see a therapist, but then that dragon vomited a crazy water map.” -Katy

The scene where Wenwu uses the pendants and the heart of a dragon to form the water map and find his wife in Tao Lo village. He believes that the people of Tao Lo were responsible for her imprisonment.

15. “Leads with your breath, the light, and the dark. To know yourself, you must know both.” -Ying Nan

16. “It’s all about staying right in the pocket of the forest eats us.” -Trevor

Trevor Slattery is a prisoner who comes across Wenwu’s children and Chen. Furthermore, he reveals a secret pathway without waiting for the forest maze to clear. They soon flee by taking Razor Fist’s (Florian Munteanu) car.

17. “You think soul eaters are talking to your Dad?”-Shang-Chi

It can be quite scary once you find out that your Dad’s soul could be stripped from him at any time. Wenwu was under the imitation spell of the Dweller and the soul eaters.

18. “Father…you speak with absolute assurance, completely convinced that your vision is the only proper way…and, like all men who speak thus…you are mad! When next we meet, it will be as implacable enemies!” -Shang-Chi

I had to include this quote from the Shang-Chi comic series as it very well depicts the fight scene between Wenwu and Shang-Chi in the movie.

This is when Katy joins the Tao Lo fight instead of deciding to stand on the sidelines. This quote tells of Katy’s skills as an archer.

This quote insinuates the relationship between Shaun and his father.

21. “Throughout my life, the Ten Rings gave our family power. If you want them to be yours one day, you have to show me you are strong enough to carry them.” -Wenwu

Shang-Chi doesn’t realize when he’s a young boy that what his father has planned is wrong. But when he gets sucked into Wenwu’s revenge scheme, he realizes how dangerous the Ten Rings can be.

When Wenwu’s soul is about to be eaten by the soul eaters, he passes the rings to Shang-Chi. Shang-Chi then tries to seek help by asking Carol Danvers and Bruce Banner about the ten rings but they come up with nothing.

22. “Be careful how you speak to me, young man. I have lived ten of your lifetimes. I have eaten more salt than you have had rice in your life!” -Wenwu

Wenwu proclaims to his son that he is stronger and knows more about the world. Although, Shang-Chi heard the origin story from his mother, Ying Li. His hunger for power becomes his downfall.

23. “It’s the art of confusion. It always works on stupid people.” -Katy

When Katy discovers Shaun’s life as more than a car valet, she seeks answers and a clear understanding of what’s going on around him.

24. “The Ten Rings are stronger than anything in your universe.” -Ying Nan

Ying Nan tells this to Shang-Chi as his trainer. The reason Wenwu is so powerful is because he is reliant on the ten rings.

25. “I know you’re upset but could you please just hear me out? Dad’s coming for you.” -Shang-Chi

When Xialing and Shang-Chi meet after a long time. She is upset at him for leaving her to find out there are worse problems going on involving their Dad.

26. ‘I’ve done alot of dumb things in my life with worse odds.” -Shang-Chi

Shang-Chi’s willing to risk his life for the ones he cares for. He doesn’t see a reason to live without the ones he loves.

Shang-Chi realizes that he can’t leave his sister after abandoning her once to escape their family legacy. He would rather die with Xialing than be the one left standing, which was the only thing to convince her.

Katy tries to ponder over Shaun’s name change choice as it sounds the same as Shang. At the beginning of the movie, Katy and Shang-Chi work as car valets and Katy jokes about being the Asian Jeff Gordon. The Katy quotes are the humor that we all needed in this suspenseful action-packed movie.

29. “Even if you could bring her back, what makes you think that she’d want anything to do with you?” -Shang-Chi

Wenwu has been consumed by hatred since Ying Li’s (Fala Chen) murder and developes a plan to involve Shang-Chi. Wenwu came across the ten rings that enabled him to have immense powers but it wasn’t enough and instead sought out the mythical creatures in the hidden city, Tao Lo, who’s controlled by Master Guang Bo (Yuen Wah).

Wenwu is filled with hatred and refuses to see the pleas of the Tao Lo people to not burn down their homes.

The latest Marvel movie to be released, Shang-Chi and the Legend of the Ten Rings, holds a special place due to the diverse actors much like Black Panther and its black cast. Moreover, the villain, Fu Manchu, was deleted from Marvel Studios due to the use of dark magic. Make sure to check the parent movie guide to see if Shang-Chi is kid-friendly!

If you’re a Marvel fan, you would know about the post-credit scene at the end about Shang-Chi’s sister. Destin Daniel Cretton and Kevin Feige have made a Marvel masterpiece.

While waiting for the new movies, go back and watch Ben Kingsley in Iron Man 3, Captain America: The Winter Soldier, and the ones released from last year.

There are plenty of MCU films coming up in the near future such as the return of Black Widow played by Scarlett Johansson. We also cannot wait for the return of these MCU movies to hit the big screen: the Incredible Hulk, Captain America, Dr. Strange, Iron Man, and Captain Marvel. Hope you loved this list of Shang Chi movie quotes!

Watch Shang-Chi and the Legend of the Ten Rings on Disney+ November 12!

Which memorable quotes from the Shang-Chi movie do you love the most? For more Marvel movies and quotes, visit here.