Kingsman: The Golden Circle was such an incredible, action-packed movie that left me wanting more!  Since this is the second installment of the Kingsman series, I’m hoping that a third movie will be in the works soon.  After the Kingsman headquarters (a secret spy agency in Great Britain) are demolished by a mysterious enemy, one of the newest members of the Kingsman, Eggsy (Taron Egerton) must uncover the new foe in charge of this destruction. 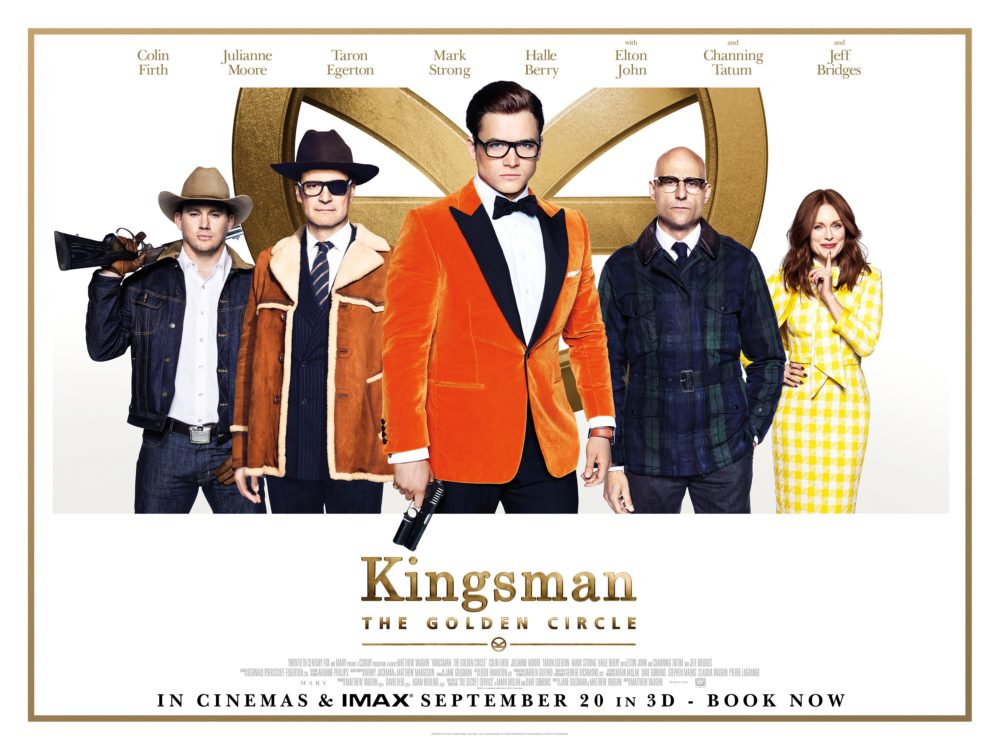 In order to do so, Eggsy has to unite with the United States equivalent to the Kingsman, called the Statesman.  These two agencies must work together to defeat the leader of a massive drug cartel and villain behind the destruction of the Kingsman headquarters, Poppy (Julianne Moore), while trying to recover the memory of a former Kingsman agent, Harry Hart (Colin Firth).

This intense yet amazingly funny film had so many notable celebrities in it, and I was definitely surprised every time I saw a familiar face on the screen.  Here are 5 celebrities that you didn’t know were in Kingsman: The Golden Circle, in theaters today!

Before I saw this movie, I had no idea that Channing Tatum would be in it.  Tatum plays an agent from the Statesman, known as Tequila.  Unlike some of his previous movie roles, Tatum’s character is from Kentucky, and is complete with a cowboy hat and an authentic southern accent.  I was pleasantly surprised to see him in this role, and loved his character’s tough as nails personality.

Yes, the real Elton John is in this movie!  Surprisingly enough, Elton John plays himself and steals the show with his witty one-liners and clever remarks.  Although his role is small, Elton John is the secret weapon of Kingsman: The Golden Circle.

Julianne Moore plays the evil leader of a nationwide drug cartel, known as The Golden Circle.  Moore’s character, Poppy, is a ruthless lunatic with a master plan that could prove fatal to a large portion of the US population.  Moore was the perfect actress to play this role and I absolutely loved every minute that she was on screen.

Although many of you probably knew that Colin Firth would be in the second King0sman movie, his performance was completely stellar.  I have been a huge Colin Firth fan ever since he starred in Mamma Mia, and Kingsman: The Golden Circle, only heightened my sense of appreciation for him.

Halle Berry is an actress that never fails to impress me, and this movie was no exception.  Berry plays a confident and strong-willed agent of the Statesman, Ginger, who is never afraid to fight for what she deserves.

Make sure to see all of these fantastic celebrities in Kingsman: The Golden Circle, in theaters today!