5 Moments We Loved in the Incredibles 2 Olympic Sneak Peek

If you’re enjoying the Winter Olympics, then you probably caught Wednesday’s sneak peek at Disney/Pixar’s Incredibles 2. Missed it? We’ve got the sneak peek plus 5 moments we loved!

We kinda love seeing Bob’s struggle. It led to adorable moments like Jack-Jack waking his dad after he dozes off while reading to him. Not to mention Bob’s hilarious outburst about math when he’s helping Dash with his homework. Midway through the trailer, the super dad has a serious five o’ clock shadow and looks exhausted. Poor Bob. We have to wonder if Violet will give him any troubles too. After all, being invisible is a pretty handy way to sneak out.

We love that Jack-Jack has so many powers. In the peek, Frozone aka Lucius Best freaks out when Jack-Jack suddenly disappears from the living room. Bob remains cool about it and practically expects Jack-Jack when he pops up on the kitchen counter. This kid has laser eyes, can burst into flames, shapeshifts into a monster, and teleports? Awesome! But yikes! No wonder Bob is tired. 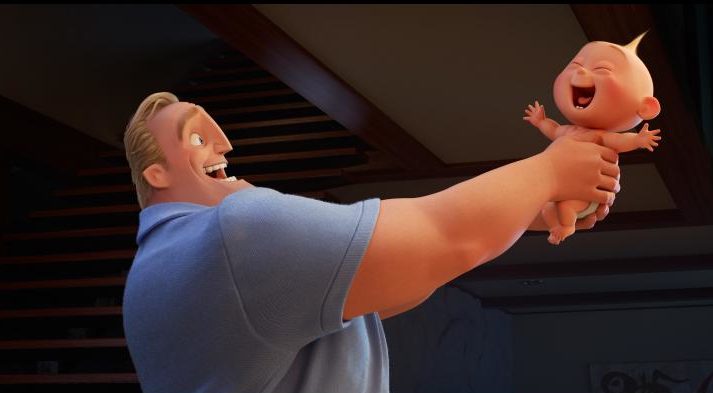 3.  Bob trying to be a super husband, too

Bob is painfully aware that Helen took care of everything related to the house and the kids. We love that he’s trying his best and doesn’t want his failures to get in the way of his wife’s career. He explains to Lucius and Violet that he “needs to succeed, so she can succeed”. Getting a grip on this stay-at-home parent thing is not an option. Bob really doesn’t want to let Helen down. Aww! #RelationshipGoals.

4. Lucius and Edna Mode to the rescue?

Teamwork is important if you’re going to be a superhero. By the looks of it, Bob’s calling on Lucius to help chill things out. The peek also shows an exhausted Bob making a visit to a certain designer. Edna reminds Bob that “when done properly, parenting is a heroic act” with emphasis on properly. Maybe she has some tips or a special suit that can stop Jack-Jack from going completely out of control. Whatever is going on, we love that Frozone and Edna are there for Bob.

5. Elastigirl being a boss

We already knew that, but we definitely loved being reminded. Helen’s taking her boss level even higher in Incredibles 2. She’s traveling with the help of a tycoon, saving people, and bringing the idea of Supers back to the top. Helen’s motorcycle is everything. Plus, it’s nice to see that Elastigirl has fans excited to see her!

Take a peek at the sneak peek!

Avoid The Tourists: Unique Experiences For Your Spanish Holiday

15 Disney Ornaments You Need For Your Tree...

15 Must Have Disney Backpacks 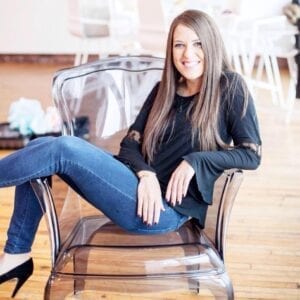