Since its release in 2016, the animated Trolls movie has become a family favorite for many. The story of the Trolls has been continued in a sequel as well as a TV show. Movie quotes are always great, but each Trolls film or episode includes some of the best quotes. The trolls movies are entertaining for everyone, even those die-hard Star Wars and Marvel fans. 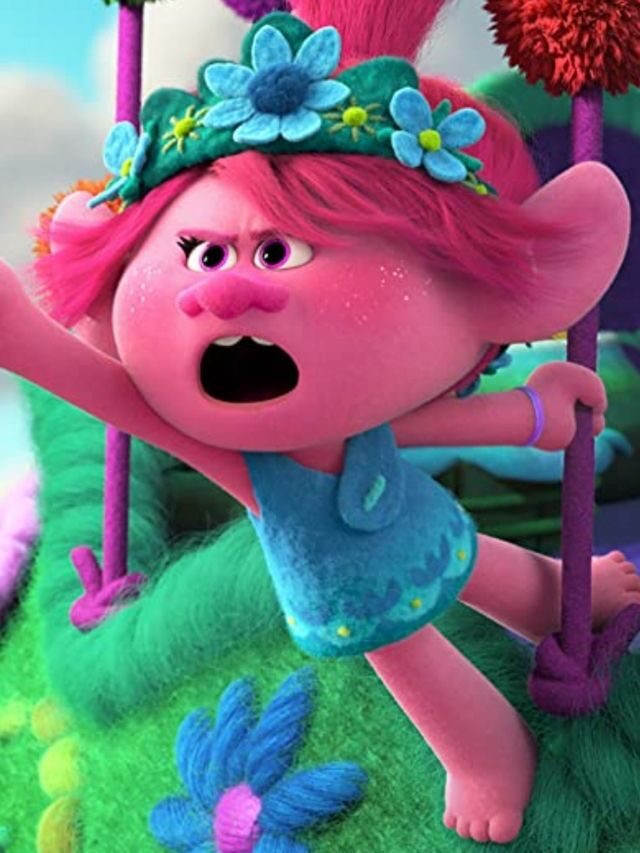 10 Best Quotes From the Movie “Trolls”
View all stories

The first movie follows the story of little colorful creatures who belong to different troll tribes. For instance, Poppy’s color is bright pink, and she’s a bright character in the movies. They are joyful creatures who spend their days laughing and singing different kinds of music. The film includes genres ranging from country music to smooth jazz. However, most of the focus is on the Pop Trolls.

Directors and producers like Walt Dohrn, Glenn Berger, Mike Mitchell, and Jonathan Aibel worked hard to create an uplifting movie. From the first to last lines, Trolls movie quotes are funny, inspiring, and entertaining. The joy of these movies is so infectious, they’ll leave your kids asking for a Poppy shirt or wall decal.

If you didn’t enjoy your family movie last night, Trolls will surely be a great choice for your next film. We’ve gathered some of the best Trolls movie quotes and Trolls World Tour quotes that capture the fun of the movies.

Here’s the scoop on the best Trolls movie quotes!

1. “Poppy is the leader of the trolls, and it’s not her fault she’s so insanely happy. She’s just never faced a real problem until now.”- Branch, ‘Trolls’

2. “We are friends. And sometimes that means speaking up if I think you’re making a mistake.” – Branch, ‘Trolls’

5. “Goodbye. I hope to see you again, friends. But even though it’s scary, I have to go out there and see if there are other Trolls like me…[shrieks] Oh man, this is going to be hard.” – Cooper, ‘Trolls World Tour’

6. “My father banished you 20 years ago. Have you been standing behind that plant this whole time?” – King Gristle, ‘Trolls’

7. “Barb doesn’t want to unite us, she wants to destroy us.” -Poppy, ‘Trolls World Tour’

9. “Scrapbooks? Those are cut out, glued and glittered by the winners.” -Prince D, ‘Trolls World Tour’

10. “So whether your song is sad or heartfelt, loud and defiant, or warm and funky, or even if you’re a little bit of each. It’s all these sounds and all our differences that make the world a richer place. Because you can’t harmonize alone.”  -Poppy, ‘Trolls World Tour’

11. “But these other trolls, they sing different, they dance different. Why, some of them can’t even begin to grasp the concept of Hammer Time!” -King Peppy, ‘Trolls World Tour’

15. “You see, we love music with a hummable hook, with an upbeat melody, with a catchy rhythm that makes you want to snap your fingers, tap your toes, and wiggle your butt.” – King Peppy, ‘Trolls’

17. “How did singing kill your grandma? What song was she singing?” -Poppy “I was the one singing.”-Branch, ‘Trolls’

18. “Thank you for the demonstration. Really cleared up exactly what I will not be doing.” -Branch, ‘Trolls’.

20. “It’s okay. It’s okay, Poppy. You showed me what it was to be happy and I never would have known it if it wasn’t for you. And I love you for that.”- Bridget, ‘Trolls’

21. “With me in charge, I’ll serve you troll every day of the year. With me as queen, all of life will be a never-ending feast of happiness! come on, eat! eat!!!”- Chef, ‘Trolls’

23.  “My name is Branch and I am a troll. Why do I live in a heavily fortified survival bunker? Because right outside my door lurks a nightmare named… Poppy.”- Branch, ‘Trolls’

25. “I was so desperate to be a good queen that I stopped listening to anyone but myself.”-Poppy, ‘Trolls World Tour’

26. “That’s impossible…only eating a Troll can make you happy! Everyone knows that. I wish I’d never gone on that stupid date! [crying] Just go…get out of my room…leave me alone!”- Bridget, ‘Trolls’

28. “You love Gristle, too? You better back off, girlfriend.”- Bridget, ‘Trolls’

30. “Everybody, shake your hair and feel united.”- Princess Poppy, ‘Trolls’

33. “Just let everyone be what they want to be. Including you.” -King Thrash, ‘Trolls World Tour”

37. “A world where everyone looks the same and sounds the same, that’s not harmony.” – Poppy, ‘Trolls World Tour’

42. “What kind of total babe would be dressed like a scullery maid? I smell like gravy.” -Bridget, ‘Trolls’

44. “Pop music isn’t even real music! It’s bland! It’s repetitive! The lyrics are empty! Worst of all, it crawls into your head like an earworm!” – Barb

46. “Once upon a time in a happy forest, in the happiest tree lived the happiest creatures the world has ever known: The trolls.” -Poppy, ‘Trolls’

48. “Tune out his negative vibrations: they’re toxic. Some folks just don’t want to be happy.” -Creek

50. “Who knew world domination could be so much fun?” – Barb, ‘Trolls World Tour’

51. “So whether your song is sad and heartfelt, loud and defiant, or warm and funky, or even if you’re a little bit of each, it’s all these sounds, and all our differences that make the world a richer place. Because you can’t harmonize alone.” – Queen Poppy, ‘Trolls World Tour’

52. “Being the Queen is the most important thing in the world to me, other than being your friend.” –Poppy, ‘Trolls World Tour’

56. “Why wouldn’t I be? By this time tomorrow, I’ll be with all my friends. I wonder what they’re all doing right now.” -Poppy, ‘Trolls’

61. “The Bergens didn’t know how to sing, or dance, or even hug. They were the most miserable creatures in all the land, and once they saw how happy the trolls were they wanted some of that happiness for themselves.” -Poppy, ‘Trolls World Tour’

62. “Sweetie, I have already heard about this Queen Barb and her fancy world tour. Now, if you’ll excuse me, I gotta go wash what you call ‘music’ out of my ears…” -Delta Dawn, ‘Trolls World Tour’

63. “Denying our differences is denying the truth of who we are.” -King Quincy, ‘Trolls World Tour’

64. “Yeah, I really only have enough supplies down here to last me 10 years, 11 if I’m willing to store and drink my own sweat, which I am. You all said I was crazy, huh? Well, who’s crazy now? Me, crazy prepared!” -Branch, ‘Trolls’

66. “Here, right here, is where we will rebuild our civilization! It has everything we need: fresh air, clean water… and sweet acoustics!” -King Peppy, ‘Trolls’

67. “It’s why all our strings are different, because they reflect our different music.” -Queen Essence, ‘Trolls World Tour’

69. “But by the end of my world tour, we’re all gonna have the same vibe. We’re all gonna be one nation of Trolls, under rock.” -Queen Barb, ‘Trolls World Tour’

72. “Once a year, every year the Bergens would gather around the troll tree to taste happiness, on a holiday they called Trollstice.” -Poppy, ‘Trolls’

74. [at dinner disguised as Lady Glitter Sparkles] “I can’t believe I’m about to say this… but, being with you here today, makes me realize that true happiness is possible.” -Bridget, ‘Trolls’

76.  “You don’t know anything, Poppy, and I can’t wait to see the look on your face when you realize you realize the world isn’t all cupcakes and rainbows, cause it isn’t.” -Branch, ‘Trolls’

79. “You’re assuming the worst about someone you haven’t even met.”  -Poppy, ‘Trolls World Tour’

What do you think are the best Trolls movie quotes? Comment your favorites below!

Make sure to watch these Trolls movie quotes on Amazon prime or your preferred streaming service!

For more great movie quotes check out these articles: