Have you heard about the new movie, Admission? If you love a good laugh this is the movie for you.  It stars Tina Fey and Paul Rudd.  They are hilarious.  Add in Michael Sheen, Wallace Shawn, Gloria Reuben, Nat Wolff, Traveris Spears and Lily Tomlin and you have a comedic success.  Check out the trailer below.  Warning, it is hilarious! 🙂

ABOUT THE ADMISSION MOVIE

Tina Fey (Date Night, 30 Rock) and Paul Rudd (I Love You Man, Knocked Up) star in the Admission movie, the new film directed by Academy Award nominee Paul Weitz (About a Boy), about the surprising detours we encounter on the road to happiness. Straight-laced Princeton University admissions officer Portia Nathan (Fey) is caught off-guard when she makes a recruiting visit to an alternative high school overseen by her former college classmate, the free-wheeling John Pressman (Rudd). Pressman has surmised that Jeremiah (Nat Wolff), his gifted yet very unconventional student, might well be the son that Portia secretly gave up for adoption many years ago. Soon, Portia finds herself bending the rules for Jeremiah, putting at risk the life she thought she always wanted — but in the process finding her way to a surprising and exhilarating life and romance she never dreamed of having.

Written By: Karen Croner (“One True Thing”); Based on the novel by Jean Hanff Korelitz

Here are some photos from the film: 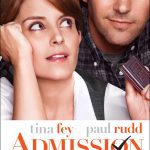 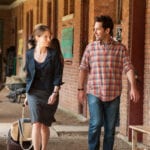 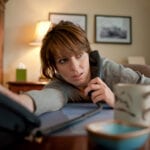 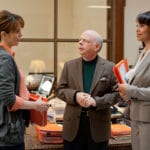 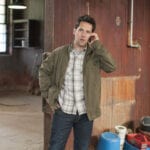 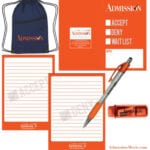 Want to connect with the film? All the information you need is below:

Now for the really fun part! To celebrate the release of Admission, One (1) lucky Sarah Scoop reader will win an Admission prize pack.

To enter, fill out the form below:

Paul Rudd is one of my favorite actors. He's great in almost everything.

Tina Fey is awesome and I love anything she's in. Thanks for the great review...

Love these two...can't wait to see it!