Andi Dorfman on Bachelor Controversy: “Where is the franchise in all of this?”

Former Bachelorette Andi Dorfman is speaking out on the recent controversy involving Chris Harrison and the Bachelor franchise.

She told Entertainment Tonight, “I don’t know how you let somebody like Rachel Lindsay get bullied off her own social media account without stepping in and saying things earlier.”

Dorfman explained, “I don’t know how you kind of hide behind all of that. [When] your cast and your contestants are the ones that are having to come together without you, where is the franchise in all of this?”

She continued, “You are seeing the cast and the contestants all come together on social media and support one another, but you are not seeing ABC, Bachelor or Bachelorette support anybody. I think they’re scared. I think the franchise is scared.”

“You’re seeing a lot of diverse cast [members], of course. Like, we’re seeing probably the most diverse cast we’ve ever seen this past season and everyone wants to see that to continue to grow,” she explained.

“But my question is, what’s happening internally? The people that are sitting around the table, making the big decisions, is there diversity there? Is there diversity in the casting department? In editing?”

Dorfman continued, “Instead of just kind of throwing it all to the contestants, I would love to see the diversity happen within the network, within the production, within the people that are making those decisions.”

“Honestly, I would love to have a sit-down with people who are high up, that work inside, that make the decisions,” she shared.

As a former Bachelorette lead she explained her experience, “To be honest, I feel like we’ve never gotten that opportunity. We come on a season and then we’re off, and it’s off to the next.”

“Yes, we get provided a platform to do things, but there’s never really been that open dialogue. I would love to challenge them, to be able to have that [opportunity],” Dorfman shared. 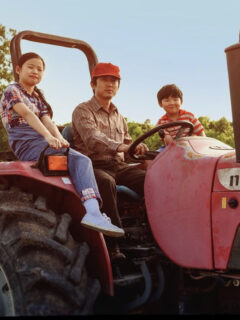