Bachelor Update: Are Matt James and Rachael Kirkconnell Back Together?

Buckle up, Bachelor Nation! The roller coaster relationship between Matt James and Rachael KirkConnell may not be over. After an emotional season of The Bachelor and an even more emotional reunion on After the Final Rose, fans thought this couple was over for good. However, that may not be the case!

Thanks to insight from Screen Rant and Reality Steve, here is the scoop on Matt James and Rachael Kirkconnell’s relationship!

Popular blogger Reality Steve shared his insight in a Tweet on April 6, 2021. Steve says, “It’s been a while but here’s some news: Matt and Rachael? Yeah, they’re not over.” Further explaining this shocking reunion, Reality Steve adds, “They’re currently in New York together. FYI.”

So, Bachelor fans, what does this mean? So far, Reality Steve may be an early reporter on a reunion between this Bachelor Nation couple. We will have to simply wait and see!

After the news of recent months, fans are growing more accustomed to shocking updates and roller coaster relationships, but a Matt and Rachael reunion will still surprise everyone!

Why Matt and Rachel Didn’t Work Out

Matt James’ season of The Bachelor is nothing short of dramatic. From filming during a pandemic to contestants fighting with each other, a lot went on in the house.

Matt went on lots of very cute dates with other contestants, but all the while his connection with Rachael grew. The couple even met each others families and while Matt did not propose during the finale, he chose Rachel saying that he loved her.

Even so, it is Rachael Kirkconnell’s life outside of Bachelor Nation that sparked controversy.

Past photos of Rachael attending an antebellum-themed party and accusations of racist behavior created lots of tension and arguing within Bachelor Nation. Even though Rachael wins Matt’s season, the two announced After the Final Rose that they were not together.

The Bachelor experience clearly was not easy for Matt James to deal with. After his season ended, he even deleted all of his Instagram photos.

So, now that the dust is settling from the latest season of The Bachelor, are Matt and Rachel looking to give love another chance? Do you think they may be able to work things out? 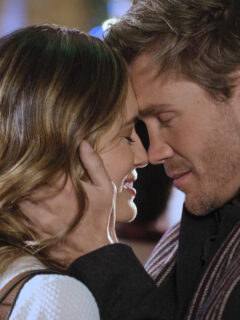 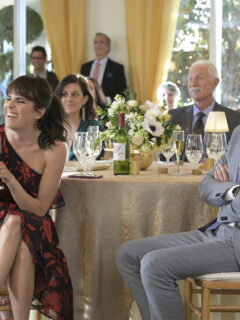