Bachelorette Host Tayshia Adams On The Trouble With Thomas

Katie Thurston’s journey as The Bachelorette is far from over, but there’s been so much drama already! From Cody and Aaron’s feud, to Karl’s lies, and now Katie telling Thomas to “get out” this season is wild. Now it is time to reflect on the drama. Bachelor Happy Hour podcast host Becca Kufrin and guest co-host Tayshia Adams discuss the drama surrounding Thomas!

Here is the scoop on what two former Bachelorettes think about Thomas!

The Bachelorette: Thomas Is Causing Trouble

To refresh, The Bachelorette’s Thomas is causing lots of drama in the house. On a group date, he told Katie that he did not join the show for the right reasons. But, after getting to know her, he genuinely developed feelings for her.

Later, the guys asked Thomas if he thought about becoming the next Bachelor and he said yes. No longer trusting Thomas, the guys feel Katie should know about his intentions, so Tre tells her.

Katie then talks to more of the guys and Thomas individually. She also feel she cannot trust him, so she calls his name at the rose ceremony, but she does not give him a rose. Instead Katie says, “Your Bachelor audition ends tonight, so get out” and she sends him home.

Reflecting on the Thomas situation, Becca Kufrin shares her thoughts. She says, “After each season, someone is going to become the next Bachelor and Bachelorette, people are going to become influencers.”

Becca clarifies, “I’m not saying it shouldn’t have been a topic of conversation” and adds, “It definitely should have been brought to Katie’s attention.”

Continuing, Becca says, “I have an issue with like, not only the amount of times that [the term] ‘manipulative’ was thrown around, but like, Thomas was called a ‘psycho’ and ‘cancer.'”

She explains “For me as a viewer, you are basically putting this man on a Ted Bundy level and calling him ‘cancer.'” Tayshia Adams chimes in saying, “I hate when people say that.”

Becca further explains, “Caner took my dad away from me. Like, cancer took people I loved away from me and so I have such a problem with men and women on this show spewing out certain words, and terms, and phrases that perpetuate the cycle of hate and drama.”

She ends by saying, “Should Thomas have maybe gone home? Yes. Did Katie handle things properly? Yes, but the conversation around it to me feels so disconnected for what actually took place.”

Continuing the conversation, The Bachelorette host Tayshia Adams shares her thoughts. She tells Becca, “I’m actually so happy you brought this up” and adds, “In the setting, I don’t think people think of the magnitude that those words hold and how it’s actually going to effect long term.”

She also adds, “I hate it when people just say words about people without thinking.”

Tayshia also shares insight from the host perspective. She shares that “The guys had very strong feelings about him [Thomas].” She explains, “Even at the Big Buckle Brawl, like Katie even noticed it then. All of the guys were on side and then there was Thomas, like nobody was actually associating or talking to him.”

Becca then reminds audiences of a heartwarming message. She says, “Please, to everyone listening remember we are all humans. We all make mistakes. No one is perfect, and you’re only seeing a very, very small sampling of what actually took place.”

Joking, Becca adds, “I think in the next seasons, let’s all get a nice little thesaurus, find some better words to describe people.” 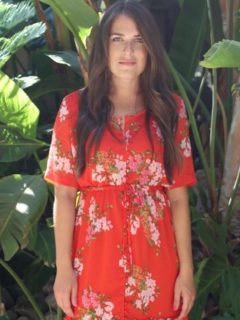 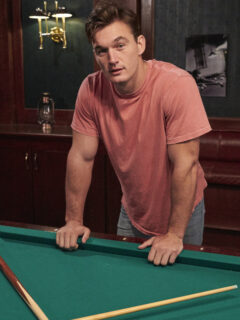