As I sit down to write my review of Barb & Star Go to Vista Del Mar, I find it difficult to come up with the words to describe it. It’s not the type of movie that one watches. No, it is so much more than that. It is an experience. And while that experience may result in hit and miss laughs, it is an experience, nonetheless.

Barb & Star Go to Vista Del Mar is the new comedy from writers Kristen Wiig & Annie Mumolo, who previously penned Bridesmaids. The film follows lifelong friends, Barb & Star, as they decide to take a trip to Florida. While there, they get caught up in an evil plan hatched by a mad scientist, Sharon Gordon Fisherman.

It’s truly shocking that it took this long for the two to cash in on their goodwill from their previous movie. When you see what they came up with though, it’s a little easier to understand. That’s not to say the movie is bad – it’s not! In fact, it is quite funny. It is weird though. Very, very weird.

For starters, Barb & Star are somehow both exaggerations and perfect representations of middle America. Everything about them, from the way they dress to the phrases they use, is quirky. Their voices strike a perfect cadence that I am so used to hearing in Missouri. One that reminds you of family get togethers and standing in line at amusement parks. It’s almost eerie how familiar they are.

It’s not just the characters that are quirky though. The movie itself is as well. It is all over the place, in the best way. Parts of it being exaggerated, though realistic, while others are downright absurd. Take the subplot, for example. The evil plan is to unleash mosquitos on the town of Vista Del Mar as revenge for a cruel prank many years ago.

In order to set the plan into motion, one of Sharon’s henchmen, Edgar (Jamie Dornan), has to travel to Vista Del Mar. While there, he catches the eye of Barb & Star. The three spend a night together, which leads to a competition between Barb & Star to win the heart of Edgar, not knowing his evil doings.

Without the added context of the movie, these storylines may seem kind of silly, though fairly normal for a movie. To fully grasp the oddities of the film, one must let it wash over them. The jokes are coming one after another. They are layered on top of each other to the point that it’s impossible to catch it all in one viewing.

Just on the surface, you have random song and dance numbers, talking crabs, and a cameo by America’s favorite “single mom who works too hard” as a mermaid. These are ridiculous inclusions by themselves and yet, they aren’t even the most insane things to happen throughout the runtime.

It is a credit to the cast that they are able to keep the jokes flowing, despite the absurdity. Wiig and Mumolo are fully committed to the eccentricities of the leading characters, which makes them all the more lovable. There is no denying that they are weird but they are unabashedly themselves. It’s easy to root for the two of them. Even when you find yourself questioning how someone could think the way that they do.

Beyond the leading women, Jamie Dornan is a true scene stealer throughout the film. Dornan plays completely against type here. He is well known as a romantic leading man in films like the Fifty Shades franchise. Here, he is like a puppy dog, hanging on Sharon’s every word. Constantly carrying out her plans, in hopes that she will return his affection. He is genuinely funny in the film and shows his range, both as an actor and, shockingly, as a singer, in one of the film’s many surprising scenes.

Should You Take the Trip to Vista Del Mar?

If you aren’t sold on this movie, think of something like MacGruber or Wet Hot American Summer. Barb & Star Go to Vista Del Mar shares a lot of the same DNA as those films. If you’re not on the same wavelength, it’s going to be a grating watch. If you enjoy the randomness of the jokes and the over the top nature of the plot, it’d be a wise decision for you to join Barb & Star in Vista Del Mar!

“News of the World” is Familiar, Yet Satisfying – Movie Review

“Hillbilly Elegy” Leaves A Lot to be Desired – Movie Review 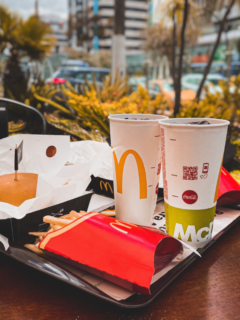 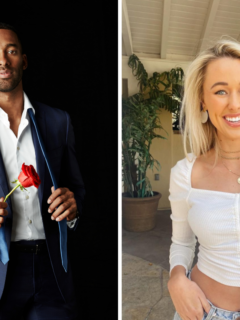 Next
The Bachelor's Heather Martin On Her Relationship Status With Matt James
Click here to cancel reply.