While at the #Incredibles2Event, the Production Designer for the film, Ralph Eggleston, and the Art Director, Ralph Eggleston, explained how they were able to bring the world of the Incredibles 2 to life. I was blown away by how much work goes into each second of the movie!

I learned so much about Municiberg, the hometown of the Parr family, what influenced the design of the city, and even the time period of the film (who knew the Incredibles takes place in the 60s?!).  Even though the sequel comes 14 years after the original film, it picks up almost immediately after the end of the first movie.

At the end of the first film, the Parr family home was destroyed in a giant explosion in their final battle scene. So at the beginning of this movie, the entire family is living in a cramped motel room and are a bit stir crazy. Luckily they don’t stay there for long and move into a new house designed by Edna Mode!

When designing the new house, Eggleston explained that the team wanted to create a home inspired by mid century modern design. He notes how sets are like characters and can take multiple tries to get the perfect design. The first draft of the Parr family home was 2,300 square feet and was similar to their old house. However, once it was apparent that Elastigirl’s new job could bring in the big bucks, the team decided to give the Parr family a more extravagant house and only had 2 ½ weeks to redesign the home.

I want to live here! The design team took a trip to Palm Springs to get some inspiration for the house and drew from the light color marbles and dark wood to create the full look. All of the textures used in the movie were built from scratch. This house even has water running throughout every room!

“It was fun to think like an architect and have fun that way, without having to worry about code or safety. We got to pretend we knew what we were doing. It had to look like it worked, it didn’t need to work.”, Eggleston joked. 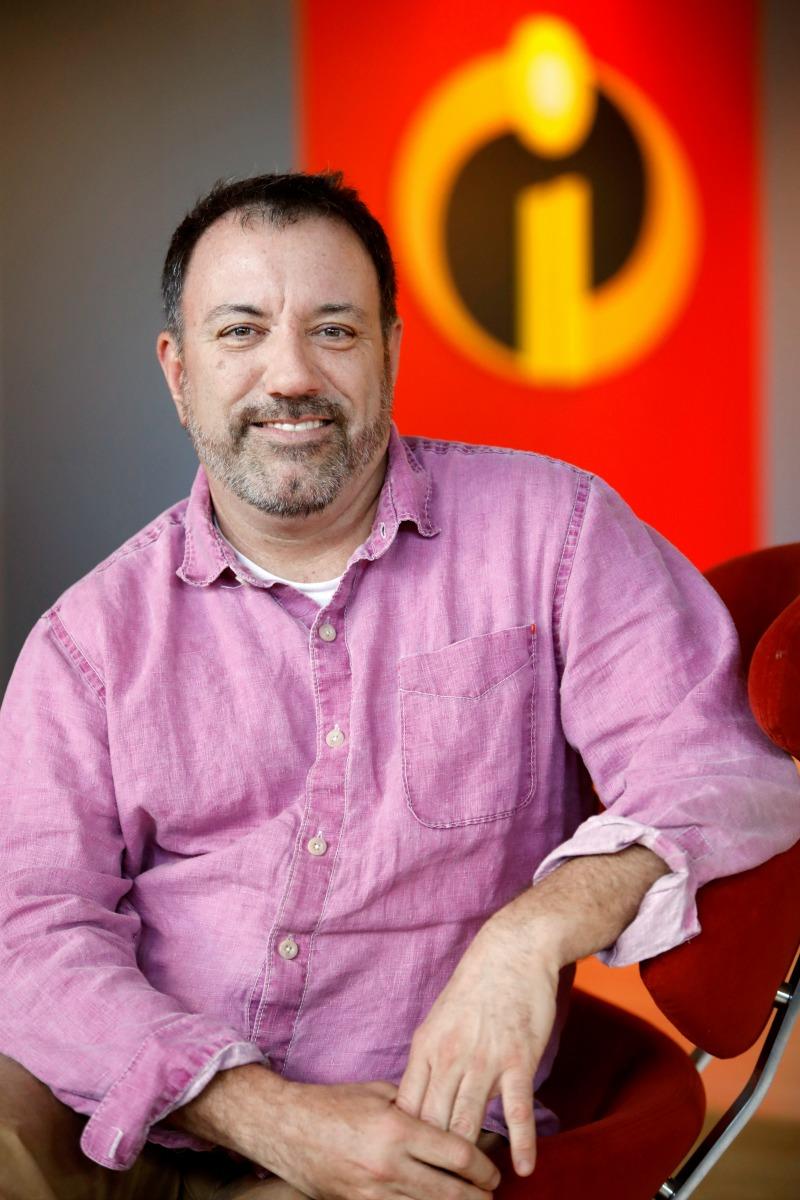 Anatomy of an Action Scene

Even simple scenes receive plenty of time and thought! In the dinner scene shown in the trailer (where Violet has to keep telling Dash to was his hands), every detail and texture had reasoning behind it! The creative team wanted the scene to be comfy enough for a family dinner, but also show the motel that the Parr family is living in before they move.

Since this is a sequel, building the city of Municiberg started in 2004 with the first film. The creators were able to build upon the maps and drawings from the first movie but this time around, they were able to infuse more mid century modern design into the set.

Every minuscule detail is purposeful. The set department even had a 3D model of Municiberg in the studio to plan every inch of the city. Even the cars, parking meters and trees were on it! The set department even has a group dedicated to designing the sky and weather in every scene! Every detail in the film is made by hand and requires the team to make each individual cushion, lamp, clock, leaf, and prop. Even a sink full of dirty dishes takes hours to create! This process takes thousands of people and countless time (now I understand why we had to wait 14 years for a sequel!!)

The Incredibles 2 is in theaters June 15th! (P.S. check out the pattern on Bob’s shirt- I spy Mike and Sully! Disney is so sneaky!)

Make sure to also get the scoop on “The Secrets Behind The Costumes in #Incredibles2″.