Posted on Published: May 31, 2021 Categories Entertainment, The Bachelor

Bennett Jordan Talks His “Tough” Departure From The Bachelorette

Bachelor Nation is eagerly awaiting the premier of Katie’s upcoming season of The Bachelorette. However, we cannot forget past seasons either! Tayshia Adams season of The Bachelorette was very unique in many ways. From COVID-19 precautions to drama among the contestants, this season has everything! One particular contestant who dealt with drama and heartbreak is Bennett Jordan.

Thanks to an Us Weekly exclusive, here is the scoop on what Bennett Jordan thinks about his time on The Bachelorette!

Bennett Jordan Talks Coming Back For A Second Chance

The Bachelorette fans will remember Bennett Jordan’s departure from Tayshia Adams’ season. During the season, tension builds between Bennett and fellow contestant Noah until Tayshia brings them both on a two-on-one date. At the end of the date, she sends Bennett home, but this is not the last we see of him.

Bennett Jordan returns to the show, surprising Tayshia, in an effort to win her back. He tells Tayshia that he is in love with her. She invites him to attend the next rose ceremony, but ultimately she sends him home anyway.

Reflecting on his short return to the season, he tells Us Weekly, “It was a really tough dance. That was a really heartfelt [moment], you know, and obviously, there’s moments that you weren’t privy to, right? For me, I couldn’t have done it much differently. I wanted to put myself out there and genuinely let her know how I was feeling.”

Bennett Jordan also shares how contestant Ben Smith had a similar experience with Tayshia. After being sent home, Ben returned to share his true feelings.

Jordan comments, “I think even another contestant continued to go on and then use this exact same phrase later, you know, ‘Sometimes you just don’t know what those feelings are on the magnitude and the depth of them until it’s too late, and that was certainly the case for me. And while it’s not a regret — things work out the way that they’re supposed to — had I been able to have a one-on-one date and really show my heartfelt side, I think things could have potentially been different.”

Bennett Reflects on The Bachelorette

During the season finale, Tayshia Adams got engaged to Zac Clark and the couple is still going strong! Bennett Jordan says, “She seems incredibly happy with Zac and I’m rooting for those guys.”

Jordan also adds that he’s, “so happy” for Clare Crawley, the original bachelorette of the season, and Dale Moss who left the show engaged to Clare.

Since leaving the show, Bennett has maintained strong bonds with his fellow contestants. He is close friends with Dale Moss, Dr. Joe Park, and Ed Waisbrot.

Reflecting on his time in Bachelor Nation, Bennett says, “It’s just a really unique experience, going in and sharing a journey and a show and everything like that. I think it’s really tough for people to understand unless you’ve actually been in those shoes. And then when you have you come out and you have this bond.”

He finishes his thought adding, “It is just a one-of-a-kind unbelievable experience that I think that certainly creates a bond for the future.”

More recently, Jordan has been flirting with Bachelor Nation’s Kelley Flanagan, and he even asked her ex-boyfriend Peter Weber’s permission. Do you think Bennett Jordan and Kelley Flanagan will get together?

Mondays are no fun without the right setup! Set the scene with adorable Bachelor themed products like candles, wine glasses, stickers, sweatshirts, and even a John Paul Jones mug! 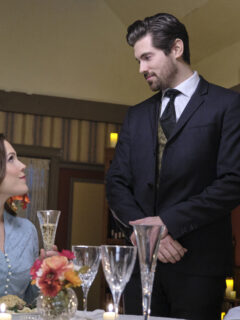 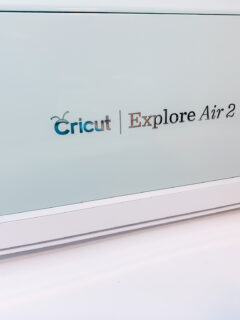