Netflix’s period-drama Bridgerton has something for everyone. From romance to betrayal and lots of beautiful gowns in between, this show draws fans of all kinds.

Fans of this smash-hit show are currently waiting for the second season. While so many viewers fell in love with Regé-Jean Page’s character Simon Basset in season 1, it appears that the actor will not be returning for season 2.

Thanks to an E! News exclusive, here is the scoop on what Bridgerton actress Adjoa Andoh has to say about Page’s departure from the show!

Season 1 of Bridgerton focuses on Daphne Bridgerton and her love story with Simon Basset. Unfortunately, the Duke of Hastings will not be returning for the next season.

Bridgerton actress Adjoa Andoh shares her insight about the situation. Andoh says, “We’re following the overriding framework of Julia Quinn’s beautiful novels. There are eight Bridgerton children: one down, seven to go. Season two it’s Anthony Bridgerton so there you are. That’s the arc of the show.”

So clearly season two will not focus on Simon and Daphne’s love story, but Page’s absence will still be noticed. Adjoa Andoh’s character Lady Danbury has a particularly close relationship with Simon Basset, and Andoh reflects on how close she and Regé-Jean Page are too.

Andoh shares that she and Page bonded over their similar music taste saying, “We both share a love of punk.”

She says, “We all love Regé and we’re all going to miss Regé but it’s not a huge surprise.” She also adds that she will miss “the way he loves to have a good argument [and] discuss and ruminate about things.”

Thankfully, she feels that Page’s departure from the show will not impact their relationship. She says, “He’s a lovely man and he’ll be my friend for life.”

While Regé-Jean Page may not be returning for another season of Bridgerton, Adjoa Andoh is excited to return. Reflecting on the shows’s success she says, “Obviously it’s Shonda Rhimes’ first gig with Netflix so we knew that was an amazing partnership. It’s sort of surreal because it all blew up as we were in lockdown. So it’s like, ‘Hurray!’ from my kitchen.”

Andoh is no stranger to Netflix success, though. She’s also worked with Henry Cavill on The Witcher, and says that working with Cavill, “is an absolute delight.”

So even with no Duke of Hastings in the upcoming season of Bridgerton, it seems that fans can still look forward to seeing Lady Danbury again!

While you’re waiting for season 2, it’s time to rewatch your favorite Bridgerton moments! Get some great Bridgerton products like an “I Burn For You” candle, mugs, stickers and greeting cards and put on your favorite t-shirt or sweatshirt and start watching! 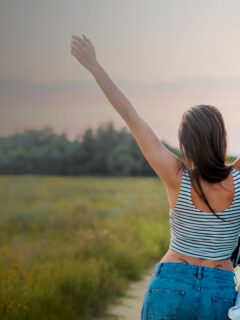 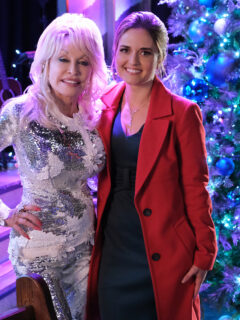 Next
50 Best Hallmark Movies Of All Time
Click here to cancel reply.