Chris Harrison “Not Expected” To Host Bachelor in Paradise

Bachelor Nation is going through some changes. On top of filming seasons during a pandemic, the upcoming seasons will not be presented by long-time host Chris Harrison.

During Matt James’ season of The Bachelor, photos of contestant Rachael Kirkconnell gained attention. The pictures in question sparked a lot of controversy surrounding the show due to their racially insensitive nature.

After defending Kirkconnell, Chris Harrison stepped down as host, so Katie Thurston’s upcoming season of The Bachelorette is being hosted by Tayshia Adams and Kaitlyn Bristowe.

Thanks to an E! News exclusive, here is the scoop on how Chris Harrison’s absence impacts Bachelor Nation!

Chris Harrison Is Missed on Set

When The Bachelorette fans tune in this summer to watch season 17, Chris Harrison will not be hosting. Katie Thurston’s season has wrapped filming with Tayshia Adams and Kaitlyn Bristowe as the hosts.

According to a source close to production, Chris Harrison’s absence does not go unnoticed on set. The source tells E! News that Harrison is “missed.”

Also, the source says, “the guys always go to him for advice and view him as a wise older guy and the ladies go to him as a father figure.” In the past, contestants will go to Chris Harrison for advice, but the source explains that contestants do not feel comfortable seeking advice from Tayshia and Kaitlyn in the same way.

A second source close to Bachelor Nation adds, “The guys didn’t feel like they could necessarily could vent [or] have therapy sessions with Tayshia or Kaitlyn. It’s easy with Chris because he knows the drill and the process.”

This source also says that filming this season has “a different vibe” than in seasons past. They clarify that, “It was a lot of female energy in one bubble and hard for Katie to have the full spotlight,” attributing this dynamic to Kaitlyn and Tayshia’s “extremely outgoing personalities.”

Will Chris Ever Be Back?

A third source close to production gives their input saying that while Chris is not necessarily missed, “the dynamic was different.” They also add, “It was a little hard to put all the focus on Katie when Kaitlyn and Tayshia were there. It wasn’t necessarily competitive but it was a really different vibe.”

Currently, it is still unknown if Chris Harrison will ever return to Bachelor Nation. The third source tells E! News, “Chris is not expected at Paradise. It’s not been mentioned at this point but everyone knows he wants to return.”

So while Harrison reportedly wants to return, it is unknown if fans will see him host again. Do you want to see Chris Harrison return to Bachelor Nation?

Get ready for Bachelor in Paradise with all the right products! Show off your love with stickers, coloring books, t-shirts, wine glasses, candles, a John Paul Jones mug and so much more!

Previous
Matt James And Rachael Kirkconnell Are Not Over 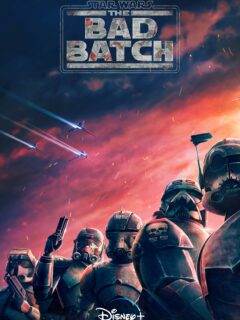 Next
The Scoop on “Star Wars: The Bad Batch”
Click here to cancel reply.

Please bring back Chris Harrison. If Matt could forgive Rachael K. who did far worse, the rest of us (and yes I am black) can forgive Chris for being tone deaf but not racist. I want him back as the show will never be the same without him. We miss him. Forgive and move on.