It is the end of an era for Bachelor Nation. Only a few hours after the premiere of the new season of The Bachelorette, it is official that long time host Chris Harrison will not be returning to The Bachelor franchise.

Thanks to a Deadline exclusive, here is the scoop on Chris Harrison leaving Bachelor Nation.

Chris Harrison is Leaving The Bachelor

Since 2002, Chris Harrison has been hosting The Bachelor and other spinoffs. Now, Chris will receive his final rose. According to Deadline, Harrison and ABC agreed on an eight-figure settlement.

Katie Thurston’s season of The Bachelorette premiered last night without Chris Harrison there to present. Instead, former bachelorettes Tayshia Adams and Kaitlyn Bristowe serve as co-hosts this season.

In even more recent news, Chris Harrison will also not return to host season 7 of Bachelor in Paradise. David Spade among other celebrities will take turns hosting the season.

With all of these changes, fans were eagerly awaiting news about whether or not Chris Harrison would come back, and now we have our answer.

Since the premiere of Matt James’ season of The Bachelor, a lot has changed in Bachelor Nation. During the season, contestant Rachael Kirkconnell faced allegations of racism due to insensitive photos gaining attention.

Former star of The Bachelorette Rachael Lindsay and Chris Harrison discussed the situation in an interview where Harrison reportedly defended Kirkconnell. Following backlash from fans, Harrison stepped down as host but he maintained an interest in returning.

Chris Harrison appeared on Good Morning America saying, “I plan to be back and I want to be back. And I think this franchise can be an important beacon of change.”

Later The Bachelorette star Katie Thurston told ET regarding Harrison that, “I support any growth that he is going through. I think he’s taken the time away, which is probably a good decision for him… I think whenever he feels like he’s ready [to return] then that’s a decision that he has to make with the franchise.”

However, Deadline reports that ABC and Harrison reached an agreement and that Harrison will not be coming back. The agreement was only reached after Harrison’s lawyer Bryan Freedman threatened to expose more of The Bachelor’s past lawsuits unless Chris Harrison was financially taken care of.

Since there is no official news from ABC or word of who will permanently fill Chris Harrison’s shoes, fans will have to wait and watch.

For more Bachelor Nation scoop check out these articles below: 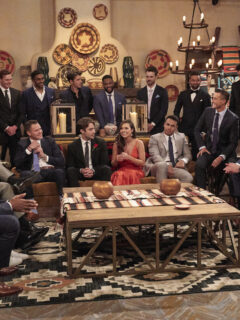 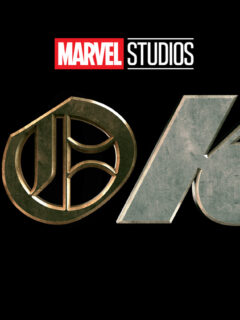