Skip to Content
Have you been keeping up with VH1’s Dating Naked? You should be! Be sure to check out this exclusive Q&A with contestant, Martha Robinson! She is a 24 year old biologist from Hindsville, Arkansas. She loves spending her free time at the gym, club or out by the beach. Martha also has her own YouTube channel where she shares her experiences with her viewers! 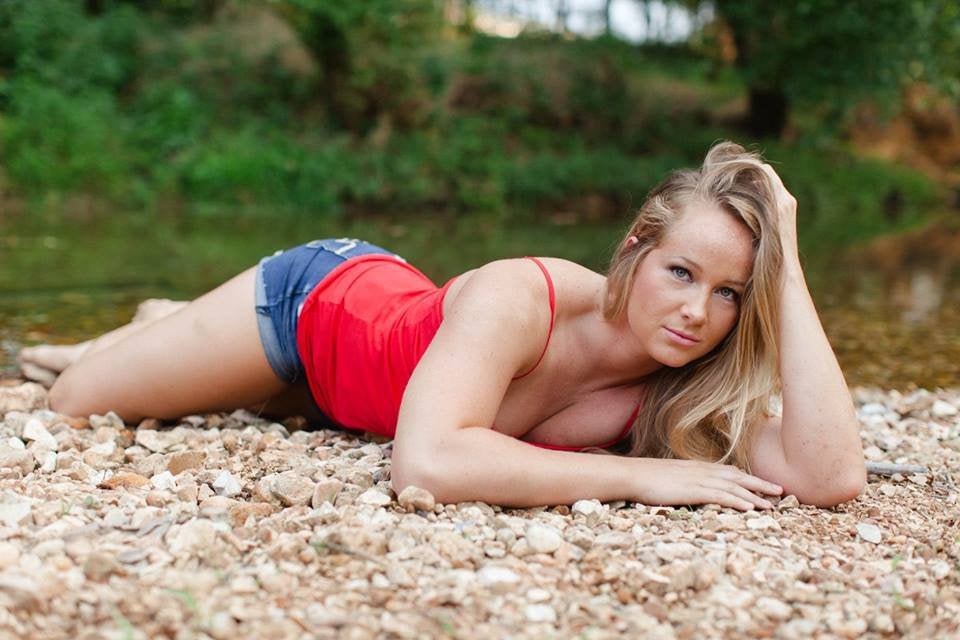 Where are you from?
Arkansas! Mostly. I was born in St. Augustine, Florida, but moved when I was 3 and grew up on a dilapidated farm in the country. I’ve also lived in Maine, South Carolina, North Carolina, and have recently made my way back to Florida for a job in sea turtle conservation!
Tell us about your family.
They are the best people I know. I have an older brother, a younger sister, and two AMAZINGLY loving parents. All of us are athletes: my mom was a swimmer and cheer-leader, dad was recruited to be trained as an Olympic high-jumper, Evan played football and basketball, Rose played volleyball and basketball, I was a high school tri-athlete in track, volleyball, and basketball, eventually earning scholarships to Furman University for 2 out of 3 of those. Both Rose and Evan played in college as well! We are all giants (my brother is 6’8” and somehow, at 6’1”, I’m the runt in the family).  My whole family is a bunch of goofs- incredibly caring and smart people, but goofs none-the-less. We grew up in the midst of pun wars, dancing on sudsy rags to mop the floor, attempting to grow gardens that mostly turned into weeds, and routine family viewings of “Dumb and Dumber”- my all time favorite movie (partially because of them, partially because I adore Jim Carrey…) I really can’t express how much I love all of them, and how lucky I am to have such wonderful parents. I only hope that one day all of my shenanigans will lead me to the success I imagine for myself so that I can give each one of them everything they deserve!
What hobbies did you have growing up?
Aside from sports, most of my hobbies included the outdoors. I was constantly hiking the woods next to our house, catching frogs and salamanders in the streams, and even bringing home snakes I had caught by hand just so I could scare my mom with them. I would collect feathers with my dad, and swim in the creeks every chance I could. I learned how to draw at a young age, and would often attempt a sketch of any wildlife I caught. Science and art were always my favorite subjects, and at age 11, I declared I would be a marine biologist. When I was 16, I decided I wanted to be on Animal Planet.
What was your favorite childhood memory?
I’m not sure if it’s one of my favorites because of how much fun I had, or because looking back now I realize how well my parents tricked us into cleaning the house. My mom had just bought a new CD by The Police, and we broke it in by placing one wet rag under each foot on the sudsy floor, and dancing around until the end of all the songs. All three of us kids went crazy, cruising over the wood floor my dad built, singing Roxanne, and completely clueless to the fact that we were doing house work.
What kind of music do you listen to?
This past year I have mostly listened to R&B and rap. G-Eazy’s “When It’s Dark Out” has been on repeat since it came out, and I’m wearing the hell out of my Ro James station on Pandora. I also listen to country and regular pop music- those are the best songs to parody!
What are your favorite shows/movies?
Movies: Dumb and Dumber, The Unsinkable Molly Brown, The Grinch, Bruce Almighty (literally anything with Jim Carrey), Grease, Avatar, The Rundown. Cartoons and comedies.
Shows: anything on Discovery or Animal Planet (Planet Earth is the kitty’s titties), The Office, Brooklyn 9-9, New Girl,
and DATING NAKED OF COURSE
Favorite food?
It is disturbing how little I discriminate against food. However, my dad’s pizza, my mom’s enchiladas, and carrot cake are definitely things I will never say no to.
What did you do after high school?
I moved from Arkansas to South Carolina a month after graduating. My first year of college I played basketball, so we had to attend summer school for training and class. I switched sports my sophomore year and became part of Furman’s volleyball team, earning a scholarship the year after I walked on. At Furman I studied biology; my first internship was at the Greenville Zoo, where I worked both as a zookeeper and teacher for kids who attended summer zoo camp. This was the summer I made my first YouTube video, “A Day in the Life of a Zookeeper- FU Style”. The next summer, I interned at Mote Marine Lab in sea turtle conservation, where I wrote my first parody. And I have been writing and producing YouTube videos since!