Dave Bautista stars as “Drax” in Guardians of the Galaxy Vol. 2 and was honestly one of my favorite characters from the film.  His interview only solidified my favoritism towards him.  He is hilarious, down to earth and just a genuinely nice guy.  He was so much fun to interview and made me realize these hollywood stars, well they are just like us.  Get to know Dave a little better and learn more about his role in Guardians of the Galaxy vol. 2 in this Q&A.

“You’re not going to like this answer. When I first read the script, I wasn’t crazy about it. This is my initial reaction, when I usually get a script I go over my dialogue first. So, I read over my dialogue and for one, I was expecting them to go a different direction with Drax. I thought he was gonna be more of the destroyer. I thought he was gonna be a more comic book Drax and then I realized they were going–they were digging more into the funny bits. And I don’t find myself funny at all, so when I was reading these lines I was like they’re not funny. And–just didn’t really get ‘em and I read the script, and I thought, wow, this is really a great script. It’s deep. It’s emotional, but I still was a little bit disappointed about my part. And then the first day we did our table read, I realized it was hysterical. And then I just started–I just had a completely different outlook on it as a whole.”

“Not really, but someone said something to me the other day that kinda resonated a little bit, and I never really put any thought into it. He was making the comparison, and I said there’s no comparison. I said wrestling is so big and so broad and such a big, you know, improvisational physical performance, and acting is so intimate. He goes, yeah, but Drax is so big. He’s so larger than life. And I never really thought about it, but it really is. So, maybe subconsciously it does help a little bit, ’cause Drax is definitely not who I am. He’s big and boisterous and a little bit egotistical and proud.  I’m just, I’m not that. I’m just much more just self-conscious and understated. Maybe I just never really thought much about it and I never put it in that perspective. Maybe it does have something to do with it, especially when Drax starts laughing. It’s just so big and ridiculous.”

“No, not if I can have input on it, I would say no, because it’s the root of who Drax is. Drax lives for his heartbreak. He’s just too heartbreaking. I don’t think he’ll ever have a romantic connection with anyone.”

“Not really pranks. There’s no really prankster. Rooker’s a bit of a prankster–but, you know, not so much where he would do something to just irritate somebody or have a laugh at somebody’s expense. But a lot of laughs. I think you guys have all interviewed Chris, and he just loves making people laugh. You know, and I think sometimes he’s just hysterical not even trying. I mean a lot of great chemistry. And we also got really close in the first film. We’ve spent so much time together on press tours and whatnot. Now we’ve actually done like three films together as the Guardians. We’ve done, you know, Guardians 1 and 2 and gone to the Avengers. So, we’ve spent a lot of time together.

The cool thing about that I think had a lot to do with Sara Finn casting and James as we were all cast, because we had a great chemistry. It just kinda naturally happened. We don’t just overthink it. That was a huge luxury coming into the second one. I felt comfortable with everybody. It didn’t have to feel self-conscious, ’cause they knew I was a little awkward and they kinda accept that about me. They don’t judge me for it and I know they’re not going to. Sometimes I still get inside my head and self-conscious about it. But I know at the end of the day, they know–even Zoë knows that I have ADD and I zone off quite a bit. Sometimes I’ll zone off and I can hear Zoë going, ‘David. David, where are you?’ And she’s like really sweet about it and she just kinda accepts it at the end.”

“It’s a lifestyle thing for me. It’s a commitment thing. You know, it’s so weird, man. I think people expect me to have a certain personality because of the way I look, and I always tell people I look the way I do because of the personality that I have. Because the only place I ever felt comfortable was working out. Like I just felt like I was a fish put back in water. I felt like I could just do this on my own. It just made me feel good. It made me feel more confident, and that’s why I look the way I do. It’s just because all my self-consciousness on the inside, not because I had this personality where I feel like I have to be the biggest guy in the room. It’s just something I do. It’s a life commitment for me.

On days that I’m in makeup, I just can’t work out. I watch what I eat and I, instead of being driven from here to there, which is sometimes ridiculous–sometimes you’re being driven across the street. I’ll just walk off the set and I’ll just run from here to there or jog or whatever, a lot of pushups in my trailer or free squats on set when we’re standing there just to keep my blood flowing. So, just like little things like that. Just being conscious and aware of it but also having that thing that internally which says that working out just makes me feel better. You know, it just makes me get through the day easier.”

THOUGHTS AFTER SEEING THE MOVIE

“Okay, well, let me talk about the whole film first. I think it’s beautiful. I think it’s better than the first film. It’s weird. It’s one of the things I feel like the more and more we get into film, the more I am sucked into it and there’s certain beats I just I just sniffle up– and I just get so emotionally invested in this film. I felt that the first one I thought was fun and exciting and some parts were very emotional, but not like this one. I felt like I was just totally absorbed in this film. As far as watching me on film, I just cringe. I just don’t like watching myself on film. It’s just uncomfortable. And last night at the premiere I just–every time I was on the screen and I knew I was gonna say something I just kinda put my head down and just try to get through it. I just don’t like it. I’m just uncomfortable with it.”

DETAILS ABOUT GUARDIANS OF THE GALAXY CAST AND AVENGERS

“I would love the spill the beans and–no, I can tell you that we’re in the Avengers. I can tell you this: We’re in the Avengers. But here was my fear going into the Avengers was that they were gonna try to make us into characters that we weren’t, they were gonna take their version of the Guardians and try to go with that and not let us be James Gunn’s Guardians. And it was completely opposite. For one, we had the luxury of James did a lot of the writing for us. And also when we showed up the, Russo brothers were just so encouraging of us being our characters. And a lot of times ’cause this–we have a certain way of doing things. I mean we’ve done two films. You have the two Guardians films. We just bounce off each other. Chris hardly ever says anything that’s actually on page.  You know, he says it a bunch of different times and a bunch of different ways.

So, that’s just the way we do things. We bounce and we’re very flexible. And they were just very encouraging of just letting us do things our way. Not only that but they really liked it. Like they really appreciate it. A lot of times we would say something that wasn’t even on page, wasn’t even close to what was on page and they’d come running on, what was that you said on the last take? And we’d say it again. They’d say, yeah, do that again. Yeah, and they  just kinda let us be ourselves, man.  It was great.”

“I go home to Tampa and I hide. I do. I live in a regular neighborhood. Like where I’m at is very close to MacDill Air Force Base, and I’m surrounded by all military families. It’s just kind of a normal neighborhood. And my wife just really–she shies away from the spotlight. She doesn’t like it. So, it’s just like real life and I like being there. I’m very content there, ’cause like all this attention and the spotlight very uncomfortable for me. And I tell people like that– because nobody really gets it, man, when we’re walking like down the red carpet and they’re saying, oh, this is great.

I’m like for me it’s not. It’s like, I enjoy it. I don’t hate it, but it’s just–at the same time it’s just overwhelming for me. I think a lot of people have a hard time relating why that would be overwhelming, especially when they look at what I’ve done for a living, with wrestling and everything being out there in the spotlight. I did it, because I love it. I was passionate about it. That doesn’t mean I was always like super comfortable. I did it because I wanted to step outside of my comfort zone and pursue my dreams, which is terrifying.” 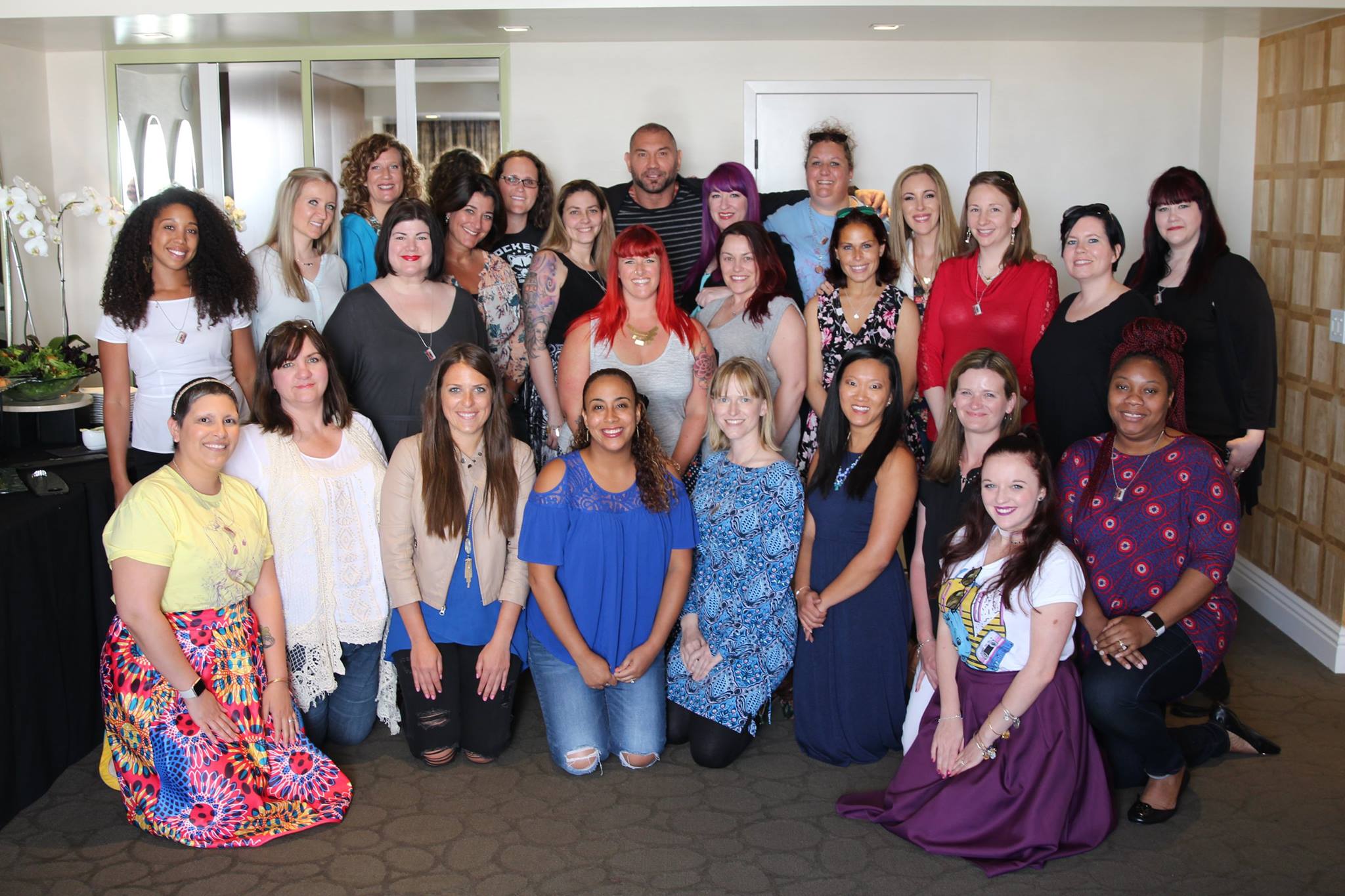 Dave Bautista was such a joy to interview and I’m happy to tell you he really is just as great in real life as his character Drax.  Make sure to catch him in Guardians of the Galaxy Vol. 2 and to check out my GOTG2 movie review for even more scoop. 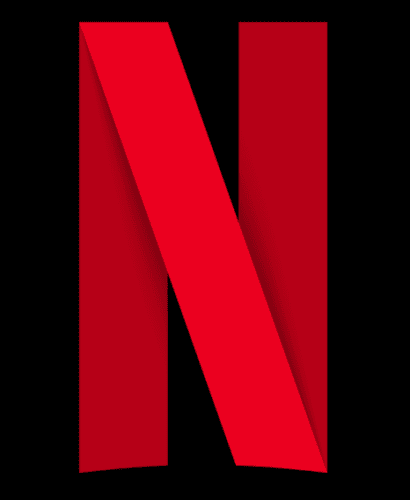 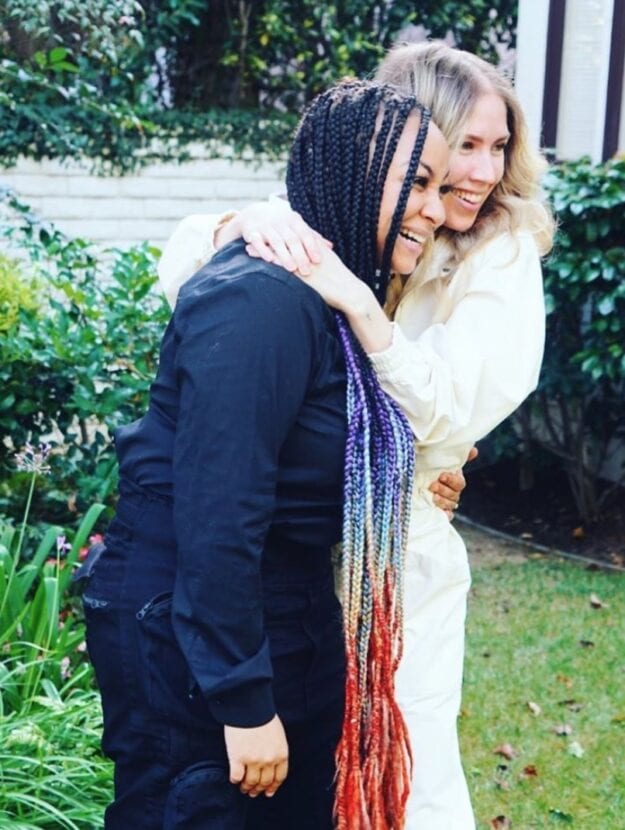 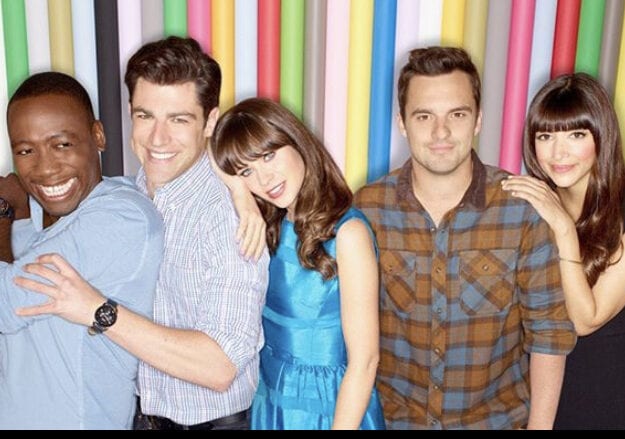