After watching an advanced screening of Ant-Man and the Wasp, I was more than ready to sit down and interview Evangeline Lilly. Her character, Hope van Dyne, was so powerful, amazing and of course, my favorite in the movie. Here’s what she had to say about female empowerment, working with her co-stars and the movie as a whole: 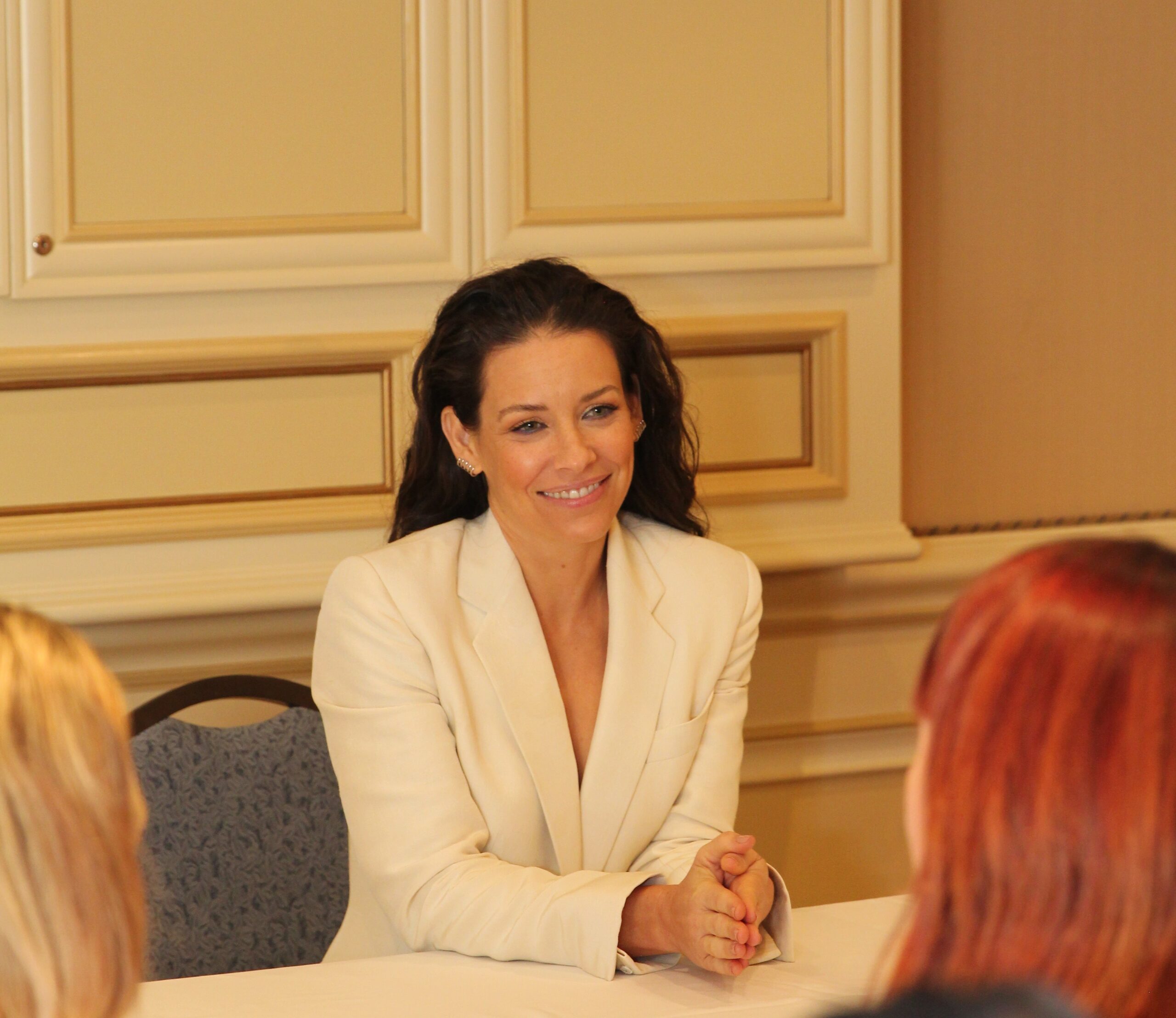 Lilly expressed that it felt amazing to be a superhero. She revealed that when she was younger, she and her sister would pretend to be Spiderman or Batman because there wasn’t a lot of female superheroes to choose from.

“I had a moment recently where my seven year old son was pretending to be the Wasp. I still get goosebumps when I tell that story. That’s a cultural shift and a big deal. For a little boy to pretend to be a female superhero, this is no small thing.”- Lilly

Lilly also mentioned that she believes this is all going to turn into something bigger. “Sometimes I think we’re making a mountain out of a hill, cause there have been female superheroes in the MCU the whole time and their amazing and strong and kickass and all those things, but I think this moment in our culture with Me Too and Time’s Up, is saying we know, we know we made some progress and that’s great, but we’re still not equal,” Lilly said. “And that’s clear by the fact that you’ve made 20 movies and never had a female in the title. This is a big moment, this is a big deal and I don’t want to downplay it, I want to celebrate it and be excited about it.”

Lilly revealed that she actually spent way less time worrying about getting her body “rock hard” and developing visual muscles than to the time she spent in front of a mirror with her stunt devils making sure that they didn’t just “take a dude and put him in a woman’s body.”

“I didn’t want to send the message that in order to be powerful and strong and capable and tough you have to be masculine and macho and a dude. I wanted to show that we are strong because of our femininity, not in spite of it.” -Lilly

She professed that one of her favorite fight scenes was in the van because it examines how a woman could have an advantage over a man physically because she is a woman and didn’t learn to move like a man. “I wanted to show that when she was fighting by incorporating grace and elegance and femininity into the fight and I feel like in the van it’s ballet,” she said. “No dude could do that. Men can’t move that way. They don’t have the flexibility, agility or petiteness to come out a back window and in a front window.” 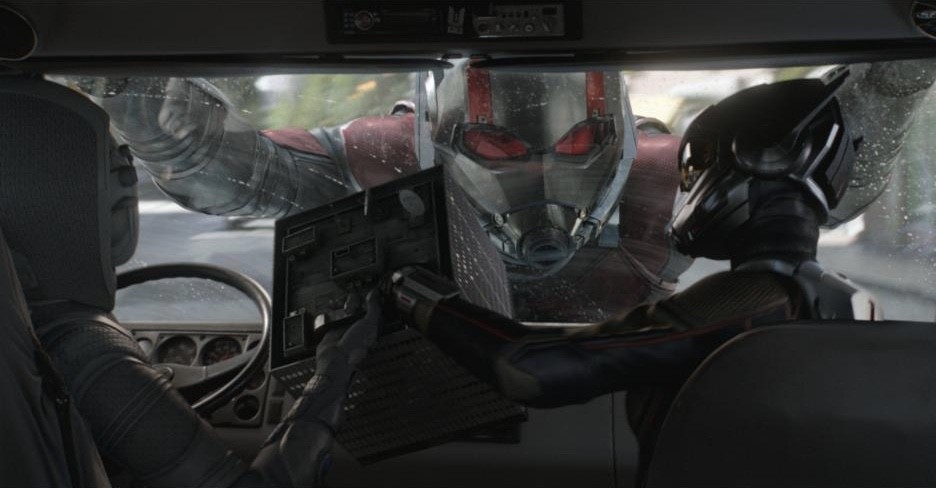 There are some big names in this film and Lilly confessed it was amazing and inspiring working with the cast. Lilly has looked up to Michelle Pfeiffer (Janet van Dyne) ever since she saw her as Catwoman, so working with her was a dream come true. “She’s nice, she’s generous, she’s smart, she’s funny, she’s intelligent, she’s considerate, she’s talented and of course the hottest 60-something you’re ever going to meet,” she said. “So playing her daughter was an incredible honor and every day I had to just bite my tongue because I just wanted to be like can you be my mentor?” When Lilly read the script for the second film and saw she would have an enormous amount of work with Michael Douglas (Dr. Hank Pym), she couldn’t have been more excited. “He’s such a charismatic, present, powerful human being that when he starts to perform, he just changes the molecules of the room,” Lilly said. “You’re suddenly just transported to the place you’re pretending to be.”

Special Thanks to Paul Rudd

Obviously, Rudd is an amazing actor and Lilly loved working with him, but Lilly confessed that if it wasn’t for Paul Rudd being cast as Ant-Man, she might not have been the Wasp. When Lilly’s agent came to her with the role of the Wasp, Lilly turned it down, until her agent mentioned that Paul Rudd would be the lead. “Paul Rudd is gonna be a superhero? I’m in. Whatever they’re doing is ridiculous and I love it,” Lilly said. “And it wasn’t as simple as that, but it definitely was the thing that had me like ok I gotta go see what Marvel is doing and I started watching Marvel movies and read the script and I got engaged because I was a huge Paul Rudd fan.”

A Message To Herself

Lilly revealed that becoming an actress was kind of an accident. It all started when she hit puberty and went from the nerdy, overachieving girl to a stunning new woman.

Lilly explained that she spent the next 5 years dumbing herself down and pretending to be the wallflower she wasn’t. She turned down opportunities and feared being defined as just “a pretty face” until one day someone said to her “I think you’re afraid of your own greatness.” 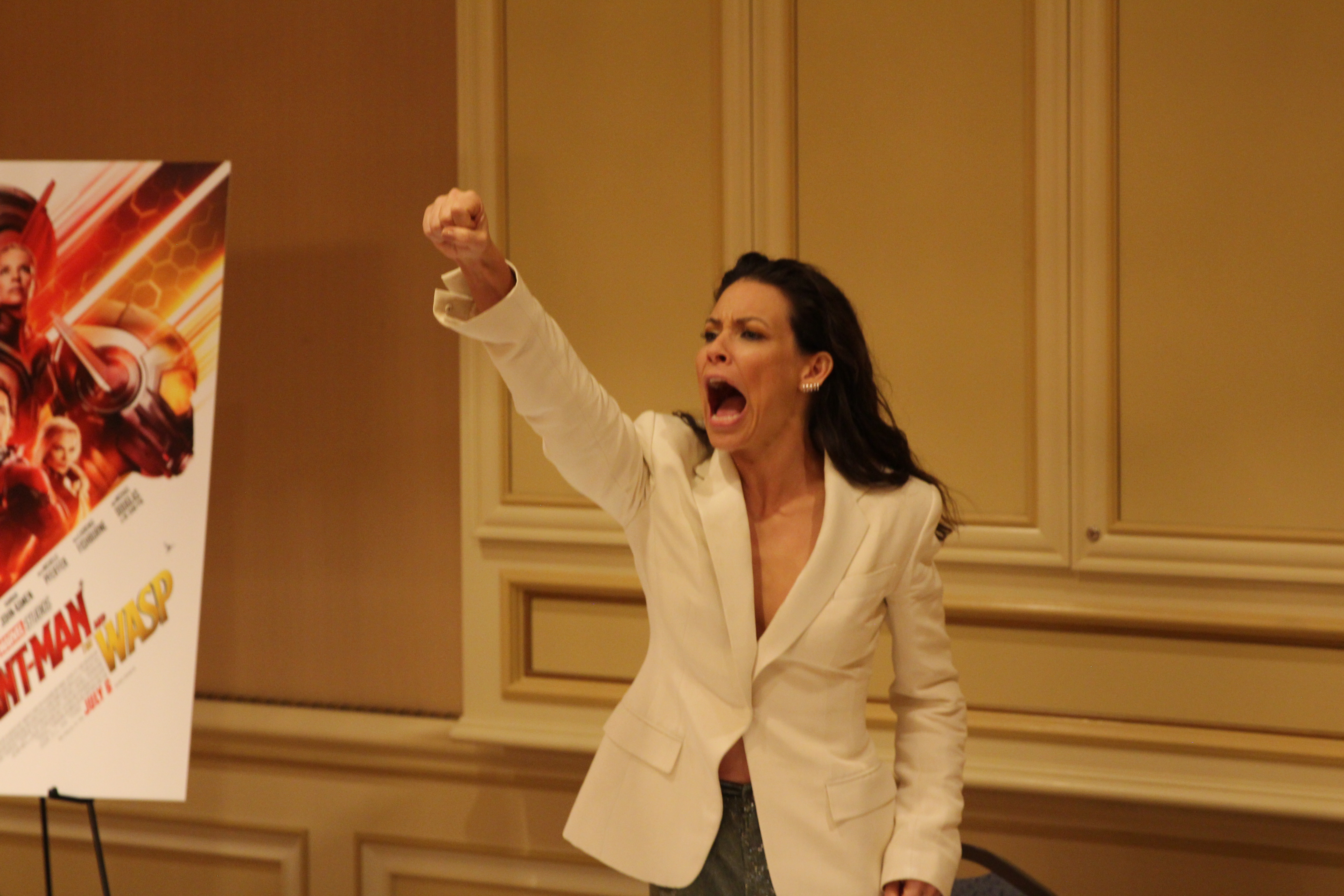 “And when I did I realized how much I’d been hiding and how much I’d been trying not to shine,  I decided I would start just letting my light shine and being unevached about who i was in the world. One of the ways I thought I could do that,was taking up an agent on their desire to put me in auditions. I wanted to just exercise my brightness. I just wanted to be bold and bright.” – Lilly

Lilly has been acting since 2004 and she still has to remind herself that it’s ok to be herself.

“I came to terms with that one word that was spoken into my life of I think you’re afraid of this one thing inside you that feels big. And I’m still always trying to tell myself it’s ok to be big, it’s ok you can go ahead and be big.” -Lilly 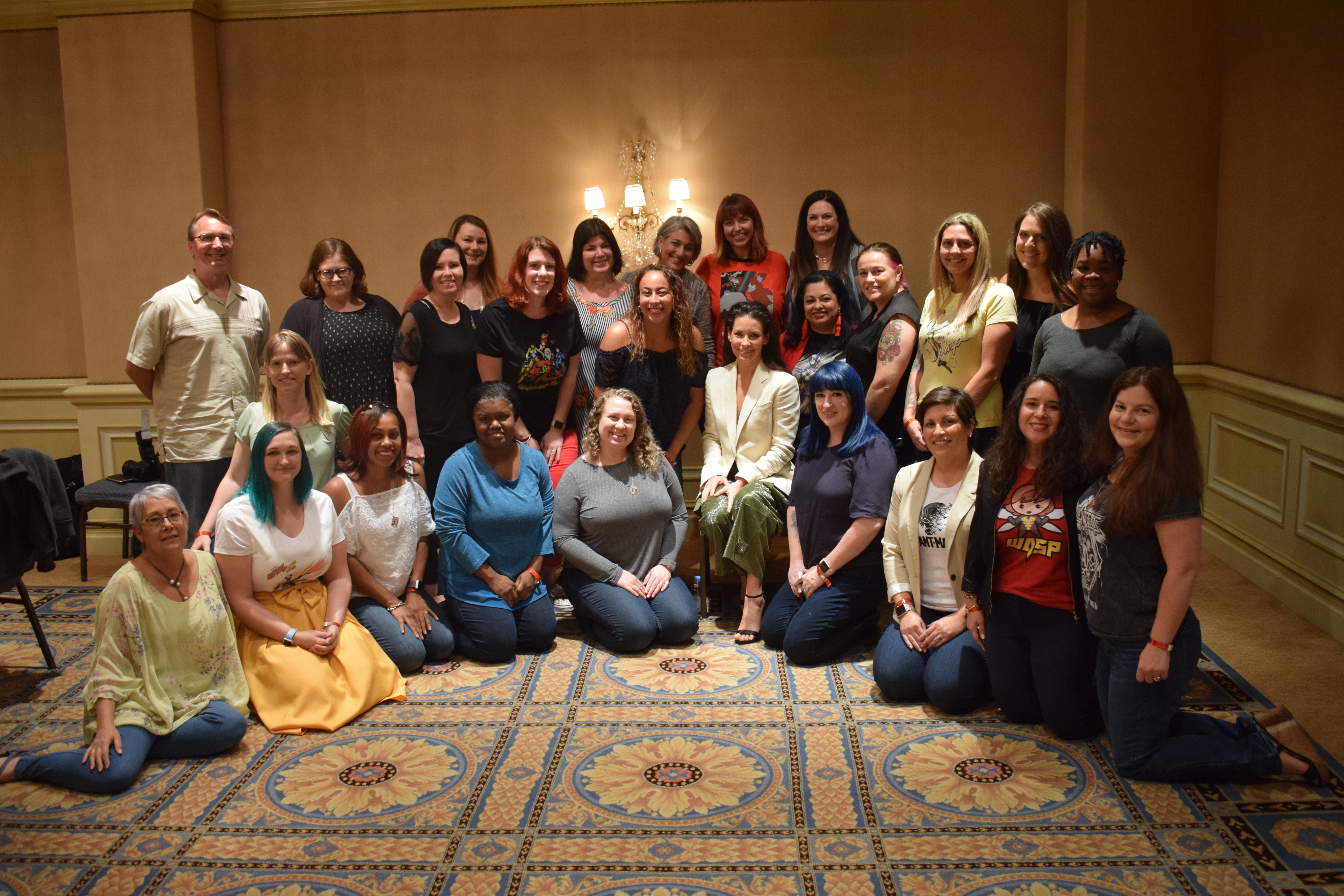 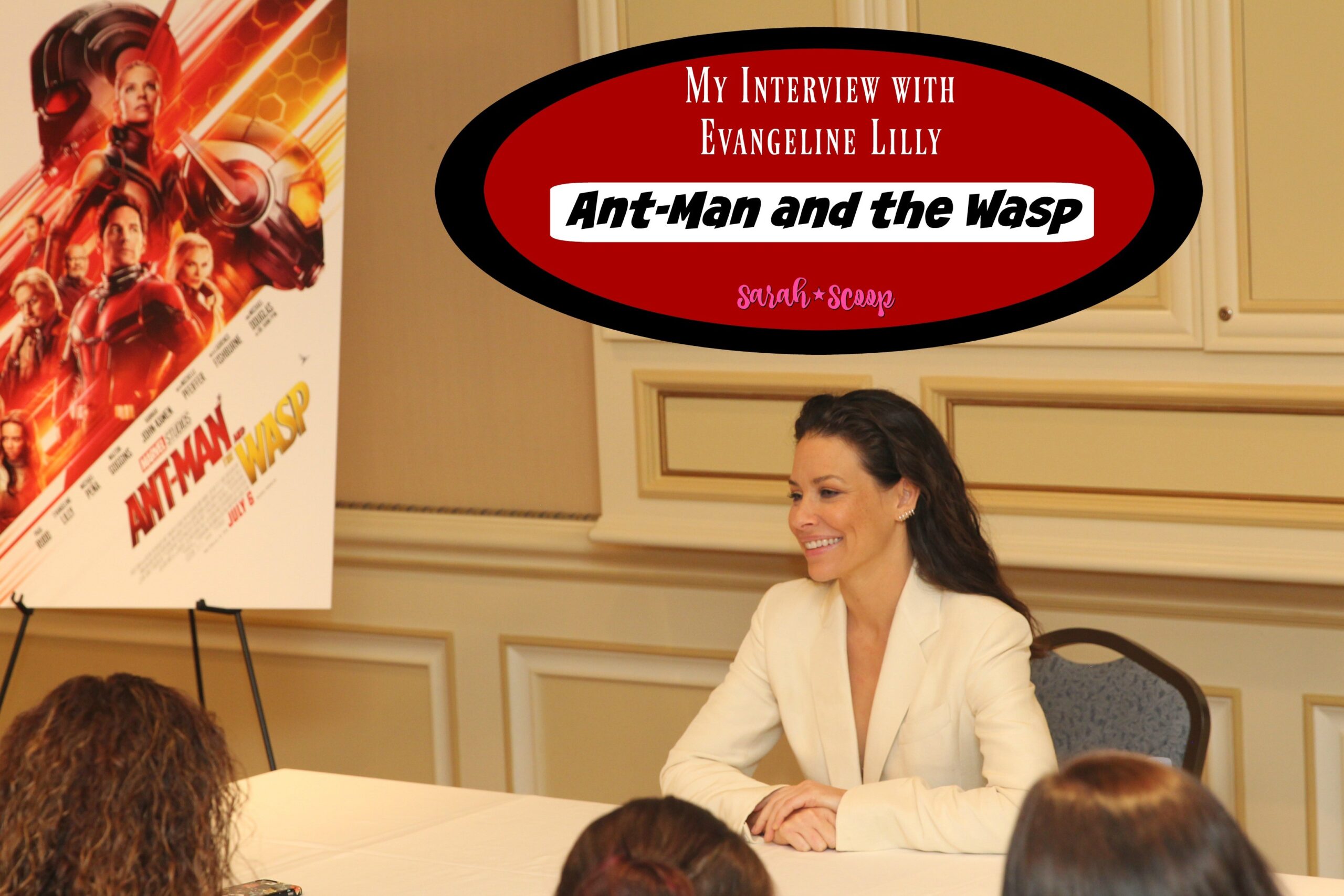 Check out my previous On-Set Interview with Evangeline Hope!