There is nothing like getting a dance lesson with professional dancers to remind you that you have no rhythm, but it sure was fun trying!! Last week, while I was in LA I had the chance to meet the “Dancing with the Stars” Troupe members Brittany Cherry, Britt Stewart, Alan Bersten, Hayley Erbert, Brandon Stewart and their newest member Artur Adamski. 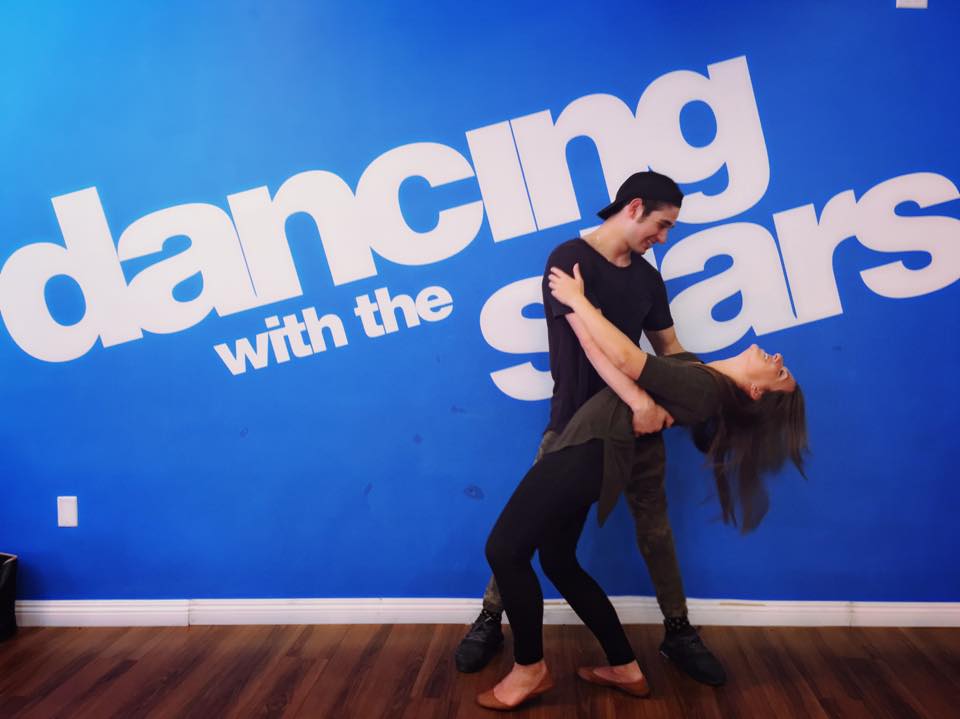 It was so much fun and wow did I realize that those weekly dances are hard work.  I worked on a 15 second or so routine and could barely keep up with that.  I heard that they performers we see on television actually practice for 8-9 hours a day.  Maybe I would get better with that kind of practice. 😉  I know you want to see some arguably good dance moves so check out my teams attempt at this routine.  Britt was the dancer in charge of my group and trust me this girl knows how to move!

We had so much fun learning dance moves and getting the scoop on how much work goes into “Dancing With the Stars”.

Now, here’s the scoop on the official show.

THE EIGHT REMAINING COUPLES DANCE TO SOME OF THE MOST ICONIC SONGS FROM FAMOUS BOY BANDS AND GIRL GROUPS THROUGHOUT MUSICAL HISTORY, ON ‘DANCING WITH THE STARS,’ MONDAY, APRIL 24

“Episode 2406” – The eight remaining celebrities will dance to songs from some of the most popular boy bands and girl groups throughout history, and the men and women will also compete against each other in team dances, on “Dancing with the Stars,” live, MONDAY, APRIL 24 (8:00-10:01 p.m. EDT), on The ABC Television Network. Backstreet Boys’ Nick Carter joins Len Goodman, Bruno Tonioli, Carrie Ann Inaba and Julianne Hough as a guest judge.

Some of the iconic boy bands and girl groups, whose songs will be danced to, include Simone and Sasha performing a samba to Destiny’s Child, Bonner and Sharna dancing a rumba to Backstreet Boys, Nick and Peta jiving to The Beach Boys, Normani and Val dancing a salsa to The Pussycat Dolls, and David and Lindsay performing an Argentine tango to *NSYNC, among others. Also, after being injured, Maks makes his return to the ballroom floor, where he and Heather will perform a rumba to TLC.

To add some spice to the competition, it’s Team Dances with men vs. women:

TEAM BOY BAND
Bonner Bolton, Nick Viall, David Ross and Rashad Jennings will dance to a medley of “Dancing Machine” by Jackson 5, “You Got It (The Right Stuff)” by New Kids on the Block and “Best Song Ever” by One Direction.

TEAM GIRL GROUP
Simone Biles, Nancy Kerrigan, Normani Kordei and Heather Morris will dance to a medley of “My Boyfriend’s Back” by The Chiffons, “No Scrubs” by TLC and “BO$$” by Fifth Harmony.

At the end of the night, based on scores and votes from last Monday, one couple will be eliminated.

Each Couple Will Dance to the Following Songs (in alphabetical order): 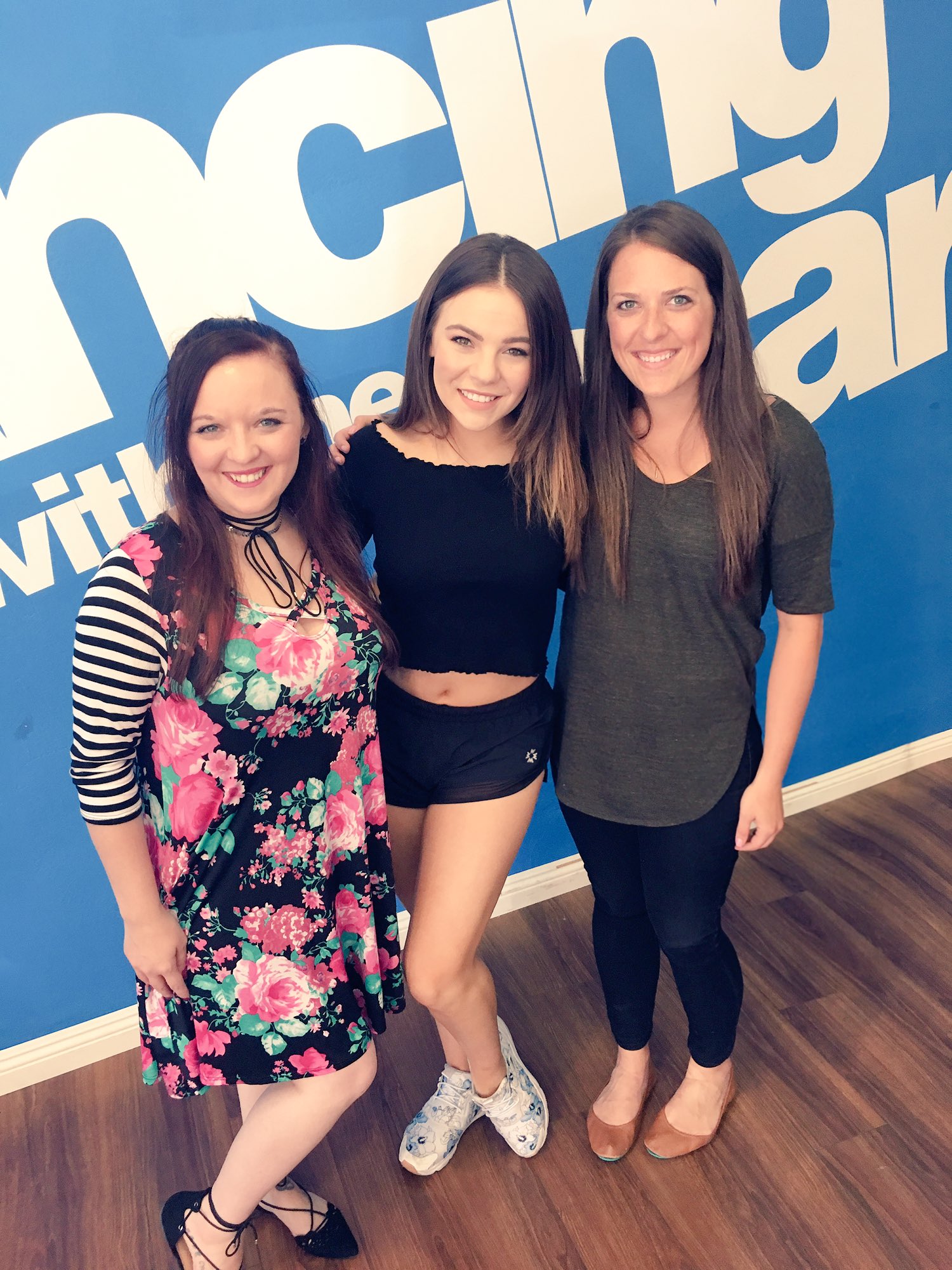 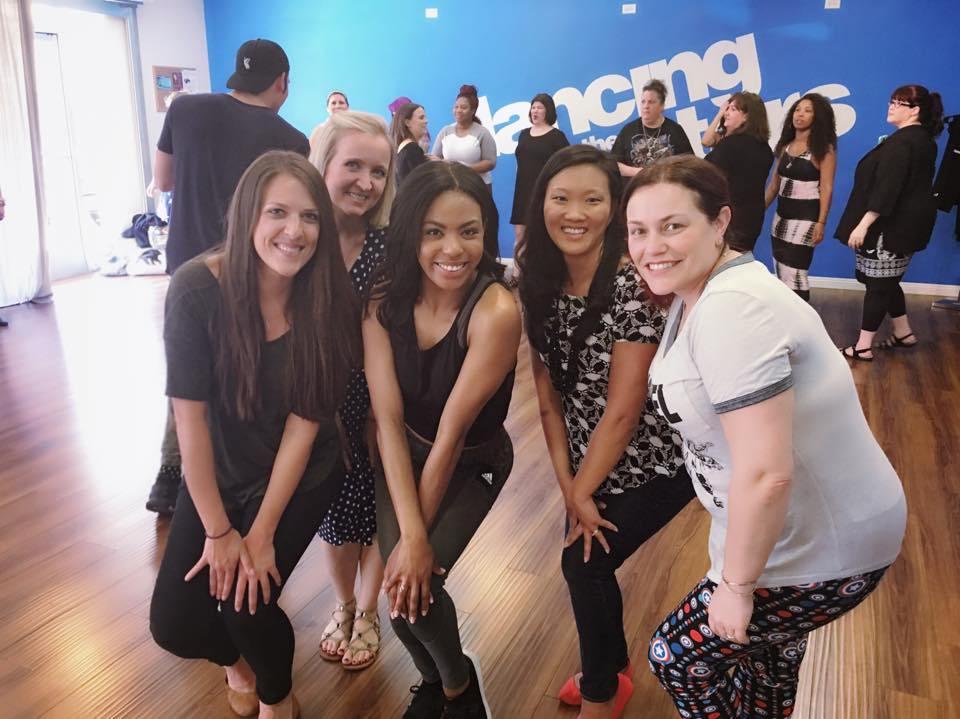 Overall, the best take away I have is to make sure you are having fun…when you dance, with life…whatever comes your way don’t be afraid to just try it. Sometimes you have to go a little out of your comfort zone and you’ll end up learning you might be able to do something you never thought you could…or in my case, when it comes to dancing you might realize a little more practice before you hit the dance floor could is also a good idea. 😉 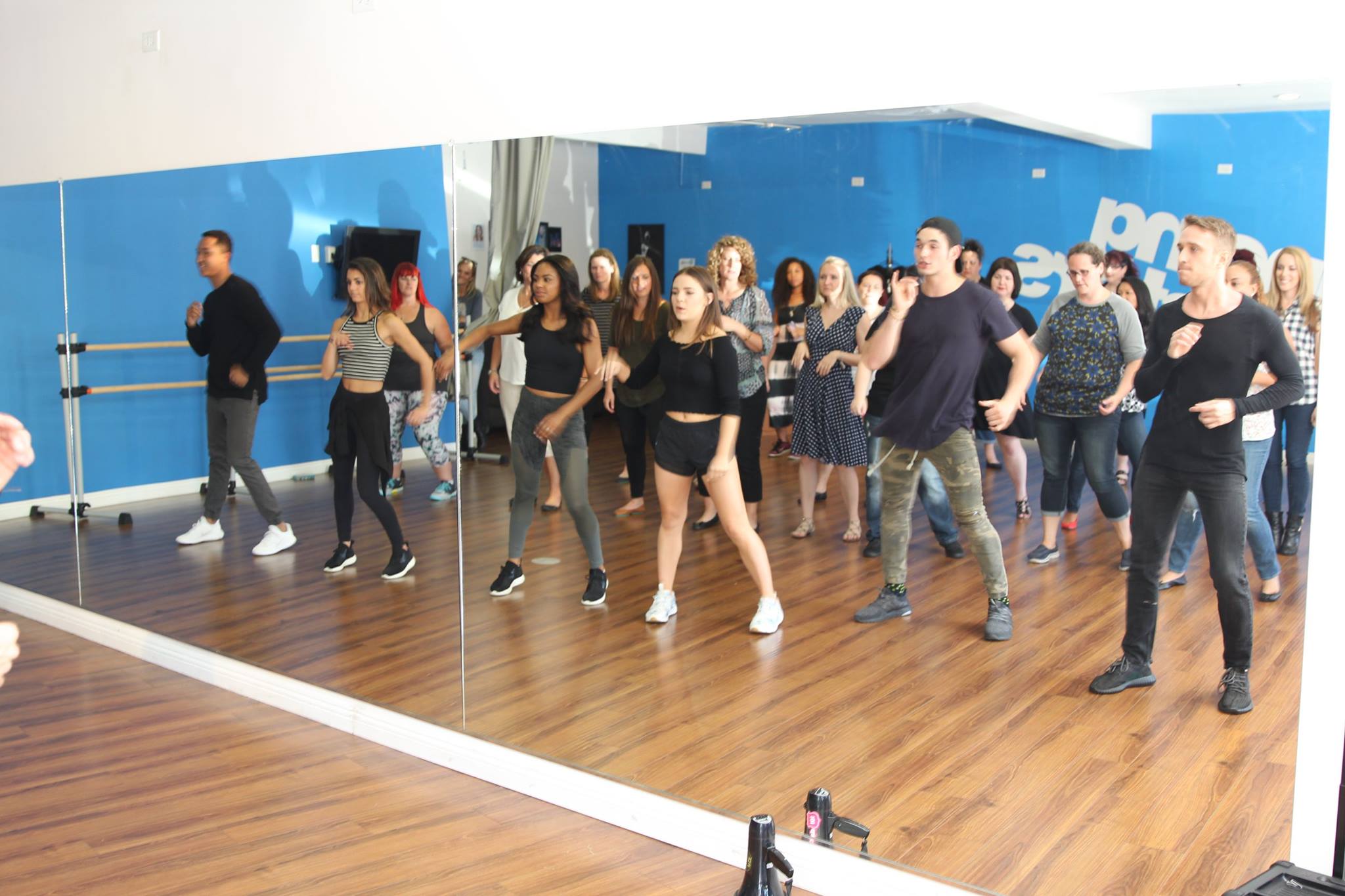 Hosted by two-time Emmy-winning host Tom Bergeron and Erin Andrews, “Dancing with the Stars” is the hit series in which celebrities perform choreographed dance routines that are judged by a panel of renowned ballroom experts, including head judge, Len Goodman, dancers/choreographers Bruno Tonioli, Carrie Ann Inaba and Julianne Hough.

For week six, viewers may cast their votes for their favorite couples via phone during and up to 60 minutes after the end of the “Dancing with the Stars” broadcast in each time zone. Online voting at ABC.com at http://dwtsvote.abc.go.com/ and on Facebook at http://bit.ly/2cdE4PL is open for 24 hours, beginning from the start of each episode on the East Coast at 8:00 p.m. EDT/5:00 p.m. PDT and closing at 8:00 p.m. EDT/5:00 p.m. PDT on Tuesday evenings.

Get the scoop on dancing with the stars:

Disclosure:  I am being provided with an all-expense trip by Disney.  As always all opinions are 100% my own.

HAHAHA this was so much fun! A bit embarrassing too, but mostly fun! LOL So glad we were on the same team!