Beauty and the Beast has always been one of my favorite childhood movies. I always wanted to be Belle and wear that gorgeous yellow dress of hers. I had high hopes going into this movie. Every ounce of my childhood self wanted this movie to be spot on.

The story and characters audiences know and love come to spectacular life in the live-action adaptation of Disney’s animated classic Beauty and the Beast, a stunning, cinematic event celebrating one of the most beloved tales ever told. Beauty and the Beast is the fantastic journey of Belle, a bright, beautiful and independent young woman who is taken prisoner by a beast in his castle. Despite her fears, she befriends the castle’s enchanted staff and learns to look beyond the Beast’s hideous exterior and realize the kind heart of the true Prince within.

The film stars: Emma Watson as Belle; Dan Stevens as the Beast; Luke Evans as Gaston, the handsome, but shallow villager who woos Belle; Kevin Kline as Maurice, Belle’s father; Josh Gad as LeFou, Gaston’s long-suffering aide-de-camp; Ewan McGregor as Lumière, the candelabra; Stanley Tucci as Maestro Cadenza, the harpsichord; Audra McDonald as Madame de Garderobe, the wardrobe; Gugu Mbatha-Raw as Plumette, the feather duster; Hattie Morahan as the enchantress; and Nathan Mack as Chip, the teacup; with Ian McKellen as Cogsworth, the mantel clock; and Emma Thompson as the teapot, Mrs. Potts.

The magic of Disney was brought to life once again. I fell in love with Emma Watson as Belle. She was portrayed as a strong, independent woman, and she is the perfect female figure for anyone to look up to.  Be ready for Halloween because I am predicting that every little girl will be dressed up like Belle!

Obviously, the Beast was animated but I ended up developing feelings for him towards the end of the movie. He became such a genuine character. I believe Disney made him perfectly so that he was not too scary for children but believable as well. I think everyone will develop a soft spot for him towards the end.

The music was stuck in my head for hours after the movie. It was very dreamlike as if I were reliving the movie over and over. I had to do everything I could to stop myself from singing along in the theater! I can’t wait for the soundtrack to come out so I can hear Dan Stevens and Emma Watson everyday. If you love Disney music as much as me, you will adore this soundtrack.

Even though this movie caters to a younger audience, I believe adults will love it as well. I personally adored the build up of the romance, and it seemed very natural. The romance never felt forced or awkward.

There were great additions of scenes that took the movie one step further than the animated film as well. I had a deeper understanding of the background of Belle and the Beast.  You can watch the trailer below:

Overall, this movie has lived up to every expectation I have had and more. This film is perfect for every age. Don’t miss out on the opportunity to experience this fantasy! Plus, I just have to say Belle is probably my favorite Disney princess; I just like her style. 😉 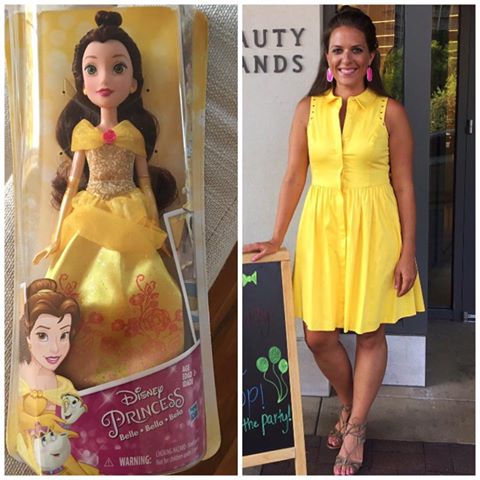 4 Things I Learned from Before I Fall
← Previous
Fashion Lessons For Looking Lovely Day In, Day Out
Next →
Click here to cancel reply.